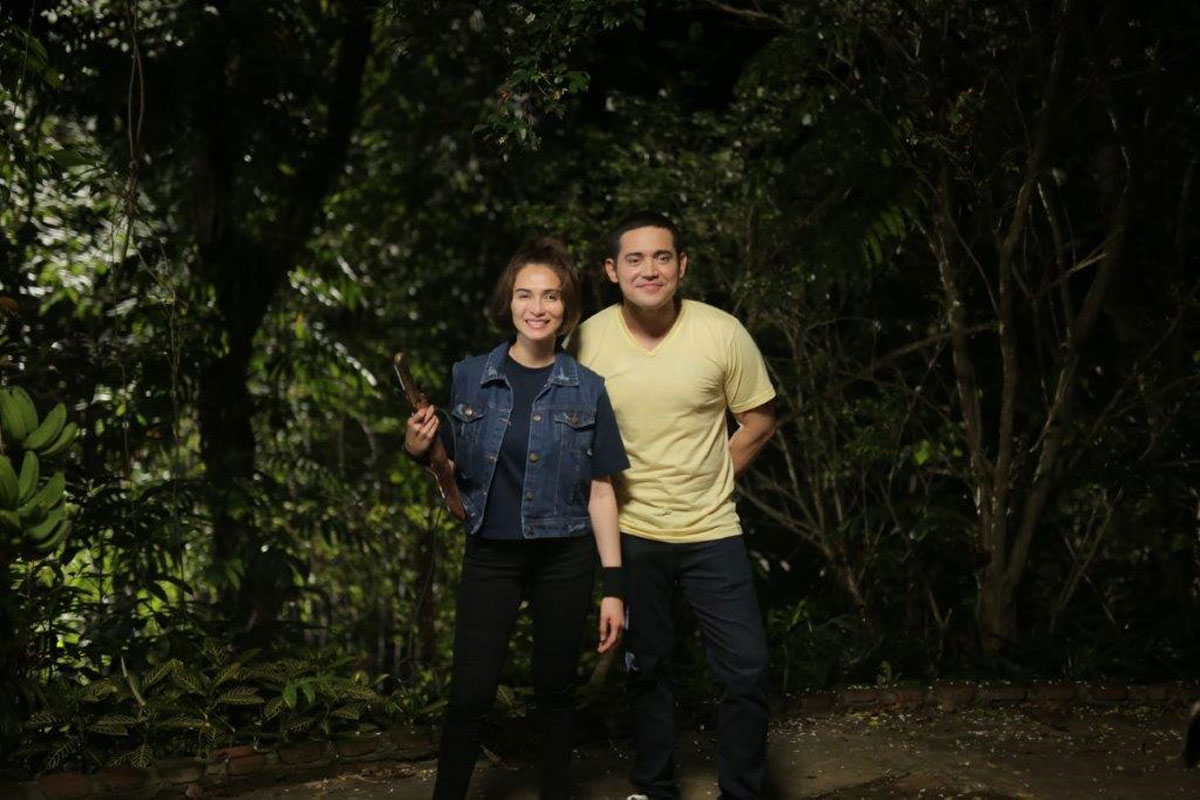 For its initial fresh offering, the top-rating show features two of the Network’s highly-acclaimed and prime artists — Ultimate Star Jennylyn Mercado and versatile actor Paolo Contis — in a gripping, action-packed story that wades through the supernatural and occult with the human race’s existence on the line.

Paolo, in turn, describes his working relationship with the actress and admits also feeling honored to be chosen as one of the stars in the episode, “Matagal ko nang naka-work si Jen and it has always been a pleasure. She’s very professional and she knows what she’s doing. Magaan siya ka-work. Masaya and honored din ako na kami ‘yung na-cast sa pagbabalik ng fresh episodes ng Daig Kayo Ng Lola Ko. Napakasaya nung episode. We made sure of that.”

Angel (Jennylyn), the tomboyish local baker, meets Migs (Paolo), the cocky engineer of the new resort project in town. Migs is instantly attracted to Angel but she rebuffs him. Not one to give up, Migs stays in Angel’s transient home where she lives with her mom, Selma (Shyr Valdez), a mangkukulam.

Selma warns Migs that cutting down the trees in the site where he’ll be building his resort will anger the sombras, dark creatures who dwell in the forest. Migs doesn’t believe in the occult nor does Angel but it turns out that Selma is right. At night, the sombras emerge from the stumps of the felled trees. Their leader, Oscura, wants to eliminate all humans and take over the world with darkness.

Meanwhile, a freak accident causes both Angel and Migs to drink the gayuma which allows Migs to only see Angel and vice versa. After a terrifying encounter with the sombras which almost cost them their lives, Angel and Migs deduce that they’re the only ones left not because of the gayuma but because the sombras took everyone. The two must now set their differences aside and embark on a journey to save Selma and the entire human race.

Join in the fun and exciting adventures of Angel and Migs in Daig Kayo Ng Lola Ko’s Last People on Earth — under the helm of Direk Rico Gutierrez — on Sunday, 7:05 p.m., on GMA.

Catriona gets groove on and puts nu-disco twist to ‘R.Y.F’