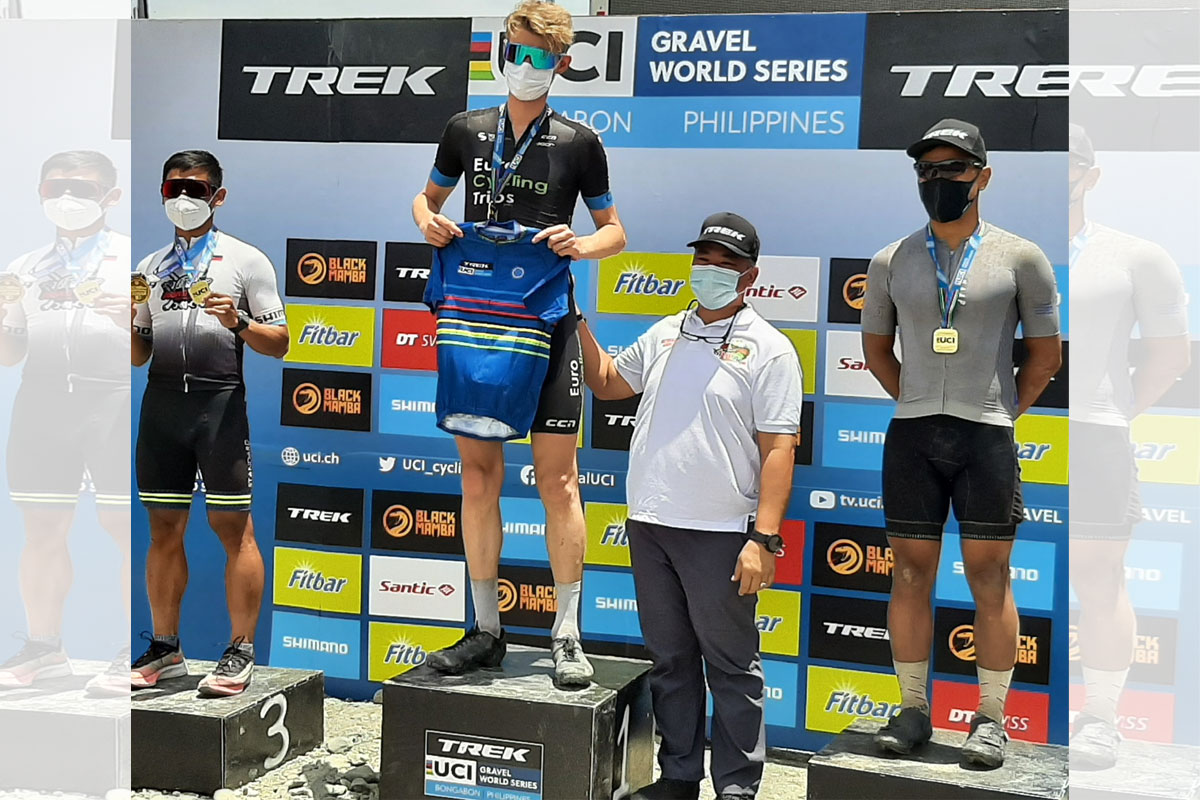 Mayor Allan Xystus A. Gamilla fired off the starting gun and off went some 389 cyclists from all over the world to take part in the biggest biking event dubbed here as “Gravel Filippine Bongabon.”

It was the first time to be hosted here ever by an Asian country like the Philippines.

Rick Nobel, a 27-year-old Dutchman who is a member of the Eurocycling Trips Procycling team emerged as the top finisher in the 19-34 year-old category of the gruelling 85-kilometer off-road course which served as the qualifying round in the next leg scheduled in Australia.

Nobel clocked in at 3 hours, 11 minutes and 38 seconds to finish ahead of the pack that included 15 homegrown cyclists from this town, who is known for its annual holding of the Sibuyas Festival in honor of the local farmers.

He was followed by second placer Mervin Santiago at a time of 3:11:47 and third Jarwyn Banatao (3:11:48), of the Trek Phils/Opus Land team and of the Janzbike Racing team, respectively.

When asked how did he find the course here, Nobel said the course is very nice and he plans to come back next year.

Nobel also admitted he is just a “normal guy” when it comes to cycling, noting that he’s got a full time job back home and he said the level of competition in Netherlands, his country is very high.

Its hosting of the prestigious Gravel World Series here, the mayor said, is aimed to showcase the town’s tourism potentials as “Biking Capital of the Philippines” for possessing one of the best off-road courses in the country.