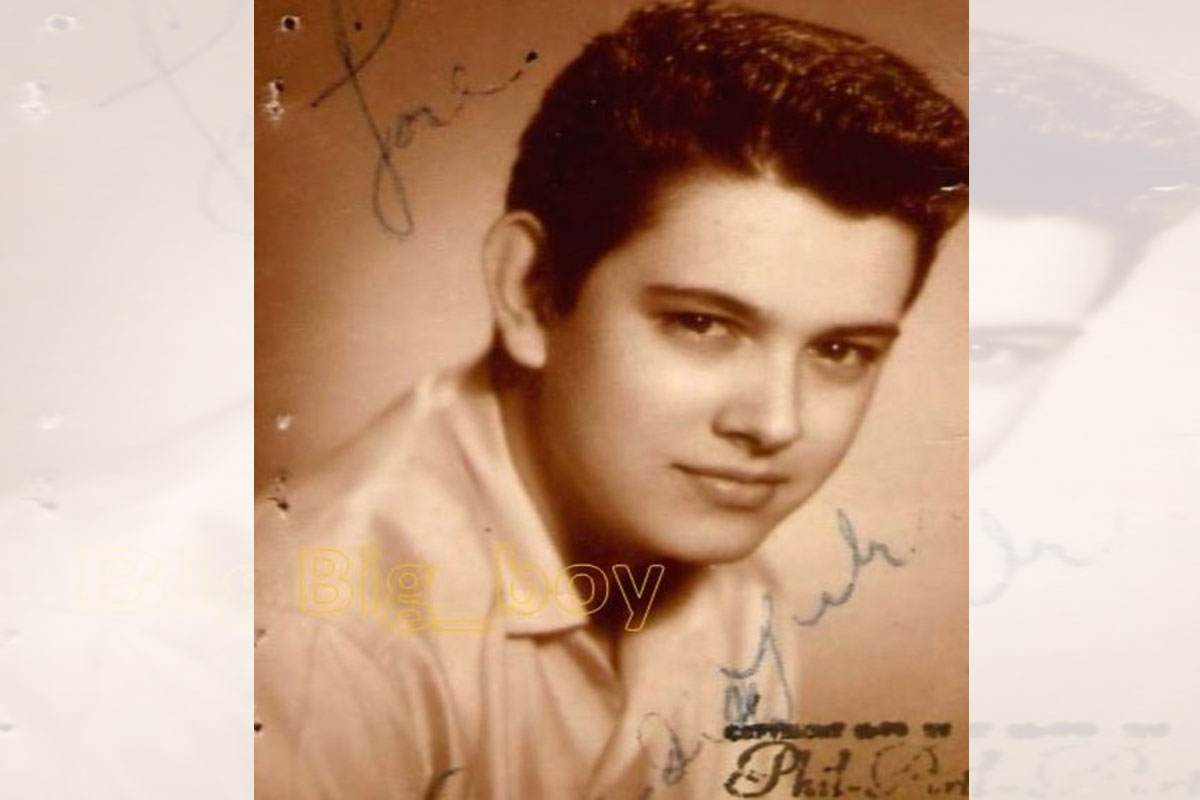 Eddie when he started in Sampaguita Pictures at 16 years old

EDDIE Gutierrez was born on February 6, 1942, so he turned 80 years old last Monday. He is the last man standing among the leading men of Sampaguita Pictures who shone brightly in the 50s and the 60s.

His contemporaries like Romeo Vasquez, Jose Mari Gonzalez, Juancho Gutierrez, Lito Legaspi, Vic Vargas, including older co-stars like Luis Gonzales, Ric Rodrigo, Van de Leon and even Dolphy with whom he did many movies, have all gone to the Great Beyond.

Eddie started as a teen heartthrob and matinee idol being paired with the top leading ladies of his time. He just finished high school at San Sebastian when he was discovered. We remember first seeing him in the 1958 costume picture, “Prinsesa Gusgusin” starring Susan Roces, where he played one of the palace guards.

He was later introduced in the 1959 launching movie of Jose Mari, “Handsome”. Shortly after that, he started playing lead roles and even did title roles in films like “Eddie Long Legs”, “Pogi” and “Eddie Loves Susie”. There was a time he was making 5 to 6 movies in one year.

In the late 70s, he figured in a car accident and went to the States to recuperate. Annabelle Rama followed him and that’s where they eventually got married. They have six kids (those who followed his footsteps in showbiz are Ruffa, Richard and Raymond Gutierrez.) And he also has a son each with Pilita Corrales (Ramon Christopher) and Liza Lorena (Tonton Gutierrez).

In 1986, after Martial Law was lifted, Mother Lily Monteverde convinced him to come home and resume his acting career. He was paired anew with Susan Roces in “Inday, Inday sa Balitaw” and it was a big hit so more film projects followed. All of them hits like “Asawa Ko, Huwag Mong Agawin”, “Nasaan Ka Nang Kailangan Kita”, “Lahing Pikutin”, “Paano Kung Wala Ka Na”.

Eddie’s acting chops truly developed over time and he first won a best supporting actor award as the main villain in the action film, “Uubusin Ko ang Lahi Mo”, in 1991. He is the only actor in the history of Philippine cinema who has won both the best supporting actor and best actor award for the same role. This is for his persuasive portrayal of Maricel Soriano’s strict and controlling father in “Ikaw Pa Lang ang Minahal” in 1992.

Eddie is also one of the friendliest actors we’ve known in showbiz. In presscons, he will be the first to greet and acknowledge you. He has lived a long, fruitful and truly productive life. Our birthday wish for him is may he continue to have good health always, and more acting projects to come, since he is still willing and able to face the cameras. For all his contributions to the industry (including his kids), he truly deserves a lifetime achievement award.

Gabby and Alice comfortable with each other