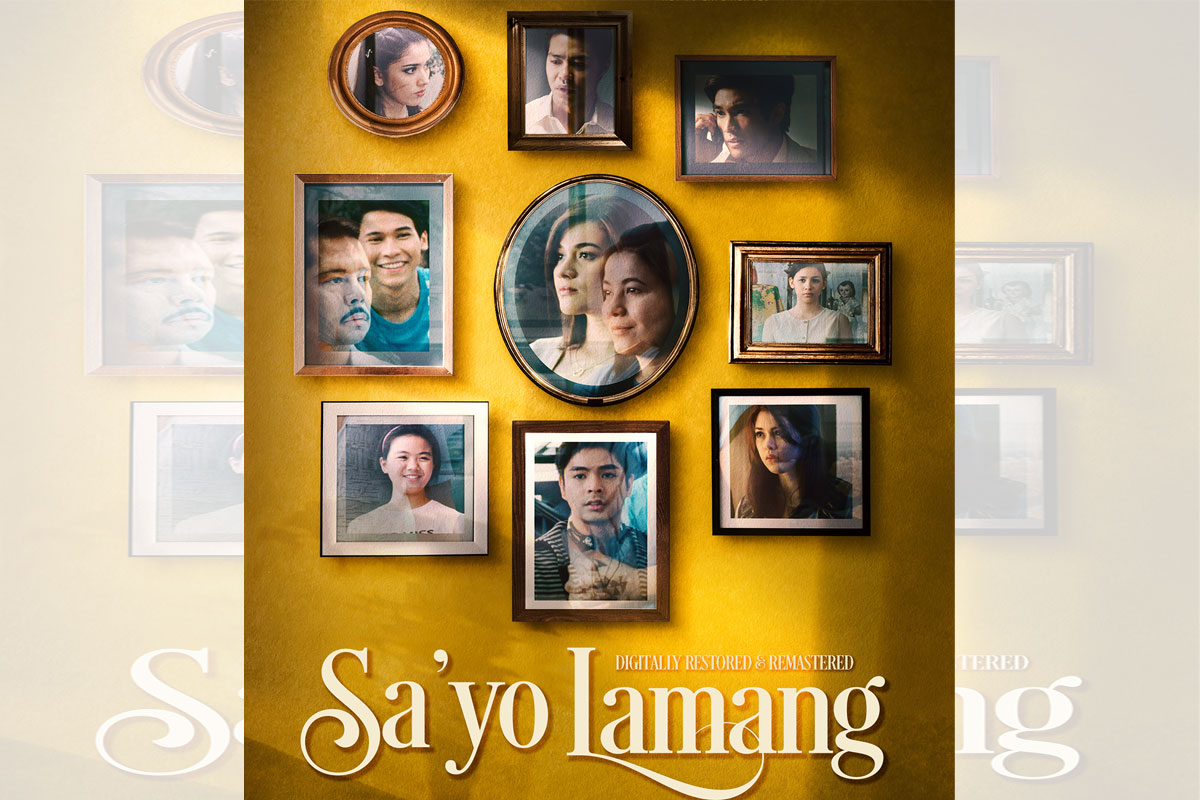 The film’s premiere is a part of the Sagip Pelikula Festival’s ongoing tribute to the career of Christopher de Leon, featuring screenings of his other restored cinematic classics, including Dekada ’70, Cain at Abel and Eskapo, among others.

From the director of another family-drama hit Tanging Yaman, Laurice Guillen, comes another film ready to move viewers with its heartfelt drama, featuring the story of Dianne (Bea) and how she managed a happy life for her mother Amanda (Lorna) and her siblings despite living without a father who deserted them for his mistress.

Ten years after their father Franco (Christopher) left for his other woman, he suddenly made his return to his family, seeking forgiveness from them.

Although Dianne has been warning them about accepting him again into their lives, Amanda and the rest of their family welcomed Franco to start anew.

Reluctant to recognize him as their father once more, the dispute between Dianne and Franco only worsens, leading to other heated confrontations among their family.

Despite the turmoil caused due to Franco’s unexpected return, will Dianne learn to forgive and accept her father to mend their broken family?

The premiere screening of the digitally restored and remastered version starts at 7:30 p.m. in the ongoing Sagip Pelikula Festival on KTX.

As a special treat to viewers, there will be a pre-show before each screening, featuring a one-on-one interview with Christopher.

Apart from the premiere, today’s viewers can continue to relive Boyet’s cinematic crafts as Sagip Pelikula Festival features more of his films, with the inclusion of Hindi Nahahati ang Langit, Kakabakaba Ka Ba? and Kasal? on KTX beginning tomorrow, December 1.

ABS-CBN Film Restoration celebrated its 10th year of restoring and remastering films from directors and writers of note for today’s viewers to appreciate through its Sagip Pelikula initiative.