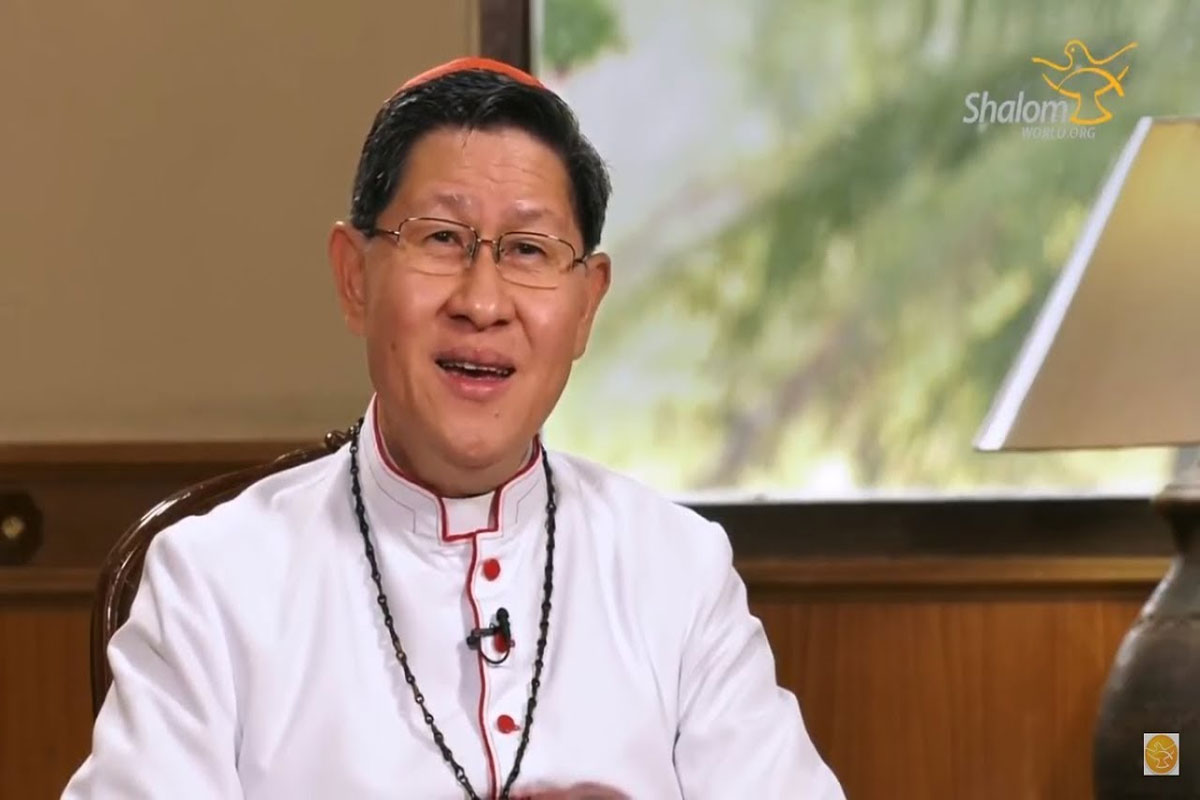 WHILE the COVID-19 pandemic led many Catholic dioceses and organizations to find creative ways to communicate the Gospel online, the head of the Vatican’s missionary office said digital evangelization is not a replacement for personal encounter.

Cardinal Luis Antonio Tagle pointed out that there are some facts of life that cannot be digitalized and cannot remain digitalized.

“We are corporeal beings. We need contact. As we thank the digital media for its blessings, let us not forget that … there are other intelligences that need to be developed,” he said.

The cardinal stressed that in addition to their digital savvy, young people need to also develop relational and emotional intelligence.

“There is a calling for us in the Church, to develop the other types of intelligences,” he added.

Tagle noted the limitations of some social media platforms, using Twitter as an example, pointing out that with its character limit, there is no appreciation anymore of the complexity of context.

He said that “a certain comportment of mind and heart” and intelligence is needed to generate trust again at a time when there is “a lot of distrust” in the world.

The Filipino cardinal spoke at a press conference for World Mission Sunday, which will be celebrated in Catholic dioceses across the world this weekend on Oct. 24.

Tagle shared an experience he had when visiting a refugee camp, when he was approached by the head of the camp to ask him why Christians were doing so much to help refugees.

“And I felt like he was not only curious, he wanted to really know the secret of our sacrifice, of our love and compassion. The Holy Spirit used him to open the door, so I said: ‘Our Master Jesus Christ taught us to love everyone.’ And you know what he said? ‘I want to get to know your Master, Jesus Christ,’” he recounted.

Tagle, the former archbishop of Manila, has served as the prefect of the Vatican Congregation for the Evangelization of Peoples since December 2019. He is also the president of Caritas International and the Catholic Biblical Federation.

At the height of lockdown restrictions last year, Tagle said that the requests for Bible formation online through the Catholic Biblical Federation increased.

He expressed gratitude that the internet could be used as a tool to sustain some sort of relationships at that time when visits to family and parish activities were restricted.

World Mission Day, also known as World Mission Sunday, was established by Pope Pius XI in 1926. It is usually observed on the third Sunday of October.

This year’s theme is: “We cannot but speak about what we have seen and heard” (Acts 4:20).

Pope Francis released his message for World Mission Day 2021 on Jan. 29. In it, the pope warned Catholics not to succumb to the temptation of justifying indifference on the basis of COVID-19 restrictions.

Each year on World Mission Sunday, a worldwide collection is taken in support of the Pontifical Mission Societies, an umbrella group of Catholic missionary societies under the jurisdiction of the pope.

They include the Society for the Propagation of the Faith, the Society of St. Peter the Apostle, the Holy Childhood Association, and the Missionary Union of Priests and Religious.

“So we are reminded this Sunday, this World Mission Sunday, that spirituality and encounter with the Lord is always missionary. And mission is always also spiritually grounded in an experience of Jesus, an experience that moves us out of ourselves, to share Jesus to all the nations,” Tagle said.