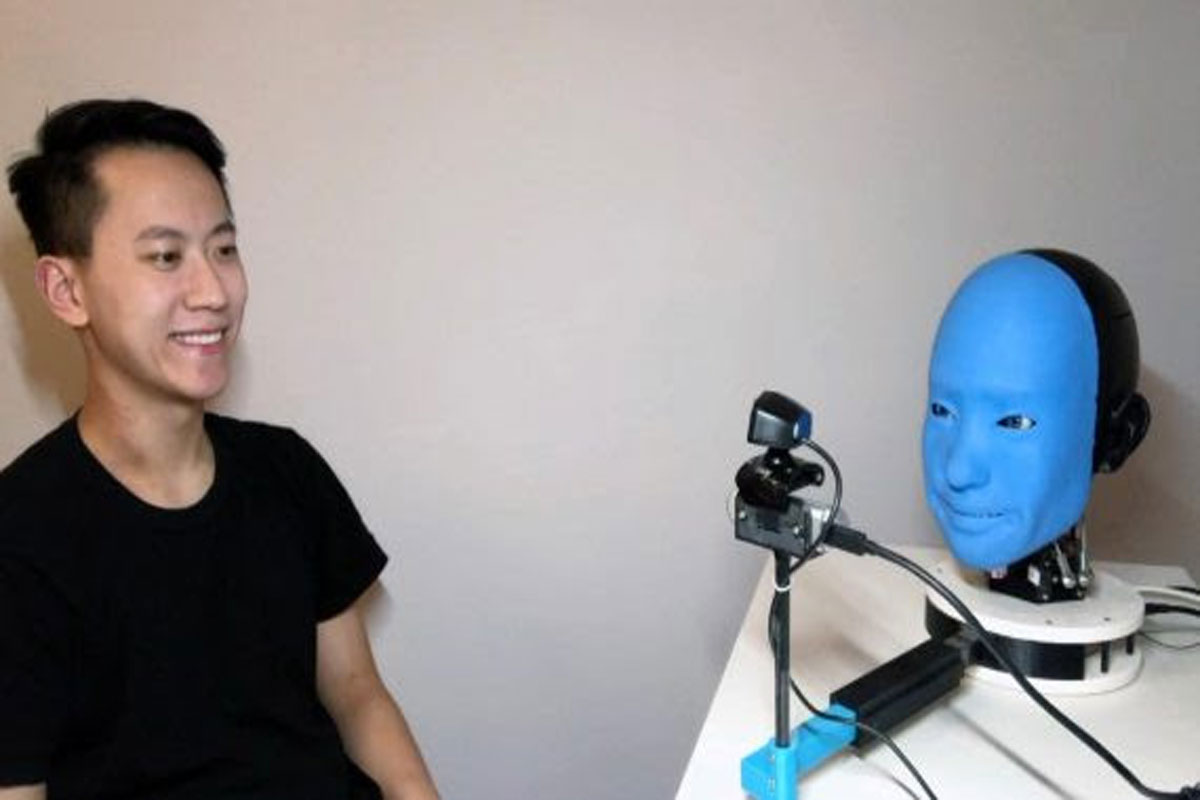 Robots may be taking away our jobs, but one consolation (perhaps the ONLY consolation) is that they don’t ever seem to look like they’re enjoying it. Then again, how many of you look like you enjoy your job … at least pre-pandemic? Well, some robots have decided to rub our human noses into our job losses by curling that thing underneath THEIR useless noses into the creepiest smile ever. If you’ve been searching for incentive to rise up against our robot overlords, that look may be it.

“The idea for EVA took shape a few years ago, when my students and I began to notice that the robots in our lab were staring back at us through plastic, googly eyes.”

Hod Lipson, James and Sally Scapa Professor of Innovation (Mechanical Engineering) and director of the Creative Machines Lab at Columbia Engineering (Columbia University), explains in a press release how an observation by students who hadn’t yet gotten jobs that they would eventually lose to robots turned into a study called “Smile Like You Mean It: Driving Animatronic Robotic Face with Learned Models” which led to the development of EVA, an autonomous robot with a soft face and AI Learning algorithms it used to mimic the facial expressions of humans around it. 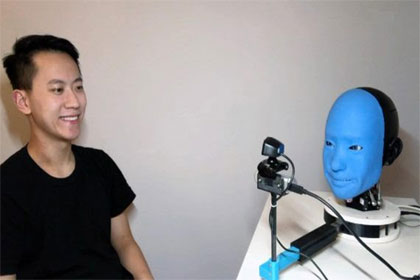 “The greatest challenge in creating EVA was designing a system that was compact enough to fit inside the confines of a human skull while still being functional enough to produce a wide range of facial expressions.”

Undergraduate student Zanwar Faraj led the team in developing artificial cable-and-pulley facial muscles to replace the more than 42 tiny muscles in a human face. That gave the robot the ability to express the six basic emotions of anger, disgust, fear, joy, sadness, and surprise, plus an array of more nuanced feelings. Over the mechanics they stretched a blue skin resembling a member of the popular and much-loved Blue Man Group performance art company. To make the robotic face closer to a human one than the animatronic robots at theme parks, they gave EVA deep learning artificial intelligence to “read” and then mirror the expressions on nearby human faces, and then learn more by watching videos of itself. In that way, EVA obtained a ‘self-image’.

“I was minding my own business one day when EVA suddenly gave me a big, friendly smile. I knew it was purely mechanical, but I found myself reflexively smiling back.”

Hod Lipson was one of the first to come under the control of EVA. He admits that his reflex response to the smiling EVA was one of the goals of the project – he had noticed that grocery stores using restocking robots often decked them out in name badges and clothing to give them a human identity, and decided the next step was to make a robot that could control that identity and its responses itself.

“Our brains seem to respond well to robots that have some kind of recognizable physical presence.”

That’s true … but is it wise? Boyuan Chen, a PhD student who led the software phase of the project, added this:

“Robots are intertwined in our lives in a growing number of ways, so building trust between humans and machines is increasingly important.”

What could possibly go wrong?

What’s the harm in making a robot smile? What’s the first thing a con man does? Or a politician? Or a pusher? A kidnapper? Anyone looking to win your trust before they violate it?

We now have a smiling robot that can make you reflexively smile back. What do you think it’s going to say as it smilingly leads you away and you ask it to tell you where it’s taking you? You’ve seen this movie before. 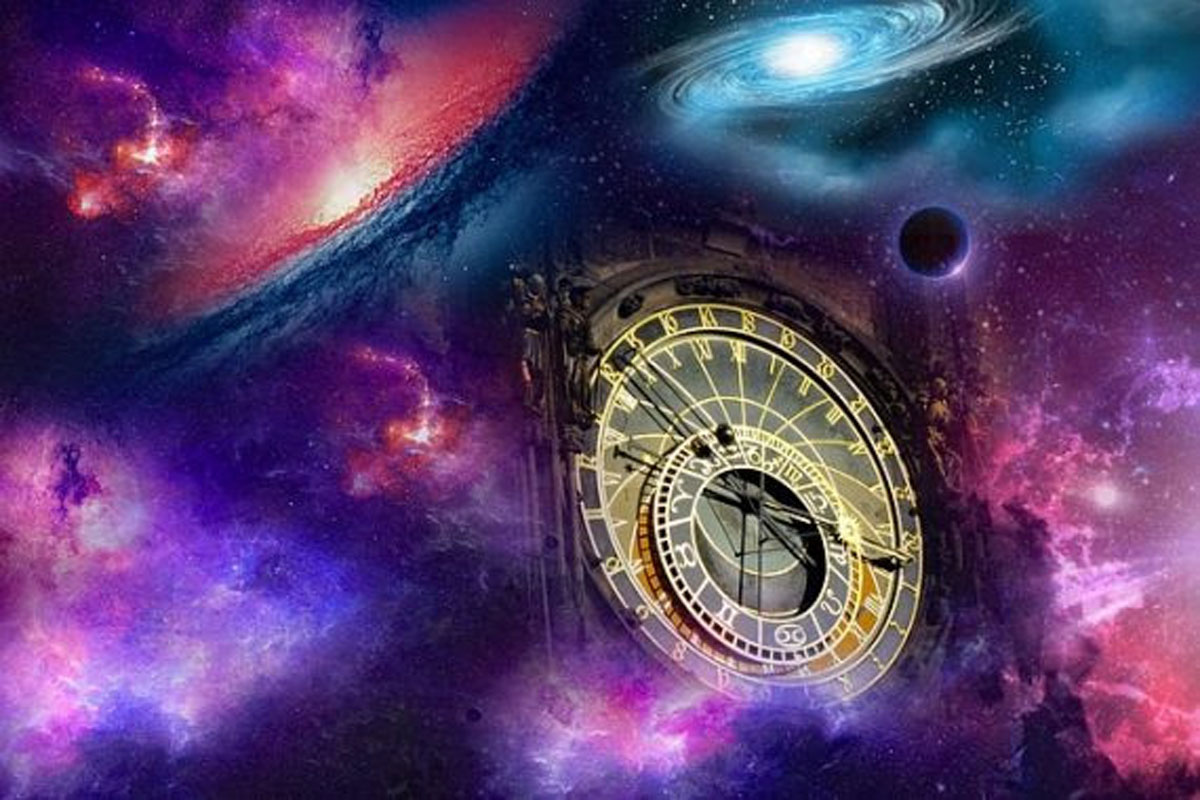 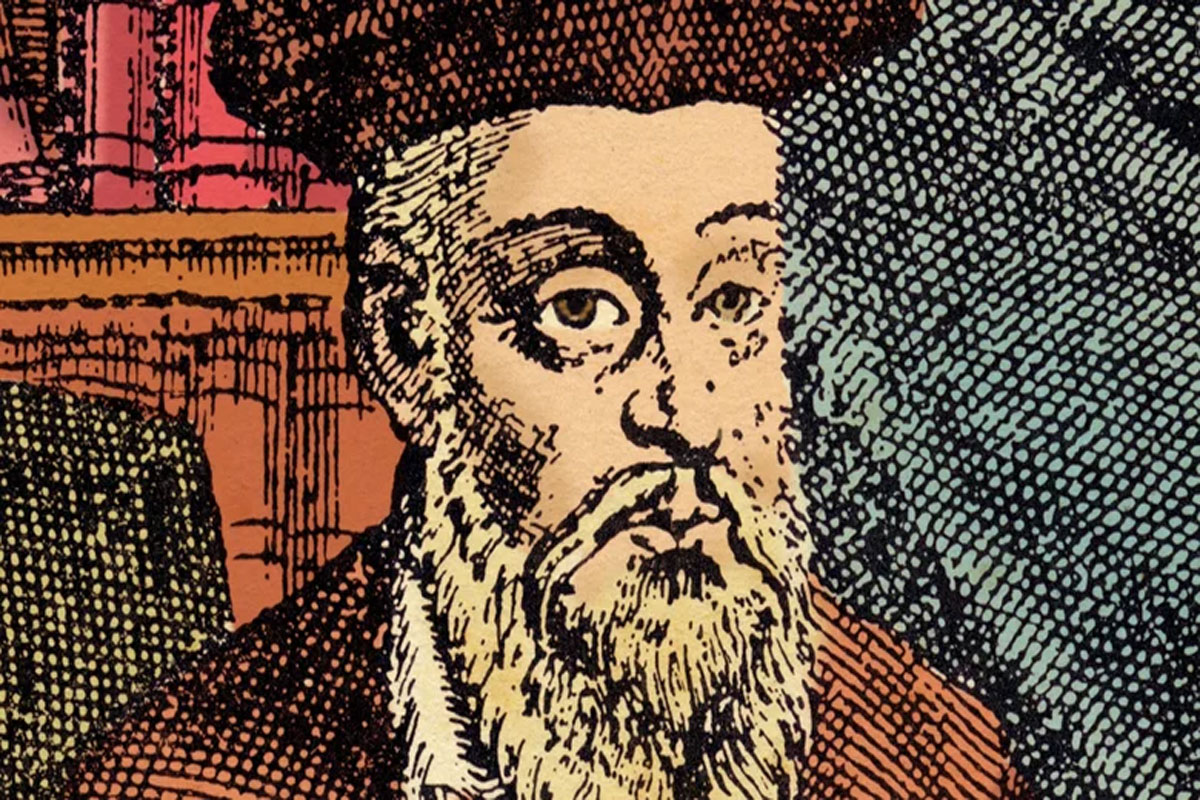 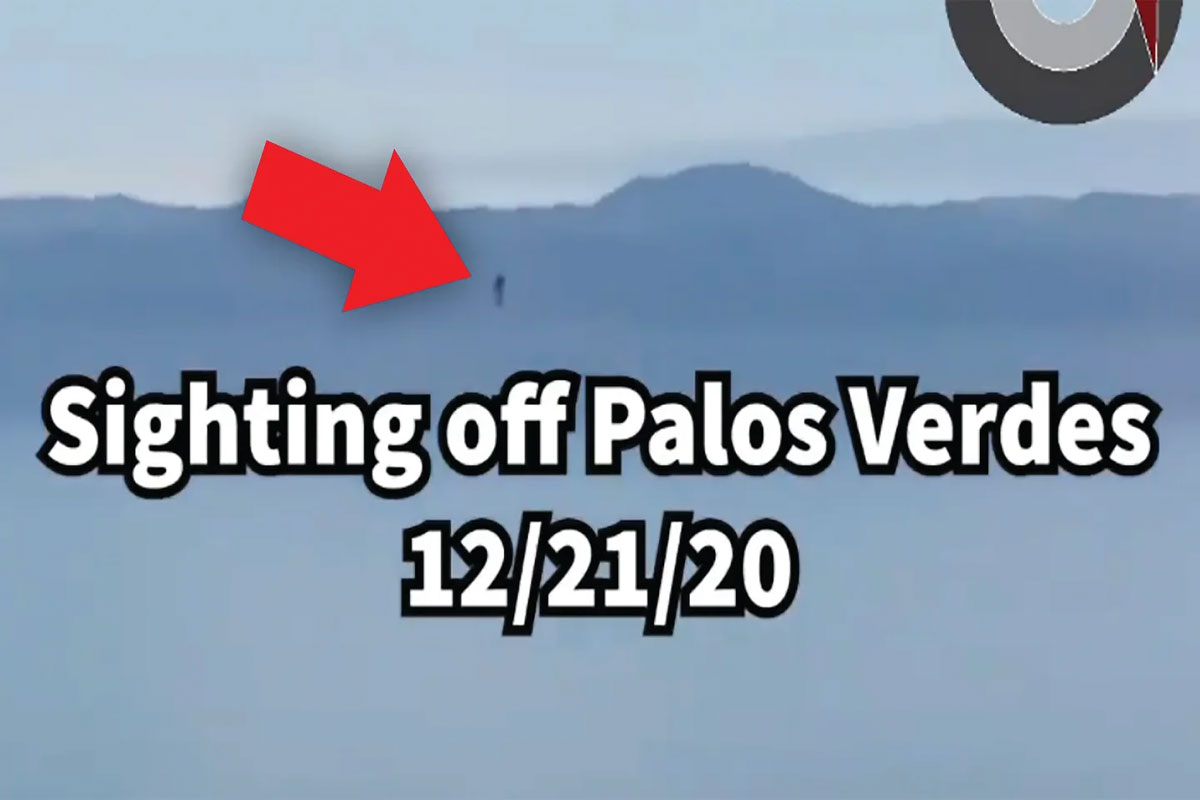