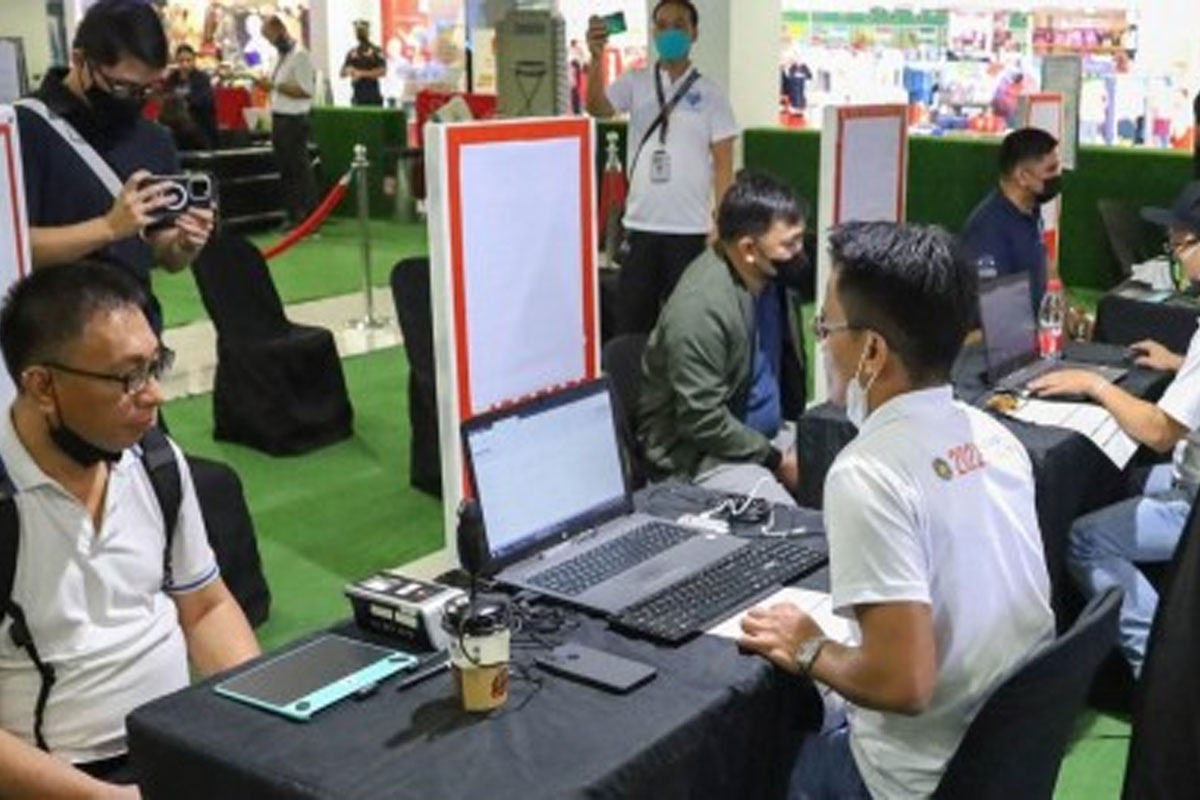 EXERCISE YOUR RIGHTS — The Commission on Elections holds a demonstration for the Register Anywhere Project at mall in Manila on Nov. 4, 2022. The initiative kicked off Saturday (Dec. 17) in five malls in Metro Manila and one each in Tacloban City in Leyte, Legazpi City in Albay, and Naga in Camarines Sur. Courtesy of Comelec
Nation,

THE Commission on Elections (Comelec) reported Saturday the success of the pilot testing of the Register Anywhere Project (RAP) held at malls in Metro Manila, Leyte province, and the Bicol Region.

“We are monitoring every mall. Initially very successful. Security guards registered first. This is a good start,” he said in an interview at SM Fairview in Quezon City.

“This aims to provide convenience and remedies to voters who are temporarily residing in areas outside their actual city, municipality, or district of residence. If the pilot will be successful, a voter can register or update their registration in any Comelec office nationwide,” Comelec Eastern Visayas Director Jose Nick Mendros said in an interview.

Mendros said they sent letters to government offices and tertiary schools based in Tacloban and nearby Palo town to inform them about the RAP.

As of October, Eastern Visayas has 3,221,370 registered voters for the barangay elections and 1,306,499 for Sangguniang Kabataan. Both polls are scheduled in October 2023.

Garcia chief reiterated his call to register early and not wait for the final phase.

“People should take advantage while it’s still early. It’s more relaxed and at the same time, you can go shopping or go around the mall afterwards. Just bring a government-issued identification. It’s easy and our RAP personnel will help you,” he said.

Registration at Comelec and satellite offices is also ongoing Mondays to Fridays, from 8 a.m. to 5 p.m., until Jan. 31.

Comelec spokesperson John Rex Laudiangco said they are coordinating with the Commission on Higher Education to have registration sites in universities and colleges while the Department of Transportation helps in information dissemination through posters at the Light Rail Transit and Metro Rail Transit stations. Philippine News Agency