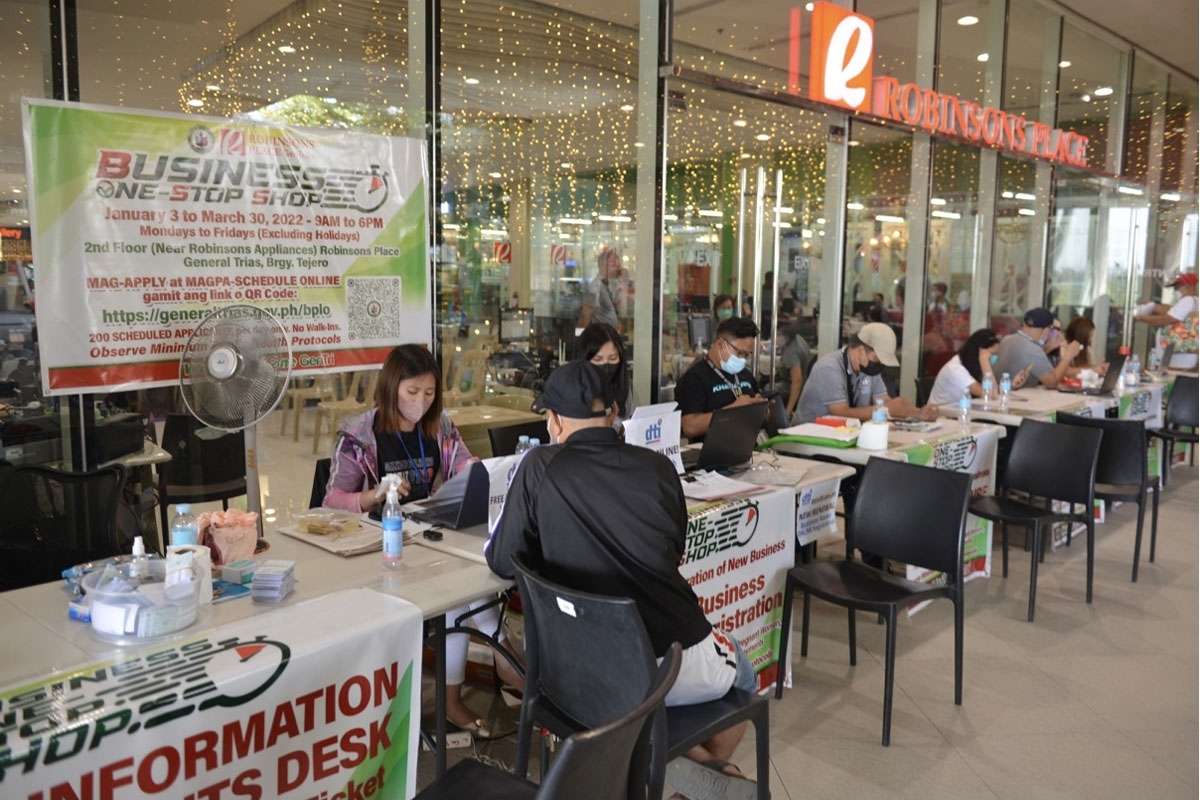 General Trias City’s BOSS program is located at the 2nd floor of Robinson’s Place GenTri in Tejero and will operate until January 31, 2022. Photo by DENNIS ABRINA
Provincial,

GENERAL TRIAS CITY, Cavite — Seven cities and 16 towns in Cavite have formally opened their respective Business One Stop Shops (BOSS) programs to facilitate the tax payment of investors in their respective localities on Monday, January 3, 2022.

Each locality has taken steps to facilitate the process in a more spacious area amid the threat of COVID-10 in the country.

General Trias relaunched its tax payment system on the second floor of Robinson’s Place in Brgy. Tejero from January 3 to March 30, 2022.

Only 200 applicants will be accommodated per day from 9 a.m. to 6 p.m. Mondays to Fridays.

According to Business Permit and Licensing Office (BPLO) head, Romel Olimpo, No walk-in applicants are allowed and should observe safety measures in compliance with government guidelines.

Only applicants will be admitted to the BOSS area. Clients with special needs(Senior Citizens, Pregnant Women, and PWDs) may bring a companion.

“Kagandahan dito, they will go here for just for payment for the online transaction. Kaya mabilis ang process and also observed and social distancing with minimal people around,” said Romel Olimpo.

In the neighboring town of Noveleta, for the second consecutive year, Noveleta opened its Business One Stop Shop (BOSS) at the 2nd floor of the Primark Town Center in Barangay Magdiwang starting January 3, 2022 to ease the government taxes payment system in the locality.

“We make it here again for the convenience of local tax payers and for space in accordance with government guidelines,” said Mayor Dino Chua.