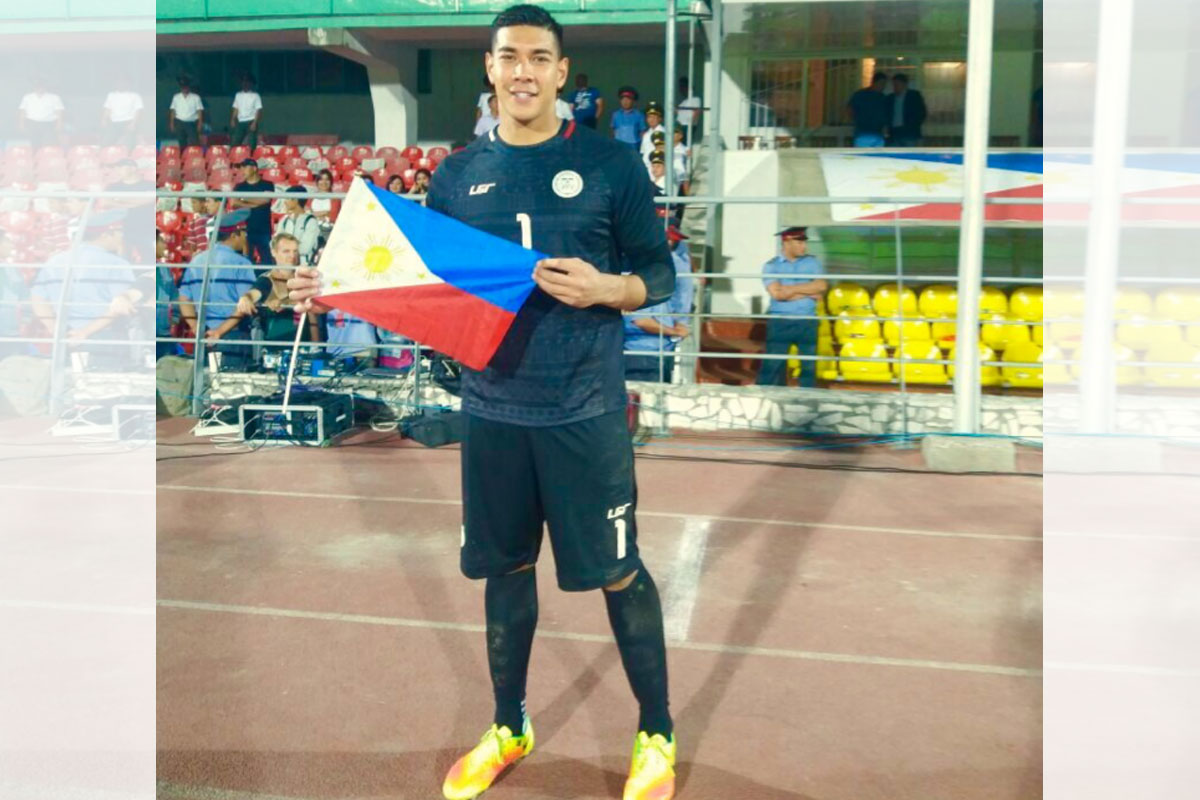 THE Philippine Azkals have arrived in Singapore on Monday night to compete in Tri-Nations friendly series.

Goalkeeper Neil Etheridge of the English football second-tier Birmingham City was among the 25 players who were called up to represent the Philippines for the Singapore international friendlies.

With a lot of young standouts in the squad, Etheridge is looking forward for his role to guide them being one of the most experienced players.

Etheridge has been capped 45 times for his country and is set to make his return after missing the team’s previous campaign in AFF Suzuki Cup back in December last year.

“As a senior, the players will be look up for me. It will be a different challenge.”

The Azkals are set to take on Malaysia today and Singapore on Saturday, both at the Singapore National Stadium.

While Etheridge is raring to go to man the post anew, striker Gerrit Holtmann’s much-awaited Azkals debut will have to wait.

His Bundesliga club VfL Bochum 1848 announced on Sunday night that the 26-year-old Fil-German has tested positive for COVID-19.

General’s daughters at Sports On Air