Journal News / Mysterties / An ‘Internet apocalypse’ could ride to Earth with the next solar storm, new research warns 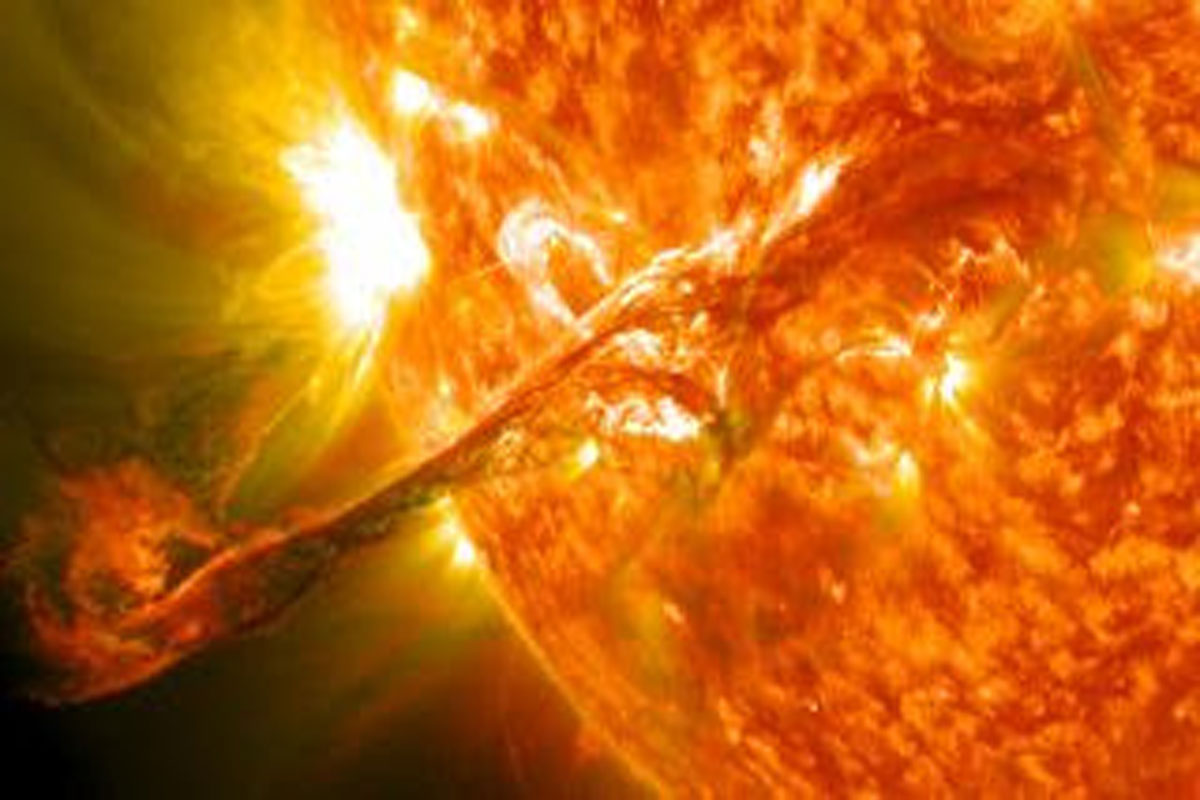 An ‘Internet apocalypse’ could ride to Earth with the next solar storm, new research warns

By Brandon Specktor 2 days ago

The underwater cables that connect nations could go offline for months, the study warns.

A solar storm, or coronal mass ejection (CME), erupts from the sun in August 2012.

The sun is always showering Earth with a mist of magnetized particles known as solar wind. For the most part, our planet’s magnetic shield blocks this electric wind from doing any real damage to Earth or its inhabitants, instead sending those particles skittering toward the poles and leaving behind a pleasant aurora in their wake.

But sometimes, every century or so, that wind escalates into a full-blown solar storm — and, as new research presented at the SIGCOMM 2021 data communication conference warns, the results of such extreme space weather could be catastrophic to our modern way of life.

In short, a severe solar storm could plunge the world into an “internet apocalypse” that keeps large swaths of society offline for weeks or months at a time, Sangeetha Abdu Jyothi, an assistant professor at the University of California, Irvine, wrote in the new research paper. (The paper has yet to appear in a peer-reviewed journal).

“What really got me thinking about this is that with the pandemic we saw how unprepared the world was. There was no protocol to deal with it effectively, and it’s the same with internet resilience,” Abdu Jyothi told WIRED. “Our infrastructure is not prepared for a large-scale solar event.”

Part of the problem is that extreme solar storms (also called coronal mass ejections) are relatively rare; scientists estimate the probability of an extreme space weather directly impacting Earth to be between 1.6% to 12% per decade, according to Abdu Jyothi’s paper.

In recent history, only two such storms have been recorded — one in 1859 and the other in 1921. The earlier incident, known as the Carrington Event, created such a severe geomagnetic disturbance on Earth that telegraph wires burst into flame, and auroras — usually only visible near the planet’s poles — were spotted near equatorial Colombia. Smaller storms can also pack a punch; one in March 1989 blacked out the entire Canadian province of Quebec for nine hours.

Since then, human civilization has become much more reliant on the global internet, and the potential impacts of a massive geomagnetic storm on that new infrastructure remain largely unstudied, Abdu Jyothi said. In her new paper, she tried to pinpoint the greatest vulnerabilities in that infrastructure.

The good news is, local and regional internet connections are likely at low risk of being damaged because fiber-optic cables themselves aren’t affected by geomagnetically induced currents, according to the paper.

However, the long undersea internet cables that connect continents are a different story. These cables are equipped with repeaters to boost the optical signal, spaced at intervals of roughly 30 to 90 miles (50 to 150 kilometers). These repeaters are vulnerable to geomagnetic currents, and entire cables could be made useless if even one repeater goes offline, according to the paper.

If enough undersea cables fail in a particular region, then entire continents could be cut off from one another, Abdu Jyothi wrote. What’s more, nations at high latitudes — such as the U.S. and the U.K. — are far more susceptible to solar weather than nations at lower latitudes. In the event of a catastrophic geomagnetic storm, it’s those high-latitude nations that are most likely to be cut off from the network first. It’s hard to predict how long it would take to repair underwater infrastructure, but Abdu Jyothi suggests that large-scale internet outages that last weeks or months are possible.

In the meantime, millions of people could lose their livelihoods.

“The economic impact of an Internet disruption for a day in the US is estimated to be over $7 billion,” Abdu Jyothi wrote in her paper. “What if the network remains non-functional for days or even months?”

The 12 strangest objects in the universe

9 Ideas about black holes that will blow your mind

If we don’t want to find out, then grid operators need to start taking the threat of extreme solar weather seriously as global internet infrastructure inevitably expands. Laying more cables at lower latitudes is a good start, Abdu Jyothi said, as is developing resilience tests that focus on the effects of large-scale network failures.

When the next big solar storm does blast out of our star, people on Earth will have about 13 hours to prepare for its arrival, she added. Let’s hope we’re ready to make the most of that time when it inevitably arrives.

The Buckwheat Beast: A Curious Legend of a Chinese “Monster”