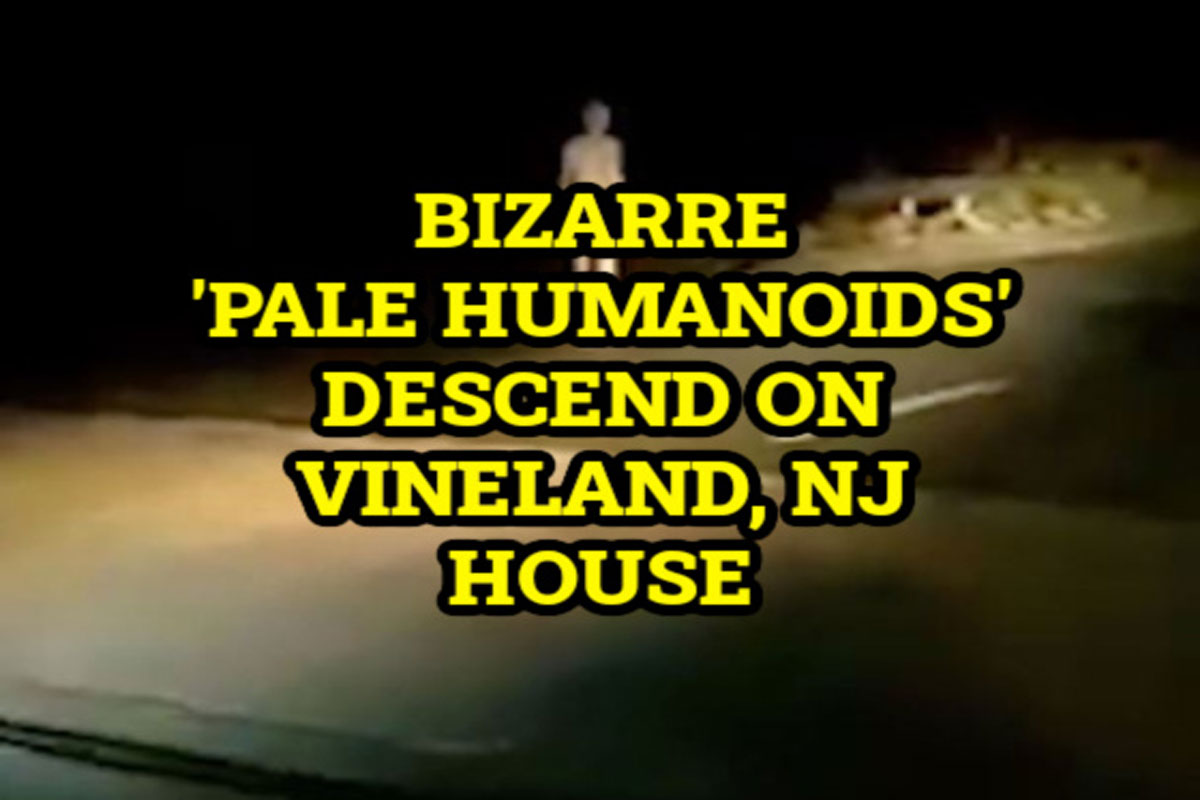 Police are called to a residence near Vineland, New Jersey for domestic violence. There was a stabbing and other assaults. Not long after, the neighbor witnessed strange ‘humanoids’ around the house.

“So, we’ve all heard of hauntings and such, but have anyone ever heard of house ghouls? They lurk inside you homes undetected by the naked eye. They live inside the cracks and walls of your home. Mainly crawlspaces, attics or basements. Not sure if they are supernatural beings or not, but I once encountered it.

The neighbor’s house and mine were maybe 80 or 100 feet away, when I lived in South Jersey (near Vineland). The neighbors aren’t what you would call quiet neighbors. They had the county police out there a couple times, mainly domestic calls for their adult son from within the home. He may have autism or some other type of learning or developmental disability because he would lash out in anger sometimes in the household. It was just the father and the mother with their son residing there.

One night the ambulance and police came out to the house and they brought the son out of the home on a stretcher screaming or something. It looked like visible blood, but I really couldn’t see anything due to the glare of the police lights and EMS strobes lighting up the area. His mother was also taken to medical center and his father stayed at the home.

A day or two later, no one was at the home and it looks like they moved out. It seemed like they just up and left. We’re in a little small town also, so I would think somebody would’ve seen somebody leave. I was able to cure my intense curiosity when a buddy of mine, who I went to high school with, was a EMT that night at the house and I was able to catch him at the local bar.

Sitting at bar I go up and ask him, “Oscar, what the hell happened that night? He calmly looks at me with a humpf and grin then responds, “Crazy shit.” He told me that the son snapped, took a pairing knife and stabbed his mother in the neck. Then he went after the old man. The father was able to shove his son inside a closet and lock the door until police arrived. While inside the closet the son then started a bellowing scream almost like a howl. When police opened the door he had took the paring knife and stabbed all inside his navel then gouged his right eye out. He screamed the whole way out of the home and all the way to the hospital.

I then said, “Wow, do you think he just snapped?” My friend then said, “Nah, it’s definitely the house.” I then chuckled it off. The exact same night, later on, I seen what looked like people at the home. There was discarded furniture at the end of the lawn for the trash collection. Couches, tables, chairs and other things I assumed were clothes inside of black trash bags. It’s not uncommon for people to search through trash or furniture though. So, as I was going to look away, I noticed these little elderly-like people. They were hunched over, with very skinny bodies and protruding round bellies. Seemed like they were balding with just very thinning strands of cotton like hair illuminated by the dimming garage light.

I go out to take a look further and I see two of them rummaging about the trash. One of them then goes around to the side of the house, no more than 4’4″ tall stocky build. The skin was like a pale sweaty hide, arms were short at the shoulder and long at the elbows. They also walked with a hobble and disgustingly snorted as it walked. The other was a bit taller, maybe around 5’11” with short arms, long fingers and long skinny legs but walked hunched over. If it stood straight up, maybe it would stand around 7 foot. Both had very deep eye sockets. You could barely see any eyes.

In total disbelief of what I’m seeing I had to wake my wife up and show her. She then goes and make saltwater. She then said a African Orishas prayer, opened the door poured the water on our doorstep and porch and closed it. We then watched the things try to get back inside the empty home then they were gone. I later find out that a lady lived there way before I was born and she charged people to do seances. She was a medium. Needless to say I don’t live around there anymore.” D

More on the Matter of the Supernatural Side of Unidentified Apes – and Monkeys, Too

An ‘Internet apocalypse’ could ride to Earth with the next solar storm, new research warns