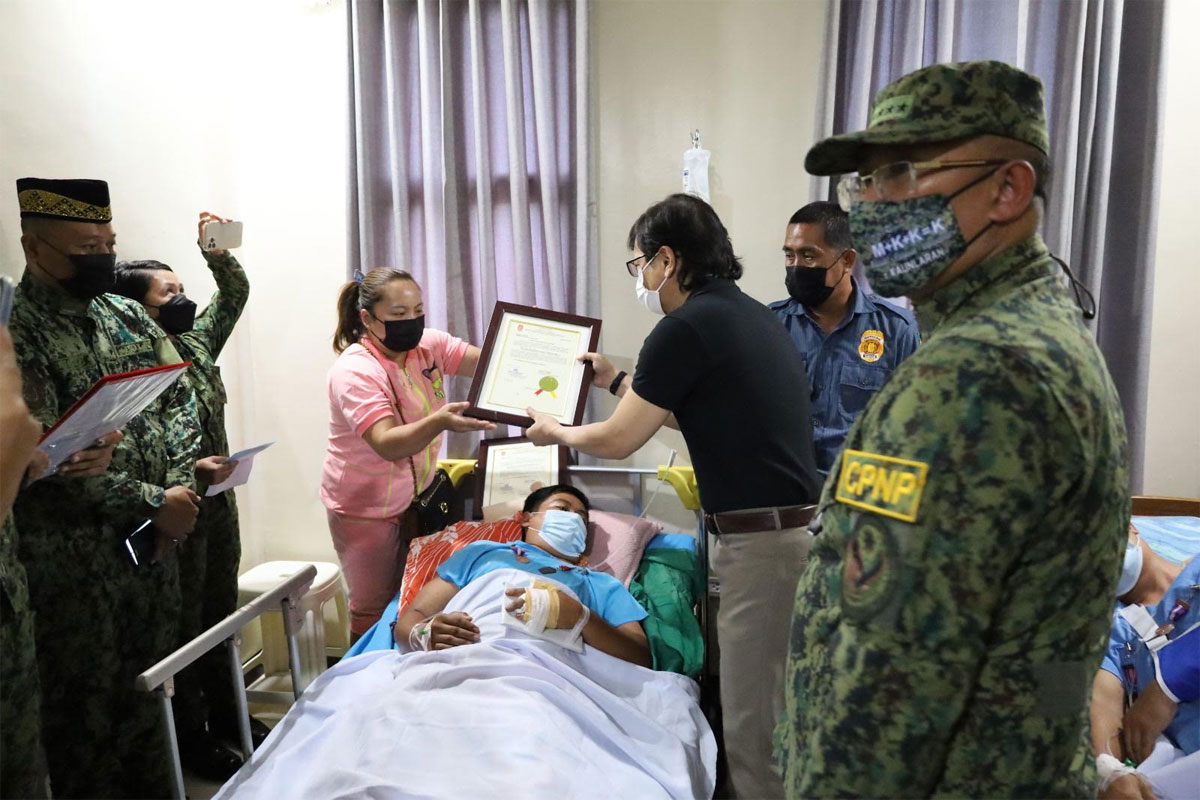 ﻿DILG Secretary Benhur C. Abalos Jr. and PNP Chief General Rodolfo S. Azurin Jr. during their trip to Ampatuan, Maguindanao to visit the cops slain and wounded in an attack last Tuesday. The two also met the families of the brave policemen and assured them that justice will be given to the hero cops.
Provincial, 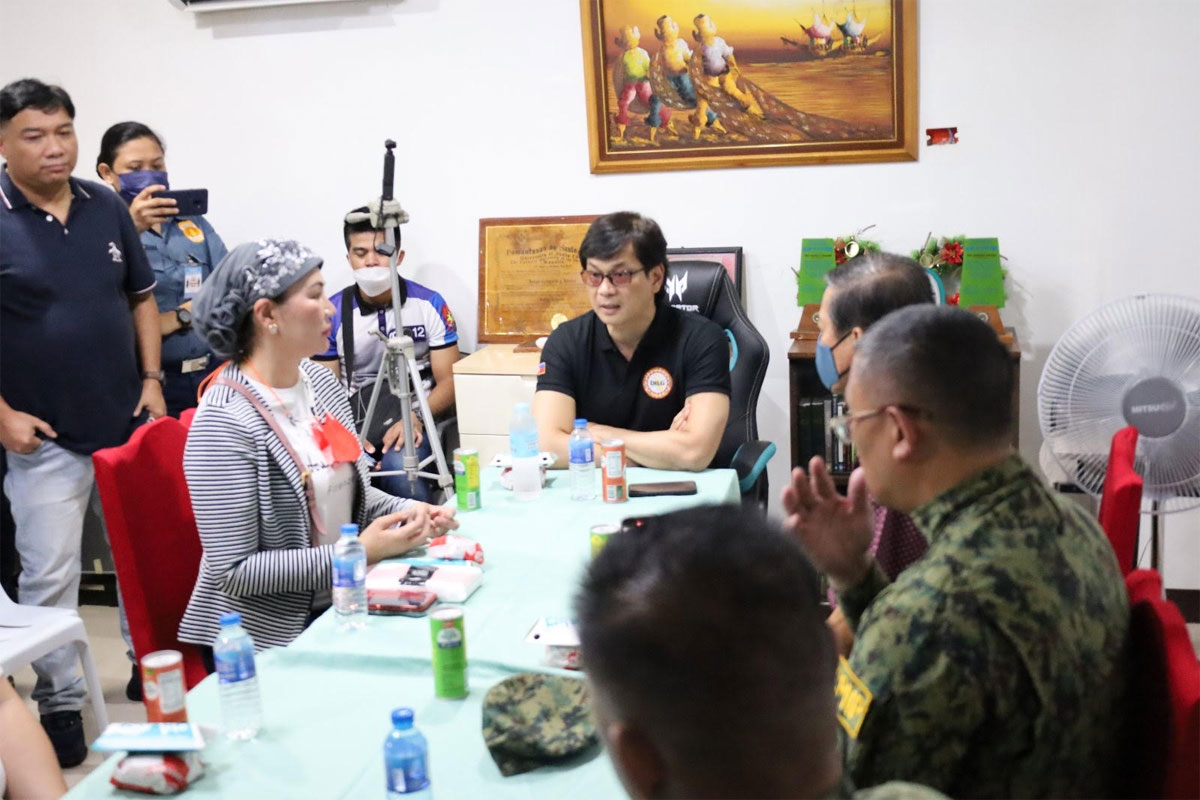 They conferred the PNP “Medalya ng Kadakilaan” to the slain officers for gallantry and intrepidity at the risk of life and beyond the call of duty.

They also went to the Our Lady of Hope Clinic to check the condition of Corporals Rogelio dela Cuesta Jr. and Marc Clint Dayaday. They were also wounded during the attack in Barangay Kapinpilan before 10:00 a.m. Tuesday.

“They are worthy of our praises for the dedication they displayed in fighting criminality. Their sacrifices will not be put in vain as the PNP vows to pursue the perpetrators and make them legally liable of their actions,” Azurin said.

The top cop also gave financial assistance to the brave policemen who were about to serve arrest warrants for robbery with violence against or intimidation of persons when the suspects attacked them.

Gen. Azurin said that a massive hot pursuit operation is still underway to arrest the gunmen as of press time.

“We already have the identity of the suspects, and our personnel [is] working double time to bring justice to where it should be. We ask for the public to be vigilant in their surroundings and report any suspicious-looking men in their area,” Azurin said.

The top cop expressed his deepest sympathies to the families of Lt. Samson and Cpl. Endab. “They were fulfilling their duties as law enforcers when confronted with such violent action. Their loyalty to their commitment to serve and protect the nation will be remembered,” Azurin said.

Bangsamoro Autonomous Region in Muslim Mindanao (BARMM) Police Regional Office director, Brig. Gen. John G. Guyguyon said that the policemen were on their way to arrest several targets in Bgy. Kapinpilan when they came under heavy fire from the suspects shortly before 10 a.m. of Aug. 30, 2022.

Ampatuan is the place of the infamous “Maguindanao Massacre” on November 23, 2009, which left 58 persons, many of them media workers, dead.

The ambush came in the wake of a province-wide gun ban enforced by the police and the Armed Forces last August 16 to help secure the September 17 plebiscite that would determine if the province would be split into two.