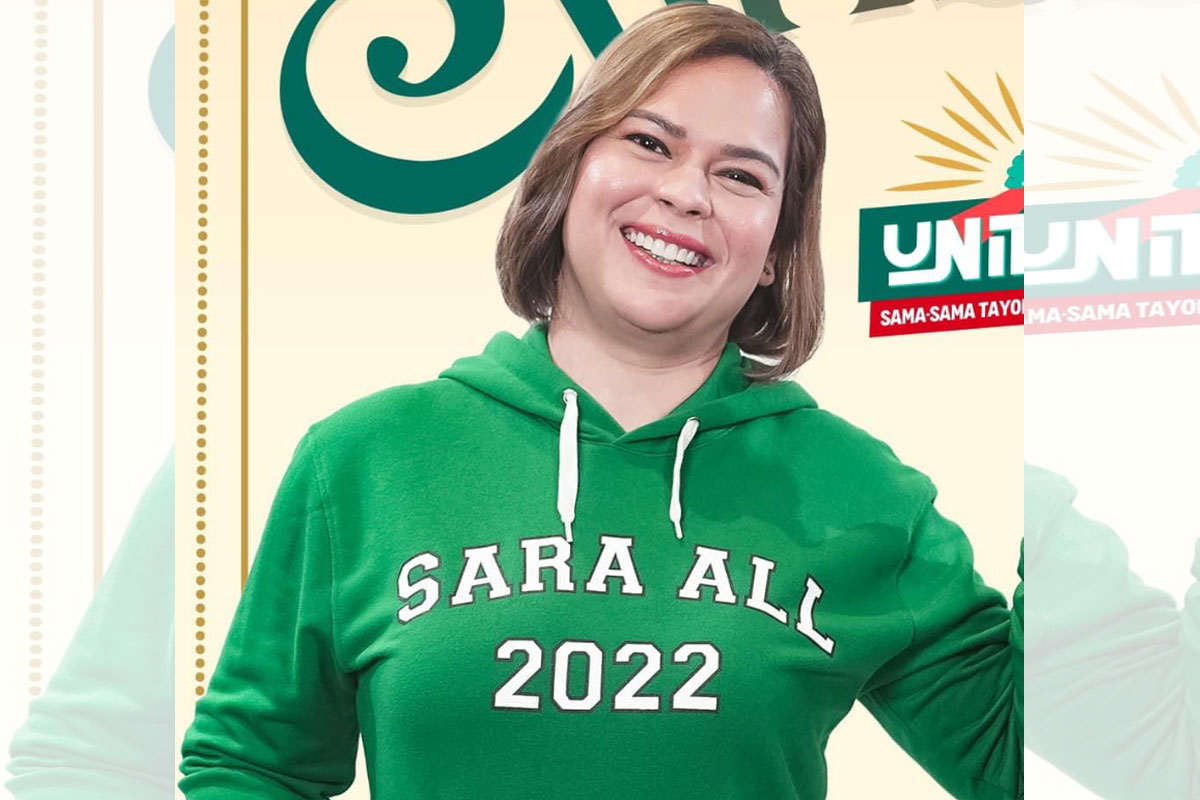 Sara thanks MNLF for supporting BBM-Sara

“Let me express my sincerest gratitude to the MNLF for expressing support to my candidacy as Vice President and the candidacy of Bongbong Marcos as President in the May 9 elections,” Duterte said in a statement.

MNLF national vice chairman for military affairs Datu Albakil ‘Thong’ Jikiri made the announcement of support to the UniTeam candidates on April 25 in Zamboanga City, citing the group’s confidence in the wisdom and sincerity of both Marcos Jr. and Mayor Duterte.

“MNLF’s support is essential to our cause of bringing about meaningful and lasting peace and development in Mindanao and the rest of the country,” the Davao mayor said.

“As the national government’s partner in peace building in Mindanao over the years, MNLF’s support to the UniTeam will serve as a solid foundation in our pursuit of continued peace and development and equality of rights and opportunities for our Moro brothers and sisters,” Duterte said.

She stressed that as a Mindanaoan, she “will always protect and support the interest of Mindanao and its people – knowing the role of Mindanao in the growth of the entire country.”

Earlier Monday, Duterte greeted Muslim Filipinos on their celebration of Eid’l Fitr tomorrow, which marks the end of the fasting month of Ramadan.

“Eid Mubarak. We always pray for Allah’s mercy on our country and for all our countrymen,” she said.

President Duterte declared Tuesday as a national holiday in observance of Eid’l Fitr.