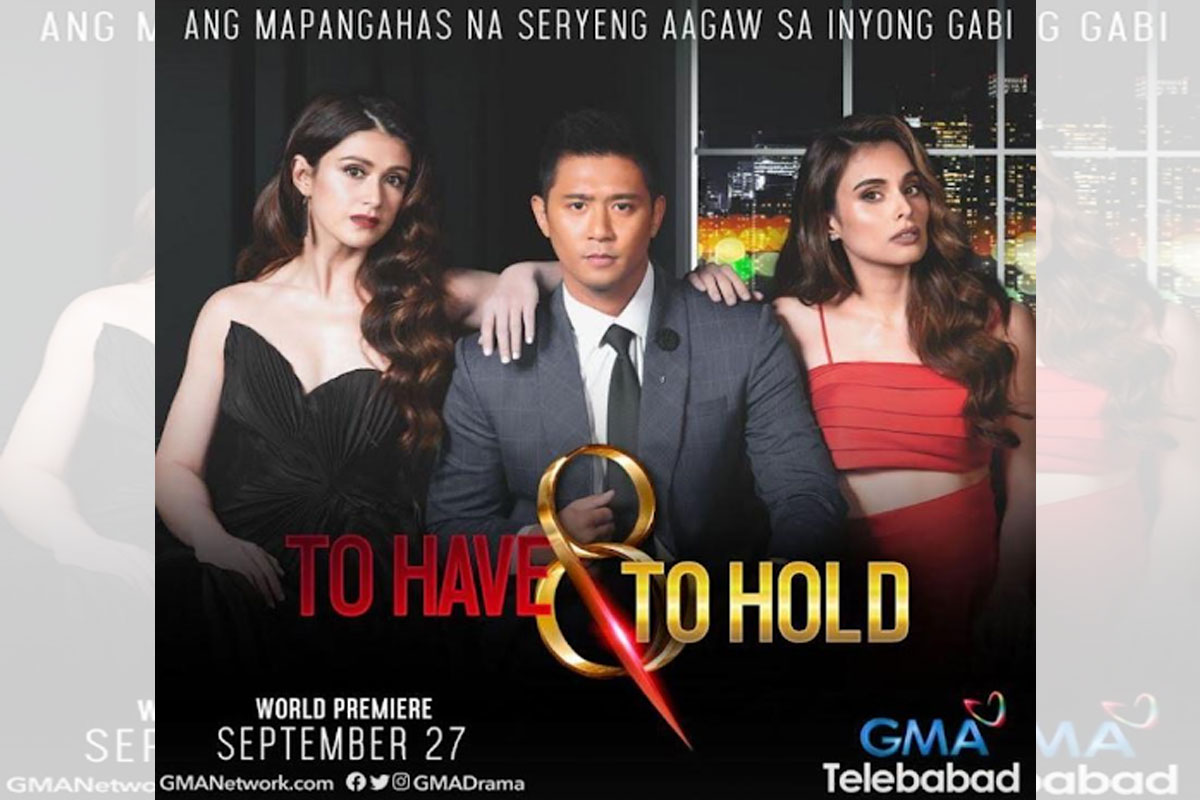 Rocco has a lot to be thankful for 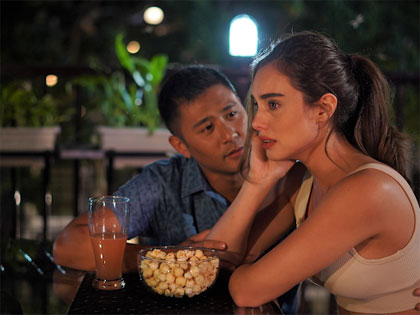 ROCCO Nacino just renewed his contract as a Kapuso. He was merely the 3rd placer in Starstruck 5 in 2010, but he’s now a bigger star than the winner, Steven Silva, who has faded away, and Enzo Pineda, who moved to ABS-CBN where his career sadly didn’t prosper.

So there must really be a prize for being a loyal Kapuso. Look at other Starstruck winners who left GMA, Martin Escudero and Aljur Abrenica. Rocco is much more fortunate than them as he has a current hit drama series on primetime, “To Have and to Hold”.

“I am just truly thankful to GMA for supporting my career all these years,” he says at the solo presscon hosted for him. “This year, I’m particularly lucky kasi usually one soap a year lang kami. But this year, they included me sa ‘Owe My Love’ ni Lovi Poe. I thought ‘yun na ‘yon, but then, heto, they have me play the male lead in ‘To Have and To Hold’ and it’s now my most successful show with me playing the lead role on primetime.”

The lead role of Gavin, the guy torn between Max Collins and Carla Abellana in the story, was originally meant for Derek Ramsay, who must now be regretting that he let go of such a plum role.
“I guess I should thank Derek, but I really felt nice when he said he is happy na sa akin napunta ang role ng Gavin. But I understand him na ayaw niyang mag-lock in taping kasi marami siyang kasama sa bahay, like his parents, and he might be the carrier of the virus sa kanila. So blessing talaga na sa akin napunta ang ‘To Have and to Hold’ which is now one of the toprating Kapuso shows on GMA Telebabad at tumatak talaga siya sa viewers.”

The show is a success because he has great dramatic chemistry with both Max Collins as his wife and Carla Abellana as his the new girl in his life. How is it working with them?

“I’ve worked with both of them before. but this is the first time na naka-lock in taping kami,” he says. “So since we’re all staying in the same place, there was much opportunity for us to talk a lot, dissect our roles and plan how to attack our important scenes together.”

He says he had no inkling the show would be such a big hit. “Obviously, the viewers can really relate with the story of Gavin, kasi the story revolves primarily on him. I really immersed myself in the role and I didn’t realize how deep I’ve gone into him kasi nadadala ko siya even after the take. I’d have to detox after each taping to be able to get back to what I really am.

He is so thankful to Max and Carla for collaborating with him. “Our scenes are mostly so intense. Ngayon lang ako nagpakita ng ganung katinding galit sa isang scene namin ni Max na ang tagal kinunan bago nabuo. We were so absorbed into our characters that our director, Don Michael Perez, told us to relax muna kasi grabe ang bilis naming pumasok sa characters namin. And I really want to thank Direk and our writers kasi I collaborate with them. Tinatanong ko sila kung tama ba ‘yung dialogue ng character ko and they help me change it para mas gumanda. Now, even the comments of viewers on social about the show are all very encouraging.”

He’ll be celebrating his first wedding anniversary with wife Melissa Gohing in January. So how is married life so far?

“It’s wonderful. It’s a new chapter in our lives. May times, naninibago pa rin kami and we’re still doing lots of learning, but the period of adjustment is more good than bad.”

What will he say is his wife’s most endearing qualities? “Melissa is Ilongga and you know what they say about Ilonggas, they’re malambing. And it’s true, I can attest to that. She is very thoughtful.

I can feel ‘yung pag-aalaga niya sa akin lalo na pag may lock in taping ako. She prepares my things at kumpleto ang listahan niya. She also keeps on reminding me what I need to do sa location.”

What about starting their own family? “Actually gusto ko na ring magka-baby. But may priorities pa kaming dapat gawin before that next stage in our life so we want to plan it muna. Everyone says pagdating ng baby, our lives will change totally so we’ll now enjoy muna our time together. Isa pa, pinagaganda pa namin ang house namin kasi when we moved there, naabutan kami ng pandemic. So we make improvements, like now, may sarili na kaming sauna. So far, it’s been a fun ride for us.”

Rocco also has his own vlog and he’s glad that his entries about home improvement tips click well with his followers. “And remember, I’m a registered nurse so ngayong pandemic, nagagamit ko ‘yun in reminding people about health protocols to make sure we all won’t be infected by the virus. Sa family ko nga, ako mismo ang nagswa-swab sa kanila. In my spare time, I have also been writing my own concepts for future shows and if the creative group is willing to listen, i can pitch to them some of my ideas.”