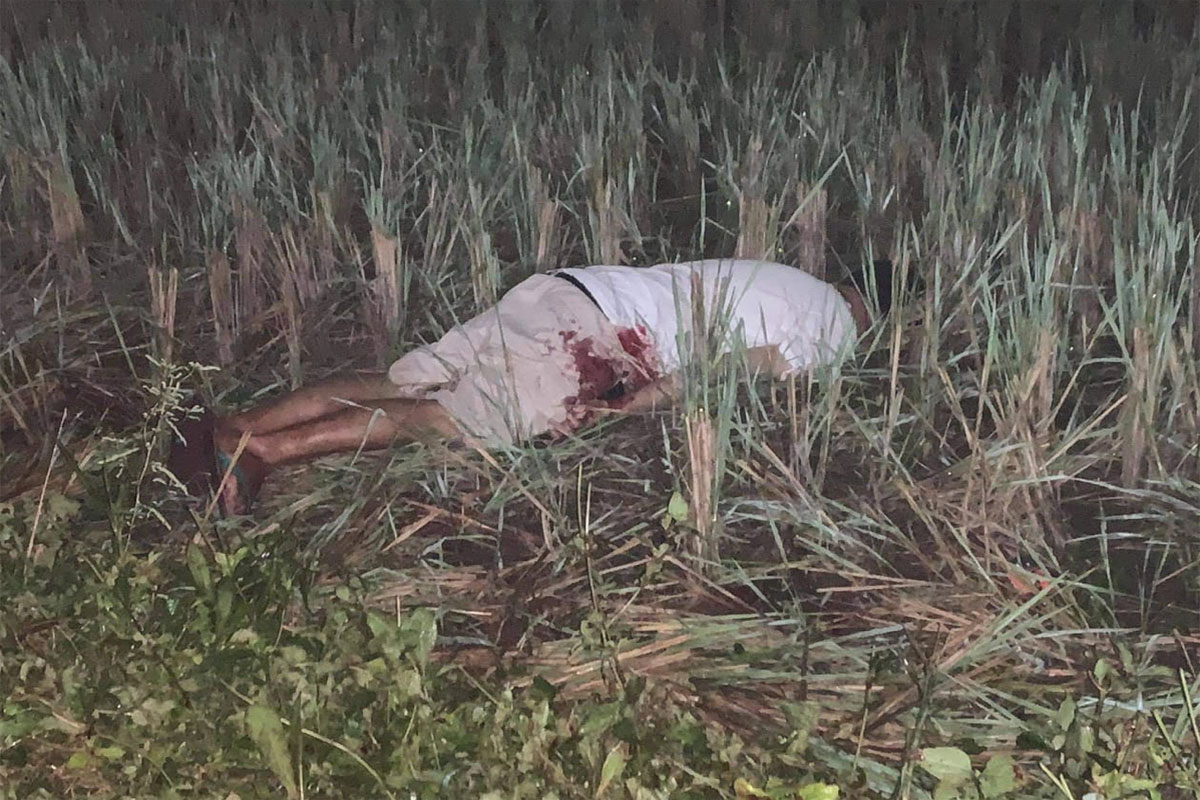 The victim when found. Photo by GIL AMAN
Provincial,

A 59-YEAR-OLD bodyguard and a retired PNP member was found dead Wednesday morning at a rice plantation in Bgy. Tala, Rizal, Laguna.

The body of the victim reportedly which was found by his brother had three gunshot wounds in the head, neck and chest at around 12:45 a.m.

The victim had reportedlh served as the bodyguard of Philipppine Airlines Capt. Jeffrey Palce who was recently killed recently in ambush in San Pablo City.

The victim had allegedly told friends that he had received a death threat from an unknown caller.