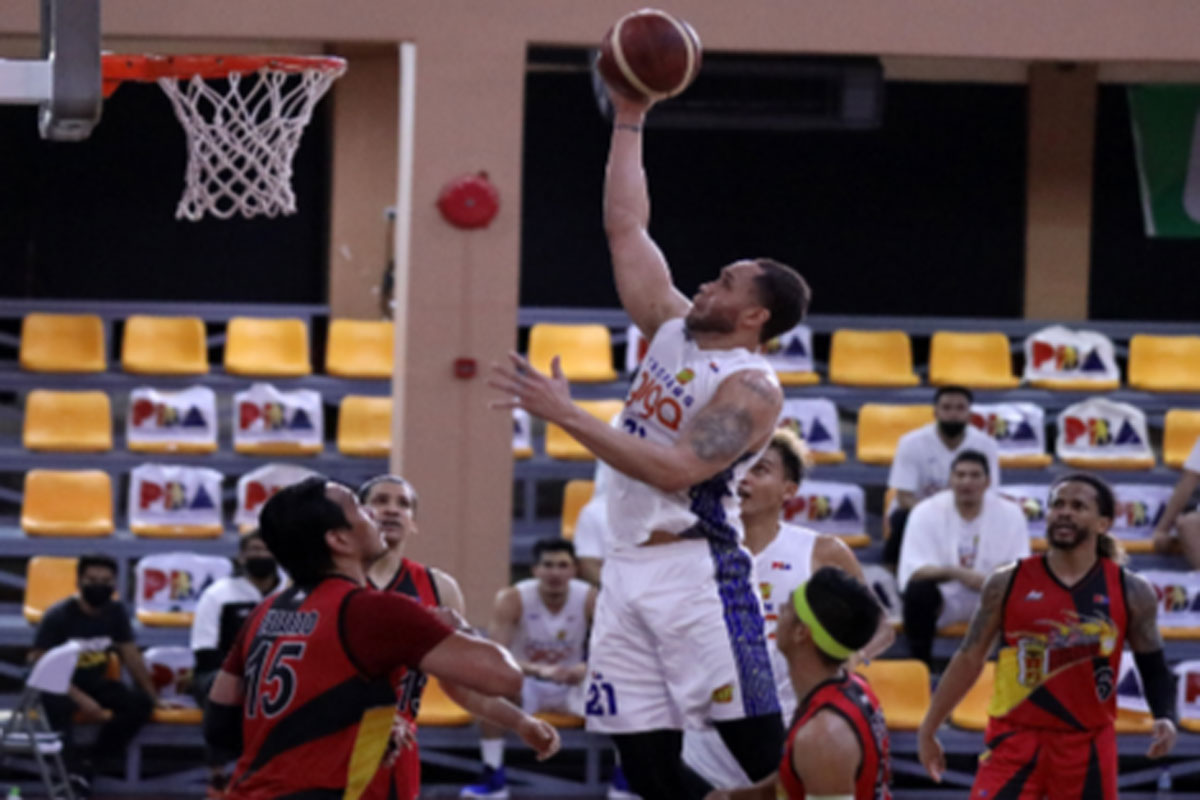 TOP seed Talk N Text and No. 3 Magnolia Pambansang Manok try to finish off their respective semifinal opponents and arrange a titular showdown in the 2021 PBA Philippine Cup at the Don Honorio Ventura State University gym in Bacolor, Pampanga.

At 3-2, the Tropang Giga and the Hotshots need only to win over San Miguel Beer and Meralco, respectively, to book a return trip to the finals in this coronavirus-delayed conference.

The Tropang Giga get the first crack at the finals berth when they meet the ever-dangerous Beermen in the curtainraisler at 3 p.m.

The Hotshots look to finish off the hard-fighting Bolts in their own best-of-seven semifinal showdown in the second game at 6 p.m.

Victories by both the Beermen and the Bolts will set the stage for an interesting seventh and deciding game on Sunday.

Talk N Text coach Chot Reyes remain wary of SanMiguel but at the same time believes the return of former MVP Kelly Williams can help turn the series in their favor.

“Having that extra body, that extra big guy to battle June Mar Fajardo and Mo Tautuaa helps a lot. They’ve been giving us huge problems through the series,” said Reyes, referring to Williams.

The Magnolia-Meralco showdown should also be exciting.

“I know it’s going to be difficult. Magnolia is going to be really ready for us next game, but we just have to do it one more time,” said Meralco coach Norman Black after the Bolts’ 102-98 win in Game 5 that narrowed their deficit at 2-3.

“I think we have to take the same attitude again Friday night: do-or-die. There are no tomorrows for us,” added Black.

Black should also be happy with Meralco’s 5-1 record in no-tomorrow games since last year with its only loss coming at the hands of Barangay Ginebra.