Journal News / Entertainment / Showbiz / Lovi surprised at what she can do 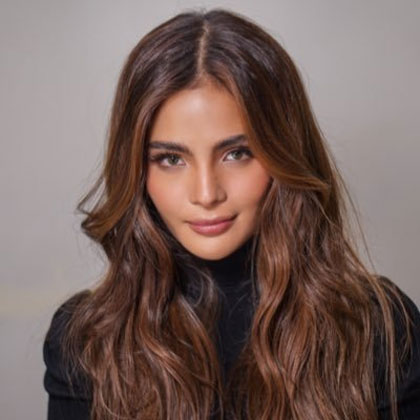 LOVI Poe just returned from London where she attended a special event for a luxury watch. Now, she’s back to be launched as the beauty ambassador of READY SET GLOW at the Mega BeautyCon this Sunday, December 4, at the Palm Drive Activity Center in Glorietta 2.

Lovi will proceed to this event after doing her musical production numbers in the Sunday musical variety show, “ASAP Natin To”, where she will be giving another jawdropping musical performance.

Don’t miss your chance to see the Kapamilya Actress as she shares her exclusive tips and personal secrets that make her an iconic beauty and a much sought-after award winning actress.

It’s no secret that Lovi has been an avid fan of the Ready Set Glow Cosmetics brand. “Wearing them makes me feel strong, independent and beautiful”, confesses Lovi. “It’s a perfect fit with me and with them, I feel complete”, she adds.

Recently, we have seen Lovi’s posts on Instagram where she gets ready for her various appearances and performances using these high quality beauty products. Her favorite is the multi-use Face Tint which can be applied on her eyes, face, and lips.

Ready Set Glow has a lot of products that are convenient for multi-use, meaning, you can use them on your eyes, lips, face and body! And they can be easily stashed in your make up kits.

Check out their Badass Eye Shimmers, Face Mist, and Lip Stain- which Lovi all used in her most recent shoot with the Ready Set Glow team.

Lovi’s career has really been flourishing since she became a Kapamilya. Her engrossing suspense-drama, “Flower of Evil”, where she does a lot of action scenes without a double, is a big hit on Viu, iWant and now, on the Kapamilya channels.

Her mini-series with Janine Gutierrez, “Sleep With Me”, won awards abroad and is also a hit with local viewers. And she shares that you will see her in another big ABS-CBN project.

“You will find out more about it, soon!” she says. “I love projects that bring me out of my comfort zone and I feel great as they bring out the best in me. May mga bagay na akala ko hindi ko magagawa, but with the projects they’re giving me, I’m surprised na kaya ko pala! So bring it on, I enjoy stepping out of my comfort zone and I’m learning a lot from all the people I now work with.”

Catch Lovi Poe in the flesh with her special segment for Ready Set Glow on December 4 at the Glorietta in Makati! See you all at the #MEGABeautyCon!