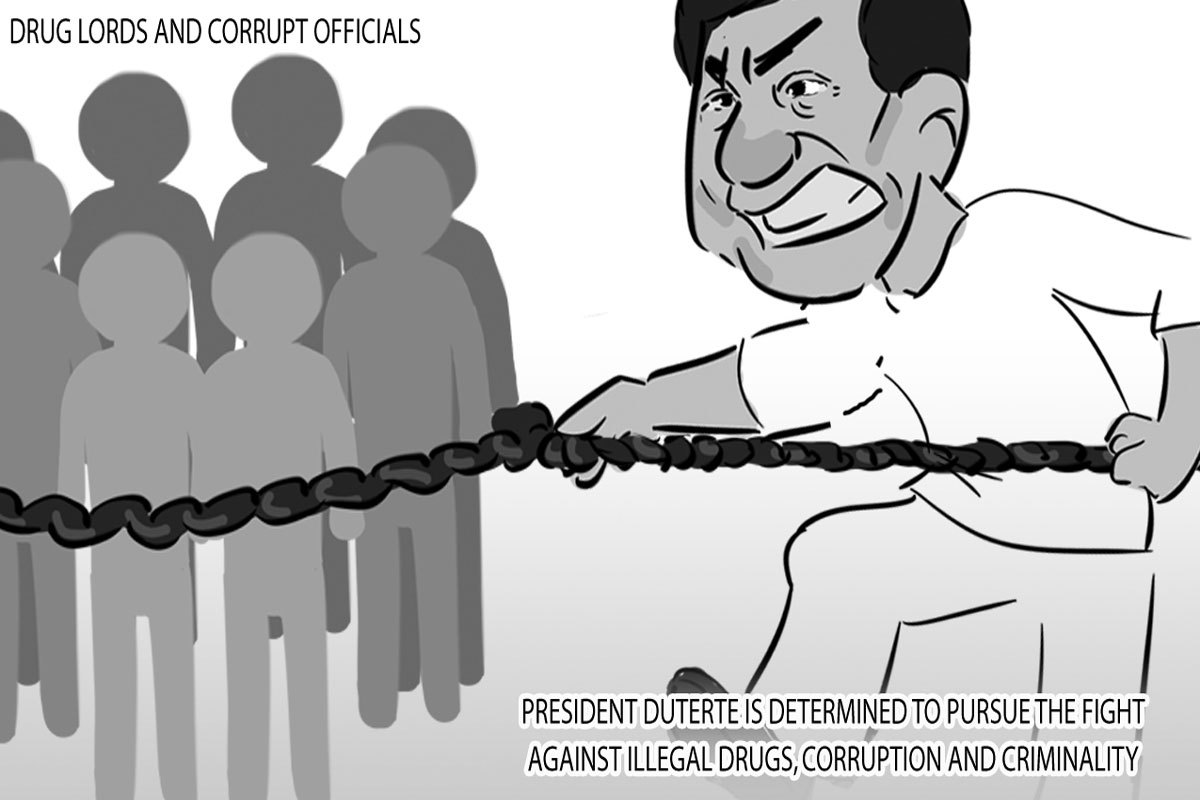 TOUGH-talking President Rodrigo R. Duterte completes on Thursday, March 31, the first 69 months of his 72-month presidency, which started at 12 noon on June 30, 2016.

With just three months left in his six-year administration, President Duterte and his Cabinet are seen to continue going after those involved in illegal drugs and graft and corruption.

It will be recalled that when he assumed the top political post of the land in 2016, the Chief Executive vowed to slay the dreaded drug monster and hit hard at corrupt public servants.

Of course, the citizens, particularly the poor and lowly, applauded, knowing full well that the country was then teeming with drug pushers, addicts, grafters and other criminals.

Thus, it is disheartening to know that the drug menace, official corruption and criminality still worry the authorities despite President Duterte’s efforts to address the said problems.

As President Duterte gears up for the last three months of his regime, his supporters see the intensification of the twin campaign against illegal drugs and wrongdoing in the government.

In fact, people expect the outgoing Chief Executive to hit hard at those who persist in their nefarious activities.

Without doubt, these “rotten eggs” will be dealt with forcefully although President Duterte has only three months left before he leaves Malacanang for good.

Indeed. there are still crooks out to undermine the administration with their unparalled greed.

Hopefully, however, the new administration will continue to wage the total war against the drug menace, graft and corruption and other shenanigans in the government service.

Reminders for the 2022 polls