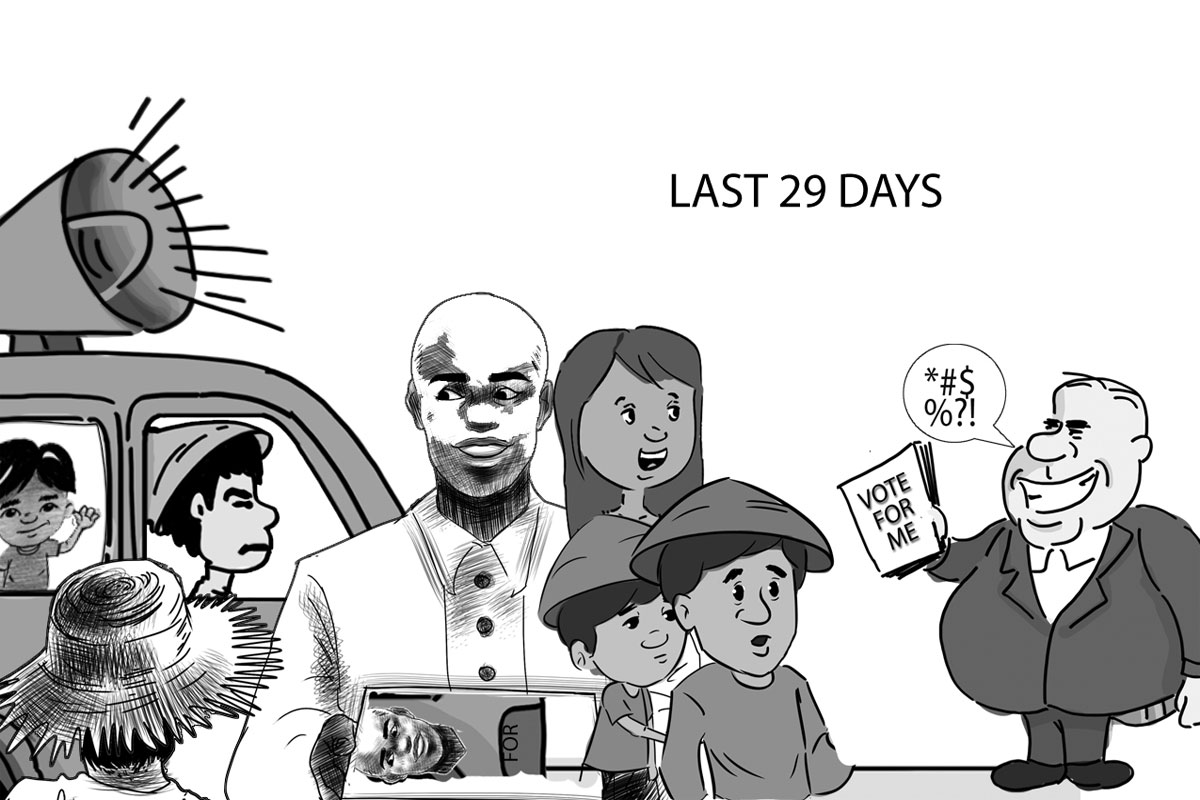 CANDIDATES seeking national and local positions, including the 10 presidential hopefuls, have only 29 days left to convince the electorate to vote for them on May 9.

The campaign period, which started February 8 and March 25 for national and local bets, respectively, ends May 7, but campaigning is strictly prohibited April 14-15.

This early, filthy rich national and local candidates, and backed by powerful and influential “party machines,” are seeing victory in the forthcoming electoral battle.

The prospect of winning in the May 9 political exercise is an appetizing one for the underdogs, including the independent candidates who lack financial and manpower resources.

And political analysts acknowledged that in some provinces, cities and towns, candidates related to political dynasties and supported by party machines are “unbeatable.”

This, despite efforts in various parts of the Philippines to drift toward the election of candidates not necessarily beholden to the traditional power elites.

In the view of many, this is only possible if the government and the private sector succeed in urging the citizens to involve themselves in the political exercise.

The Filipino people, particularly the millions of registered voters, ought to participate in nationwide information dissemination drives on the vital issues of the day.

They have to play a major role in the victory of poor but deserving politicians. Otherwise, the vote-buyers and other poll cheats will run roughshod over their opponents.