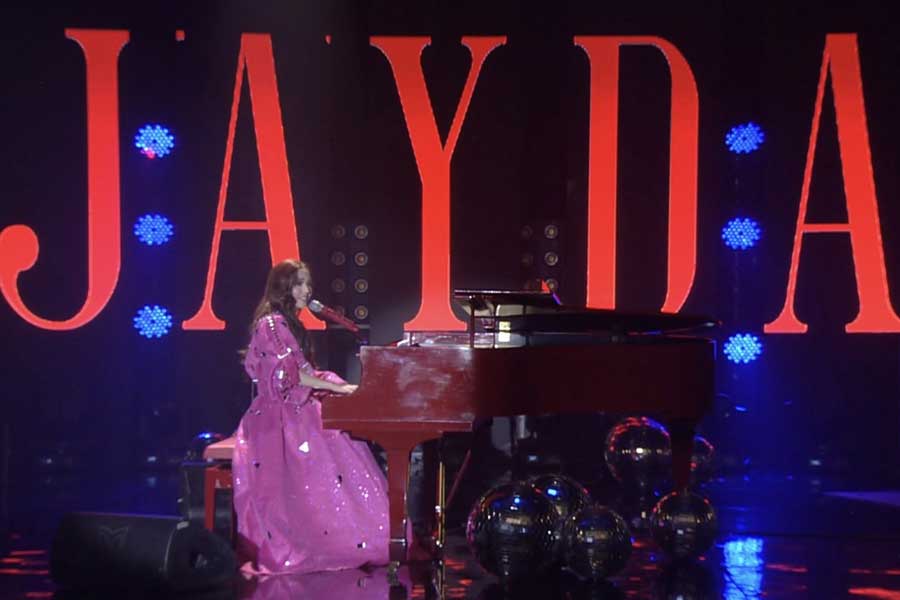 KAPAMILYA songstress Jayda is definitely the next big thing to watch out for as she went all out with fierce and heartfelt performances in her first-ever major concert last Saturday (June 26).

“Alam nyo, pangarap ko talaga ‘to nung bata pa ako to headline a show. I hope you guys can feel me, even from the comfort of your own homes, kung ano man ang ginagawa n’yo,” Jayda said.

The virtual show “Jayda In Concert”—livestreamed worldwide via KTX.ph, iWantTFC, and TFC IPTV—showcased her impressive discography so far as she performed many of her original compositions like “Coffee,” “Happy For You,” “Paano Kung Naging Tayo,” “M.U.,” as well as tracks from her recently released debut album, title track “Bahagi” and “Tunay.”

The rising superstar also proved to be incomparable among her contemporaries as she showed off her amazing skills as an instrumentalist, singing multiple times during the concert while playing the piano, acoustic guitar, and electric guitar.

Jayda was also joined by her guest KD Estrada, who sang a duet of her composition “Perfectly Imperfect” with her. She also paid tribute to her loving parents through a performance of “Points of View” and “Bakit Pa?” with her special guest and mom Jessa Zaragoza, and a solo presentation of her single with Darren Espanto “Sana Tayo Na,” which was composed by her dad, Dingdong Avanzado.

Embracing her OPM roots when she gave life to “Sana Tayo Na” last year, Jayda told her concert viewers, “Full circle moment din ito, since my dad wrote this over two decades ago. Hindi pa ako pinapanganak and way before he met my mom. Over the past few years, he was looking for someone to sing it and that someone was me all along.”

Aside from her own songs, Jayda also performed covers of pop hits like Dua Lipa’s “Levitating” Lady Gaga’s “Always Remember Us This Way” and “I’ll Never Love Again,” and Olivia Rodrigo’s “Driver’s License.”

“Jayda in Concert” was produced by ABS-CBN Events and Phenomenal Entertainment, and co-presented by Smart Prepaid and Pepsi. The show was directed by Frank Mamaril, with musical direction by Iean Iñigo and choreography by D’Grind.