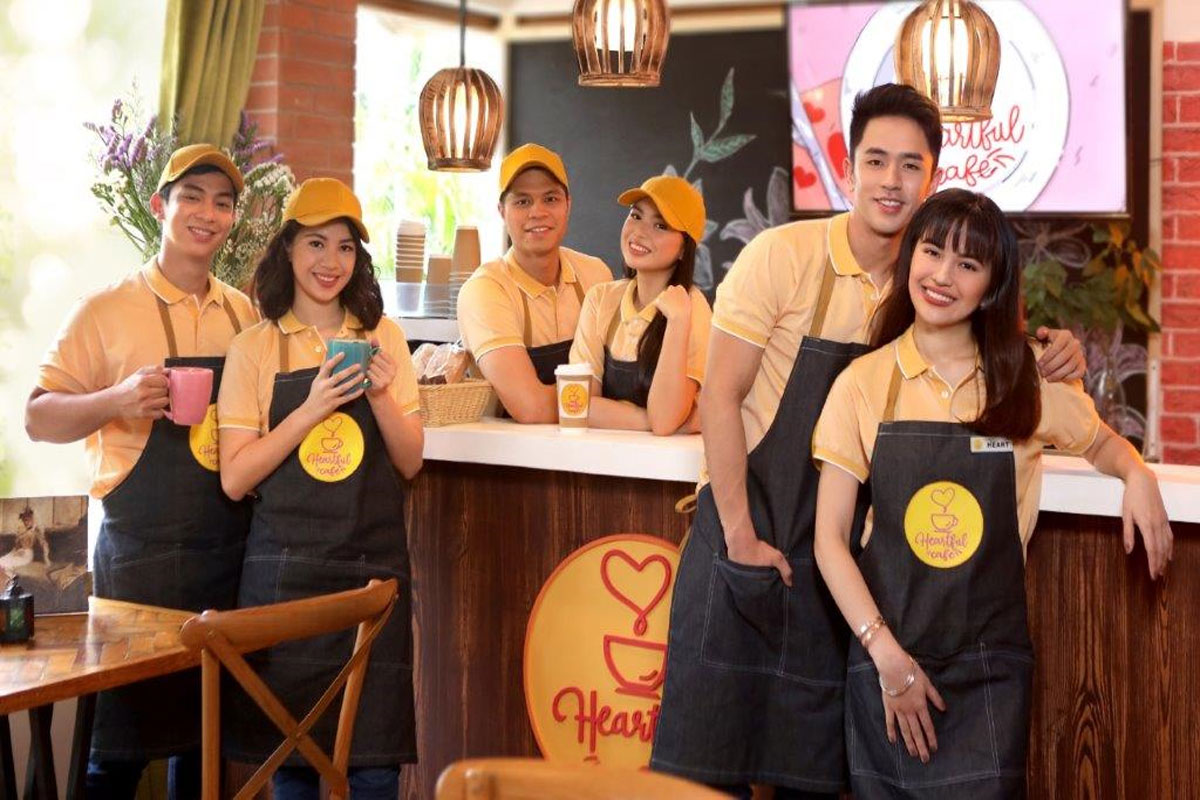 Following its well-received run on GMA since its premiere in April, Heartful Cafe joins the growing list of Kapuso shows on the popular video streaming platform.

The original series is headlined by Asia’s Limitless Star Julie Anne San Jose as Heart Fulgencio, an online romance novelist and coffee enthusiast who owns a cozy and quaint cafe called the Heartful Cafe, and Kapuso heartthrob David Licauco as Ace Nobleza, a competitive and goal-driven businessman who takes an interest in Heart’s cafe.

Joining them in the series are EA Guzman as Uno Ynares, Ayra Mariano as Mars, Victor Anastacio as Roco, Angel Guardian as Charity Manabat, Zonia Mejia as Sol Fulgencio and Jamir Zabarte as Buddy Portales.

Set in a coffee shop located inside a university campus, Heartful Cafe follows the story of Heart Fulgencio (Julie).

For Heart, the Heartful Cafe is more than just a stomping ground for coffee drinkers. Rather, it’s a place where all the magic happens.

Despite having experienced heartbreak herself, Heart enjoys playing cupid for her customers who seek help regarding matters of the heart.

When her cafe turns into shambles, Ace Nobleza (David), a handsome co-investor, comes into her life and rescues her.

Just like how love brews in mysterious ways, will this investment lead to an unexpected romance between two opposing strangers?

Viewers can also binge watch on Netflix Philippines the internationally-acclaimed primetime series Descendants of the Sun Philippines, I Can See You, the top-rating drama series Love of My Life, the hit romantic-comedy series Owe My Love, and the heartwarming movie Family History.

Catch the premiere of Heartful Cafe, under the helm of Mark Sicat Dela Cruz, on Netflix Philippines beginning Oct. 14.

Shaira and Kokoy pair up for ‘Regal Studio Presents’