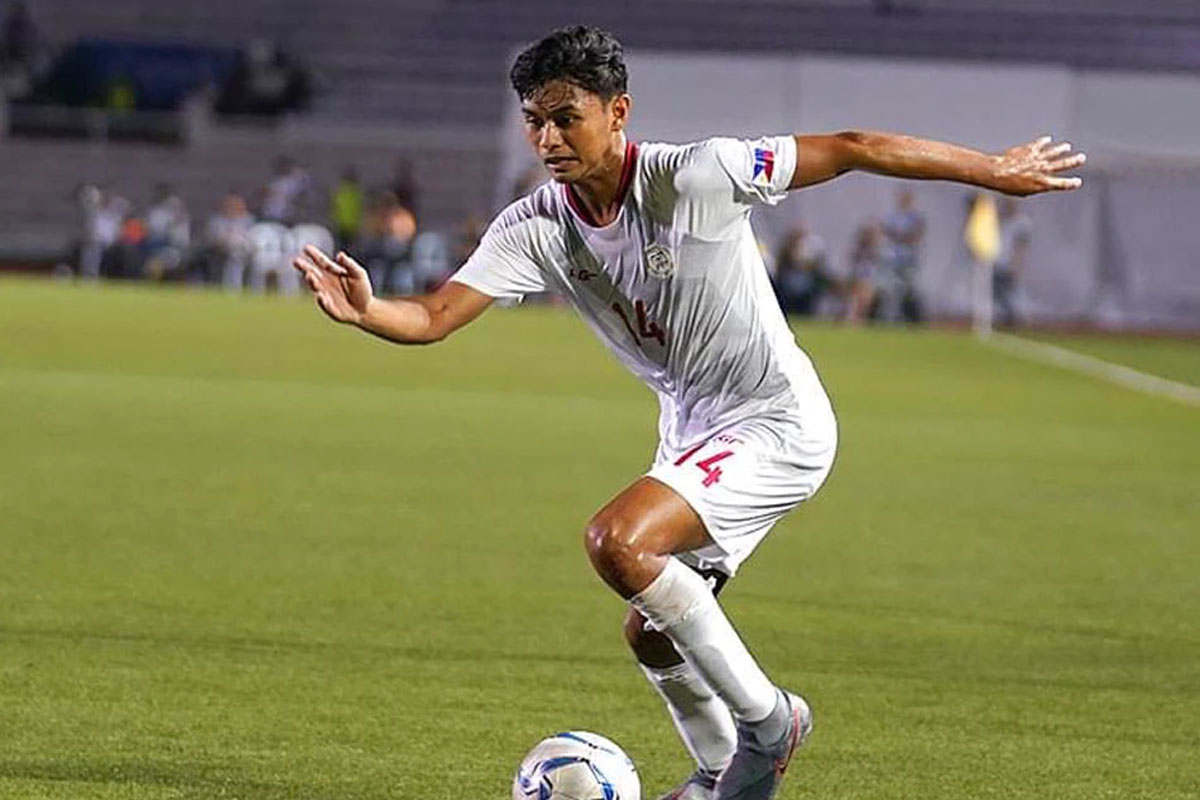 JARVEY Gayoso, one of the country’s young prolific goalscorers, hopes to make the most out of his return to Kaya FC-Iloilo.

The reigning Copa Paulino Alcantara champions yesterday afternoon announced the latest offseason signing which will be a big boost to the club’s domestic and international campaigns this year.

“It feels great to be back with the Kaya family!” Gayoso said in a statement.

“My decision to be part of Kaya again is because my family and I believe in the opportunity and exposure playing here will give me—looking at my personal journey as an athlete,” the son of former PBA player Jayvee added.

“I know they will look out for my best interests, and I in return will work my hardest for the club.”

Internationally, Gayoso played for the Philippines U19 and U23 squads before moving up to the senior team at the CTFA International Tournament at the age of 20. He was recently involved in the joint FIFA World Cup and AFC Asian Cup qualifiers last year.

In last year’s Copa, Gayoso went on a scoring spree that included a five-goal performance against Mendiola FC 1991 but his tournament was cut short due to a hamstring injury he sustained in the semifinal against Stallion.

“The past months have been difficult, having to recover from my hamstring injury and get back to my best form. All I know is that being with Kaya, I will be able to push myself to be the best player I can be,” said Gayoso.

As he continue to make strides on his professional career, Gayoso is looking forward for brighter days ahead.

“Definitely no other expectations but to win the PFL, enter the AFC Champions League once again, or win the AFC Cup,” Gayoso said.

Gayoso’s arrival follows that of his Azkals teammates Mar Diano, Oskari Kekkonen and Sandro Reyes, who were earlier signed up by Kaya.