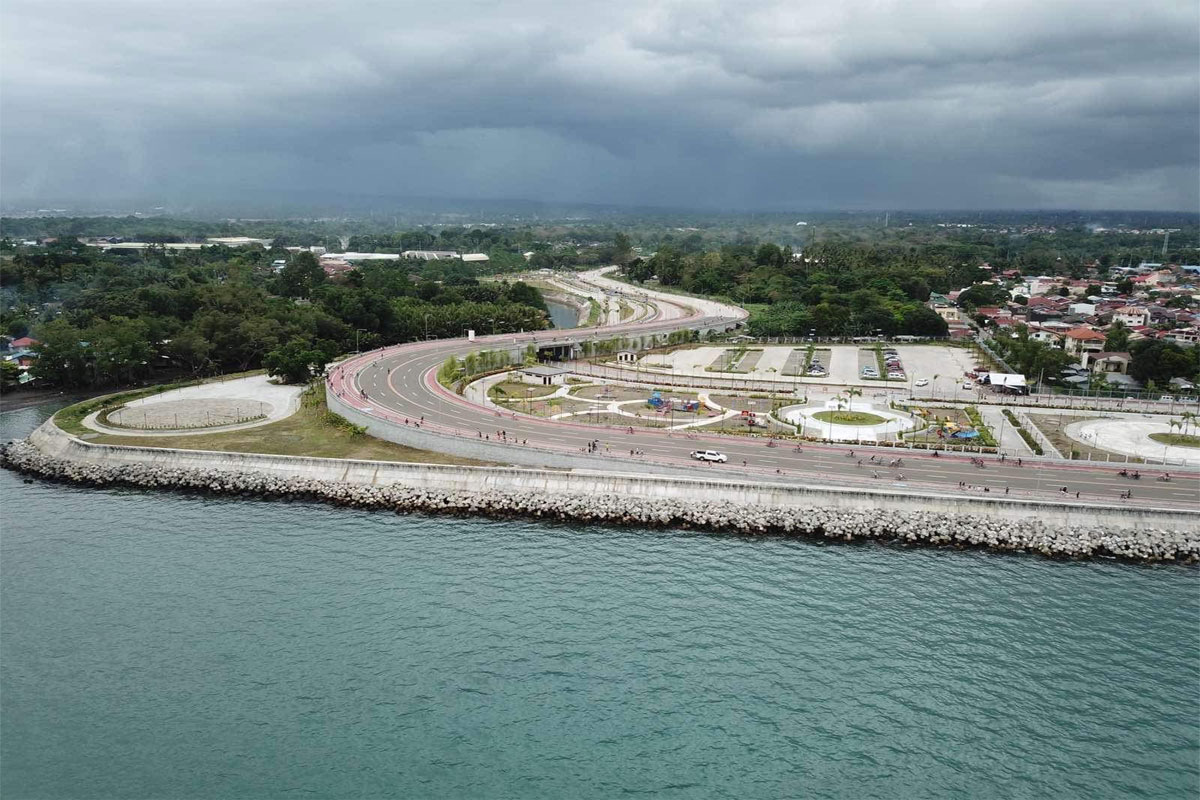 THE Department of Public Works and Highways (DPWH) has emphasized that the Davao City Coastal Road Project is a composite highway with larger components and is “very different” from ordinary highways.

Secretary Roger G. Mercado said that the road is one of the agency’s flagship projects in Davao to solve the burgeoning traffic along the Cotabato – Davao Road starting from Toril area going to the city proper.

The Davao City Coastal Road Project will serve as a bypass road, a costal shore protection and breakwater that protects the city from sea wave actions, water surges and shore erosion.

During the last surge in 2020, many residents in nearby subdivisions were thankful for the project as they were spared from the surge effect.

The project covers the construction of a four-lane (15.40-meter road width), 10mm thick asphalt pavement with anti-rutting additive (ARA), bicycle lane, curb, gutter and sidewalk. The entire width of the road including off-carriageway is 25.54 meters or almost equivalent to an eight-lane road.

Road facilities are also constructed on embankment with average height of around 6.50 meters complete with drainage and separation geotextiles therefore a significant volume of earthworks (borrow materials) is required.

On one side, geotubes were installed for the reclamation as protection; Class I and Class II rocks were also put in place with hexapods, seawall and wave deflector to reduce the intensity of wave actions which is prevalent in the area during “Amihan” season. On the other side, grouted riprap slope protection was constructed over Class III rocks.

Other facilities include detour access road, metal guardrails, construction of roundabouts at Times Beach and Roxas Avenue, concrete fence including posts, roadway lighting, plant boxes and drainage structures using high density polyethylene pipes (HDPE) for high level of impermeability. Other than these civil works components, the DPWH also had to deal with the difficulty in acquiring the road right of way, considering the numerous informal settlers around the project, the several resorts along the Talomo coastlines, and several institutional structures which will be affected by, but necessary for the project.

With the opening of the Davao City Coastal Road project to pedestrians, many of Davao City residents flocked to the Esplanades/Boardwalks, spending their time biking, walking and doing other fitness activities.