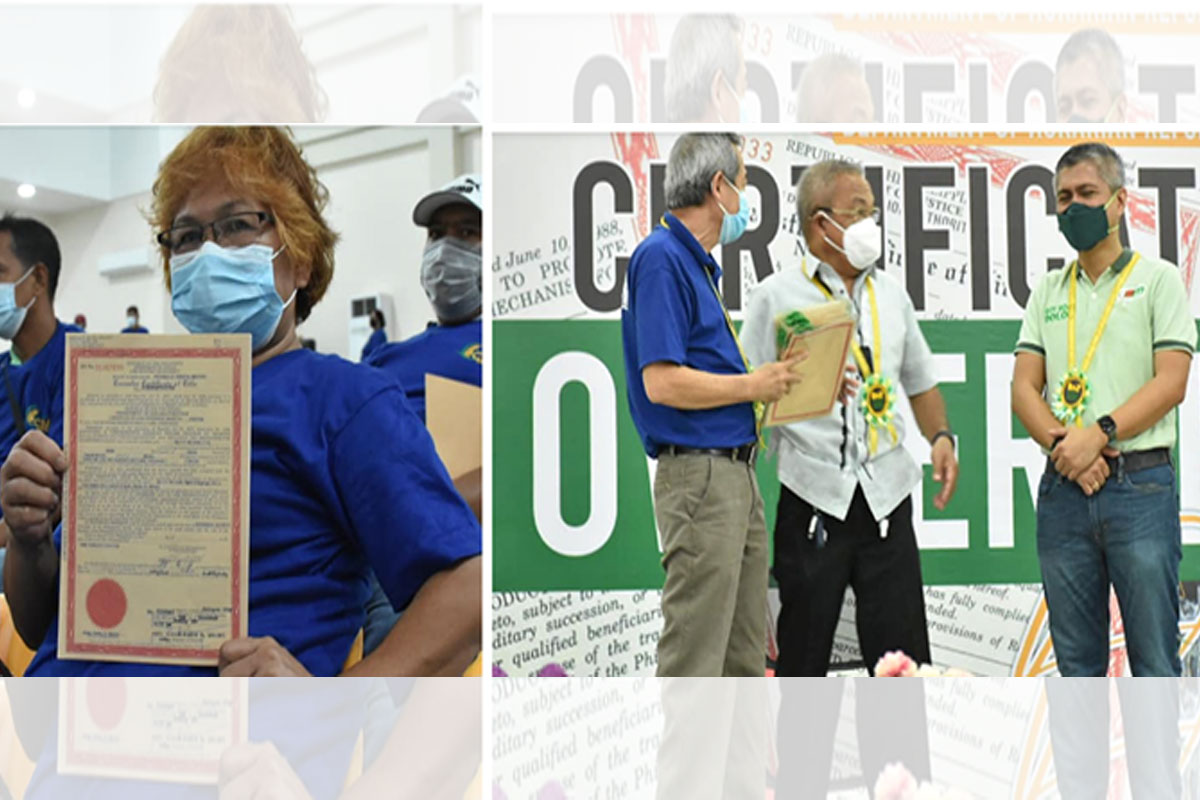 “Finally, we have achieved what we wanted, even though my husband did not achieve it because he is gone, we and his children have a decent livelihood that we can really say. Thank you to the leadership of DAR, MinSU, and for the support to us Governor Bonz Dolor,” said Mother Imelda in Tagalog.

As one of the guest speakers, Gov. Bonz Dolor announced that they will form an organized ‘organization’ to get support from the government. He said he will also help with the accreditation process especially since he was also part of it when he was a member of the Board of Trustees of Mindoro State College of Agriculture and Technology (MinSCAT) in 2001.

Through this, the local chief executive assured that they will be provided with the necessary support such as water pumps, fertilizer, and seeds. He will also instruct the Provincial Agriculturist for other interventions that can be supported by them.

Both Gov. Bonz and the DAR leadership acknowledged the initiative of MinSU as well as the National Government under the administration of President Rodrigo Roa Duterte who said that before the end of its term, the beneficiaries were given their long-awaited own agricultural land.