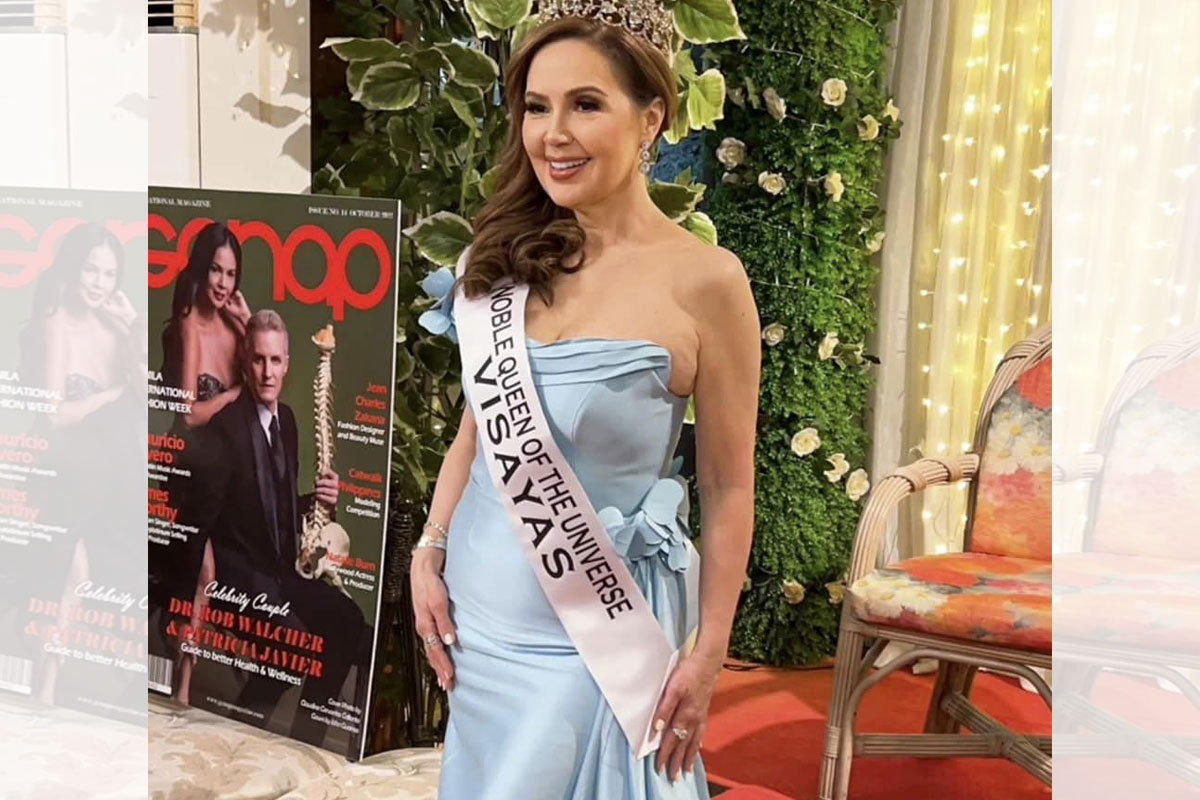 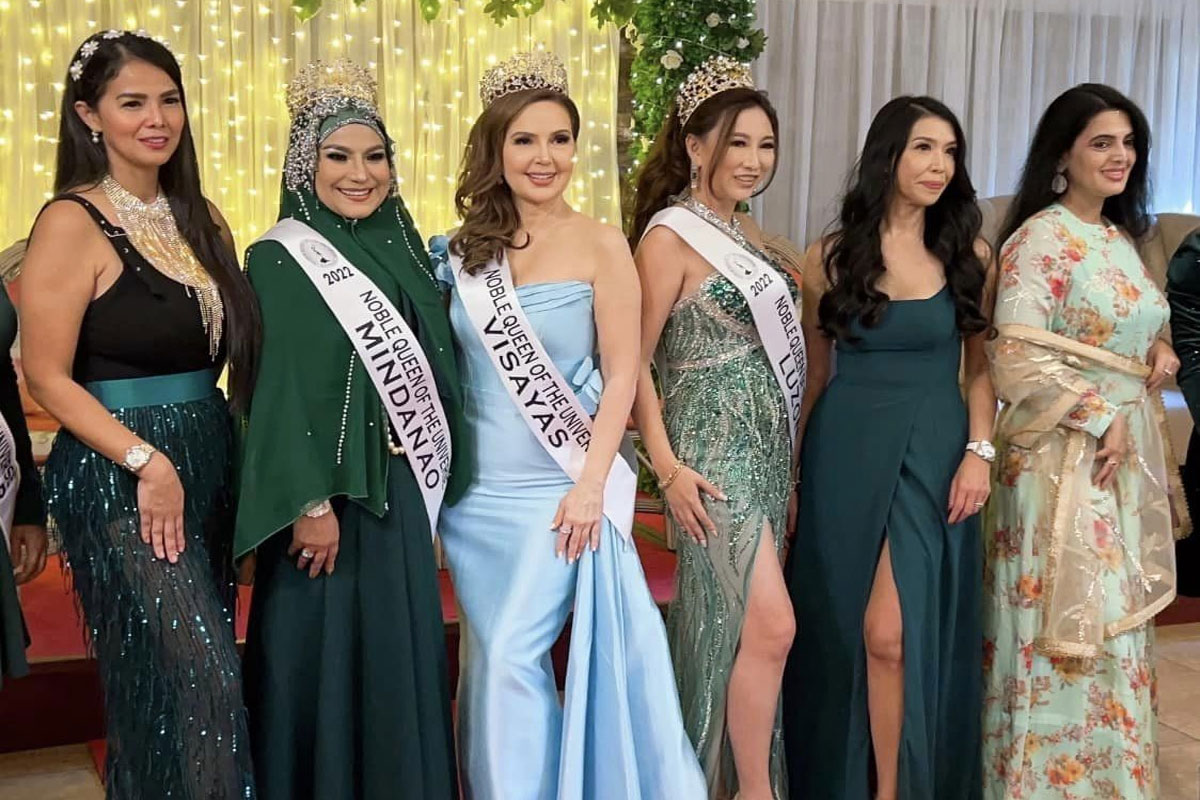 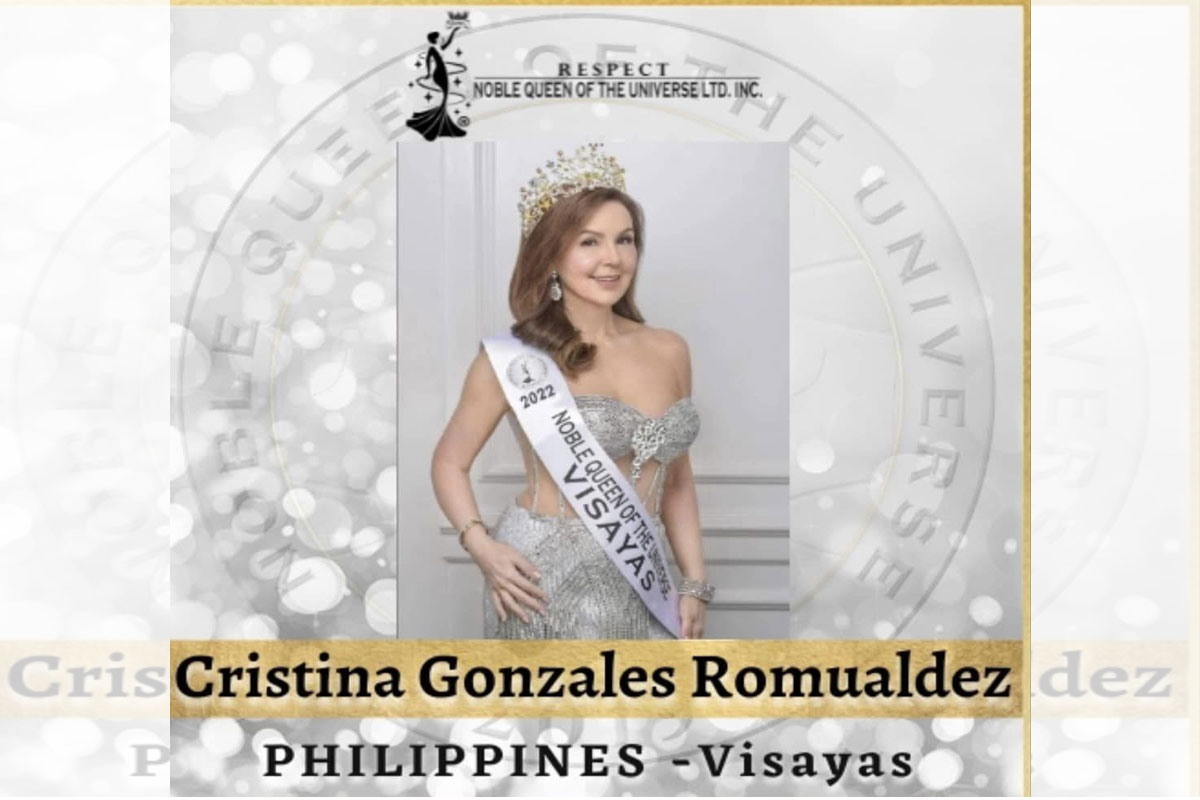 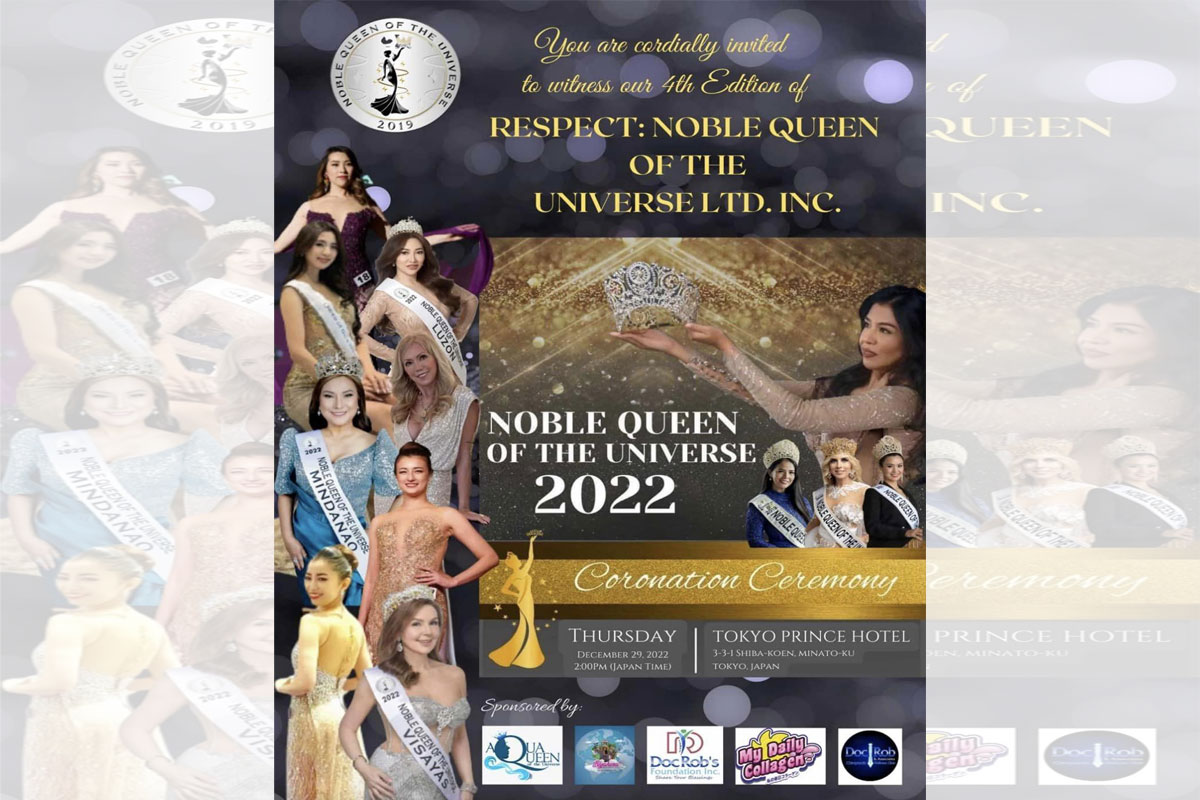 CRISTINA Gonzales looks radiantly beautiful at the send off party of Noble Queen of the Universe as she will be representing the Visayas in the finals that will be held on December 29 at the Tokyo Prince Hotel in Japan. She will be leaving Manila the day after Christmas and return before the New Year.

How come she didn’t join any beauty pageant back in her younger days? “Never kong naisip sumali sa pageants kasi ang dream ko talaga is in music as a singer and sa acting,” she says. “And I’m glad kasi pareho ko naman silang nagawa. After that, napunta ako sa politics when I became a councilor then mayor of Tacloban.”

But now that she has retired from holding a public office, she found time to join the Noble Queen of the Universe pageant.

“My kids are now grownups, Sofia is 23 and helps me out sa business namin, our events place Patio Victoria and Cafe Sofia. The youngest naman, Caden, is 19 and I just went with her sa college studies niya at Western University in Ontario, Canada. So I now have the freedom to do a lot of things.”

She has even ventured into hosting and now has her own Youtube channel. “Yes, I have my own vlog, ‘Capturing Hearts with Cristina Gonzales’ that features inspiring redemption stories of different people and personalities like Ara Mina, Anjanette Abayari, Mariel Padilla, Small Laude and others. It’s on every Saturday at 8 PM so please, subscribe.”

She’s glad she’s also back in showbiz. “Nakakatuwa kasi nakabalik ako sa acting as Viva got me to do movies for them. Small roles lang naman like in ‘Revirginized’ with Sharon Cuneta, ‘Alapaap’ with Lander Vera Perez. I also did ‘Ang Probinsyano’ and now, I’m doing a series for HBO with a big cast, produced by Reality Entertainment. Kasama ko sina Maricel Soriano, Snooky Serna, Edu Manzano, Judy Ann Santos and other. Pero bawal pang i-reveal ang ibang details. Nag-shoot na kami sa Cebu and to be resumed after the holidays.”

She agreed to join Noble Queen of the Universe because of their advocacy in doing charity projects. “I really like that kasi I’ve been doing charity work in Tacloban for so many years as councilor then as mayor. But being part of Noble Queen is a whole new world for me. I was never really exposed to beauty pageants before but now, it’s a very positive experience for me. Pero nakakanerbiyos pa rin because of the competition, lalo na when we go to Japan for the coronation night.”

It was Patricia Javier who is national director of the pageant who encouraged her to join. Nung sinabi niyang charity, it’s what appealed to me. Whatever crown I’d win in Japan, I’m sure magagamit ko yun in doing lots of charity work and public service. It’s a nice chance for me to do charity work and be of help to others outside of Tacloban.

So how is she preparing for the finals in Japan? “I work out in the gym and do some dieting to keep in shape. I want to look good and be my most presentable self. I’ve also prepared na the gowns that I will take and use in Japan.My two daughters are so supportive and excited sila sa pagsali kong ito sa Noble Queen of the Universe.”