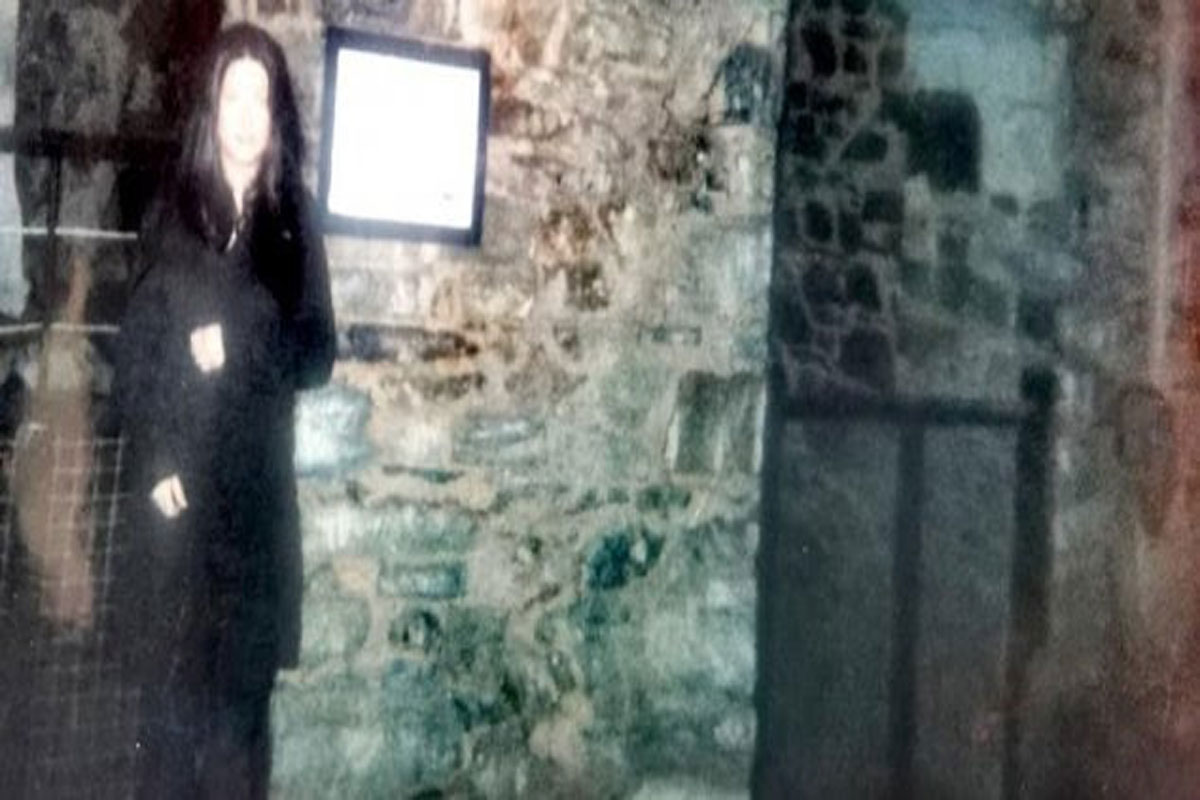 Paranormal investigator Candice Collins maintains that this image shows the spirit of an old man with glasses.

Built in 1779 before closing down in 1927, Bodmin Jail is nestled at the edge of Bodmin Moor in Cornwall, England where it has since been turned into a hotel, museum and gift shop.

Over the years, its haunted reputation has also attracted the attention of numerous ghost hunting shows, paranormal investigators and others keen to experience something unexplained.

One such visitor was Candice Collins who, 15 years ago, was captured on camera next to a rather unexpected extra. The image, which was lost until very recently when she moved house and found it again, has since been generating a great deal of interest on social media.

“I caught some fantastic paranormal evidence at Bodmin Jail before it was turned into a hotel,” she said. “This was snap on a camera while walking around taking pictures. It’s a full body spirit of an old man in a suit with glasses and hair line that is in my photograph, when we were the only people there.”

“I moved house shortly after taking the picture and lost it on the move. I looked everywhere for this picture for years couldn’t find in till I was going through an old folder yesterday and there it was. I was amazed to find it after all that time.”

The image is certainly intriguing. The ‘ghost’, which is visible on the right-hand side, does resemble the shape of a figure, however it’s unclear if it is genuinely paranormal or simply a case of pareidolia – the tendency for the human brain to see meaningful shapes in otherwise abstract patterns.