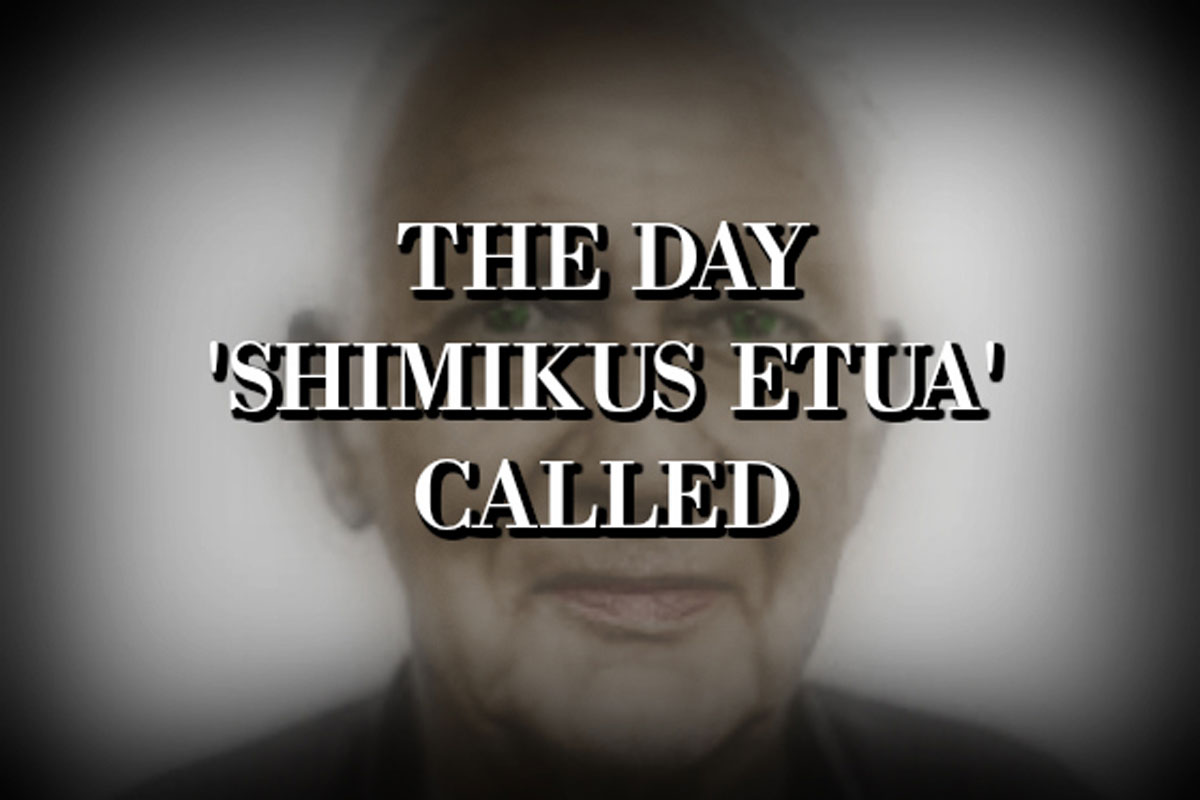 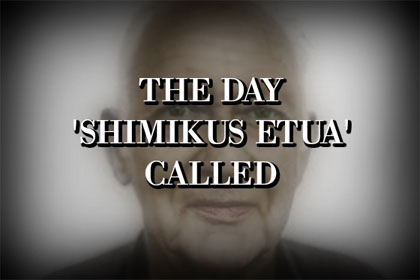 This report does not concern the sighting of a UFO type craft, but a telephone call from a man purporting to be an alien being. My wife and I were told about him by a female friend living in Chicago, who had become his acquaintance.

The call lasted approximately one hour, during which time he explained his origin, how he came to this planet, his people’s purpose in being here, and how he currently occupied the body of a man born on earth.

During the conversation he also answered a number of my questions: about his view of our civilization, the amount of time he and those of his particular race had been on earth, the number of his people living among our population, and certain questions re: history and current events.

The gentleman was astonishingly clear and logical in his expression; almost like a scientist or professor. He also seemed almost Spock-like in his lack of emotion.

Should you wish to have a more thorough report I can send in more detail the topics of our conversation. It has been about thirteen years, but I believe I can recall a number of points he made.

(NUFORC Note: We have met with the source of the report, and we deem him to be a serious-minded source. PD)

“I am going to break the rules as far as filing this more detailed report of my conversation with the gentleman from Chicago. I apologize in advance, because I know you are highly disciplined in your work. It is just that I’d like to get this to you via your personal e-mail (In truth, I’m a real amateur on the workings of the internet.)

As you will read, I will include the names of both the extraterrestrial being, as well as the man whose body he purported to occupy (who is now, as of about a decade ago, deceased.) I will leave it to your discretion as to whether you wish to include that purportedly occupied person’s name.

Tacco and I sat down together to put in place the clear memories of what was shared. We know that we’ve lost certain things that were said – to our great regret – but what is written to you is quite accurate according to the gentleman’s statements and claims.”

“In the summer of 1997 I received a call from a Philippine born woman in Chicago – a long time friend who once babysat for our children – with regard to an older man she had met. The gentleman, she told us, identified himself initially as a “Eugene Randall” and lived in the Chicago suburbs. She, being of an extraordinary open and pure nature, invited him to her family’s residence to take more time to visit. As a matter of fact, Mr. Randall visited our friend and her family quite regularly after the initial meeting.

It was in the course of these visits that Mr. Randall told our friend that he, indeed, wasn’t of this world, and identified himself as, I believe it is called, a “walk-in,” by the name of Shimikus Etua.

After a number of these visits by the gentleman, our friend called us to share the matter. At the end of our phone call, I asked her if this person would mind calling me directly. She said she thought it possible, and that he seemed quite open to share with those who could be open to him, and said she’d ask him. Several nights later, we received a call from Shimikus Etua.

The following is a listing of recollections, and personal impressions I had from the phone call:

1.) My first impression was that I was talking to a very serious and almost professorial individual who didn’t express much emotion. He seemed almost Spock-like. There was no feeling of his being delusional or inconsistant. He spoke in measured tones and answered my questions without hesitation or wasted words.

2.) Shimikus (from now on ‘S’), said that he came from a planetary system somewhere in the vicinity of what we call the North Star. He said that he’d traveled to our planet on one of a few very large “mother ships.” I believe he mentioned that he’d actually been born enroute to our solar system.

4.) When I asked about his civilization’s belief in a supreme being he immediately answered in the affirmative. He then went on to explain that there was a time when his people were not good (I believe he even used the word “evil), and that they tended to be self destructive as well as destructive to other civilizations. However, long ago, before the journey to earth, a “priest” among his people began to teach a path of goodness, that, somehow had a great impact for the good. His people went through a tremendous change, and left behind their negativity.

5.) S mentioned that his people are more than a little concerned with the elements of self destruction on our planet, and wish to help us evolve as a species as they did long ago (I took this to mean, in the sense of ‘consciousness’ and spirituality.) When I asked how his people look at us, he hesitated for a moment, and then said that it is how we may look at “primitive tribes” in our own world.

6.) He explained that those among his race who are now on the earth have come here with the help of earth people who are aware of them, and who have voluntarily offered their bodies and personae as vehicles for these aliens. S spoke in glowing terms of Eugene Randall, who had offered himself for S. (note: I could see that this whole matter of earth people contributing their bodies was entirely of their own free volition, and not anything like a hostile take over, ie, the 1950’s horror classic, “Invasion of the Body Snatchers.”) S also mentioned a Russian man, who, years ago during the Soviet period, had done what Eugene had done; the same admiration and gratitude was expressed for his courage and sacrifice. (I don’t remember the details of the Russian man’s story.)

7.) I asked how many of S’s people were on the earth in the capacity mentioned above. He estimated it to be about 8,000.
Living in Seattle, I asked if he knew how many may be in the Puget Sound area. He said he didn’t know, and that they are not all in good contact with one another (I got the feeling that this race of people has been among us for a very long time, according to his conversation.) He did mention that there was a way for me to find someone if I wished; he explained that there is a symbol that his race uses, and went on to explain it: It is two squares, one over the other, something similar to the Jewish star of David. Only the squares are juxtaposed: One drawn straight up and down, and the other rotated so that the corners of the second square extend out past the middle of each of the first star’s mid-lines – so you end up with an eight-pointed star shape.
S told me that if I put this symbol in my car window, I may be approached and asked about where I learned the symbol…”that may be one of our people” he told me.

8.) S expressed the serious concern of his race for our use of nuclear power, and said that even the “peaceful use” of nuclear reactors is very harmful to the cosmos. Nuclear war was just a horror, as he expressed it, not just for us but for the others in our cosmos. He said we didn’t begin to understand the problems nuclear energy creates. He also mentioned a concern for mid eastern wars, and the use of chemical weapons. Though I didn’t learn just how, S said that his people have ways to counteract the weapons we build; he mentioned their spoiling of chemical weapon stockpiles in Iran.

9.) (I had some trouble getting this) The flood of Noah was mentioned: S explained that one of their larger spacecraft had lost its bearings and crashed in the arctic regions, causing a tremendous and sudden meltdown of ice, and subsequent flooding of portions of the globe (I assumed a tremendous explosion and release of energy.) This, he said, was a contributing factor to the flood.

10.) Situations of co-habitation with earth people: It was also mentioned to me that there was a history of sexual co-habitation between members of S’s race and earth people. In particular, he mentioned that there were cases of this in the Philippine Islands (modern name), and that quite a few hybrid children were born as a result. Lineages continue to this day. An interesting note is that S mentioned our former babysitter who he had first met, and who had called us about him, was of that hybrid lineage.

11.) I asked if there are any other extraterrestial civilizations near earth at this time. He said that there are, and that, unlike his own people, they don’t all have their personal problems worked out. While his own civilization has only the desire to help us develop in a positive direction, there are others who would use us for cruel experimentation – almost like animal labs, and even practice self gratifying sexual abuse with our people (certain horrible abduction experiences? – my reflection). S mentioned that his people try to drive off these evil races when possible.

12.) A humorous incident: S has a brother, he told me, named Andronicus. He said that one day, in downtown Chicago, they were in an elevator in a high rise building, and somehow, were in their original forms…A businessman suddenly entered the elevator, looked at them in shock, and blurted out, “Where did you come from?!”

Andronicus, who was just as shaken up, reacted with, “Well, from my mother!” (S did mention that if I saw him in his original form, that I may be startled, though I got the sense that it is not that far from our own earthly bodies.)

13.) S visited our friend, the Philippine woman, many times in the form of Eugene Randall. She told me in a call sometime after my call with him, that he came to her home one afternoon to help celebrate her birthday. After a while he expressed weariness and asked if he could take a rest. She put him on the bed that she and her husband slept in. Soon, a group of her church friends came by to say happy birthday, and saw this ‘unknown man’ on her bed. They became outraged and spread gossip about her. When she later told S about what had happened, he became sad and upset at the same time. He told our friend, and I paraphrase here, “How long have our people been here on this planet working to help you, and still you don’t understand the meaning of friendship and trust!”

*Several years ago, our friend called and told us that Eugene Randall had been found dead in his apartment by a neighbor. What of Shimikus?

I have no idea, nor does she.”

NOTE: What do you think? Was ‘Shimikus Etua’ an actual visitor from another world or reality? Lon