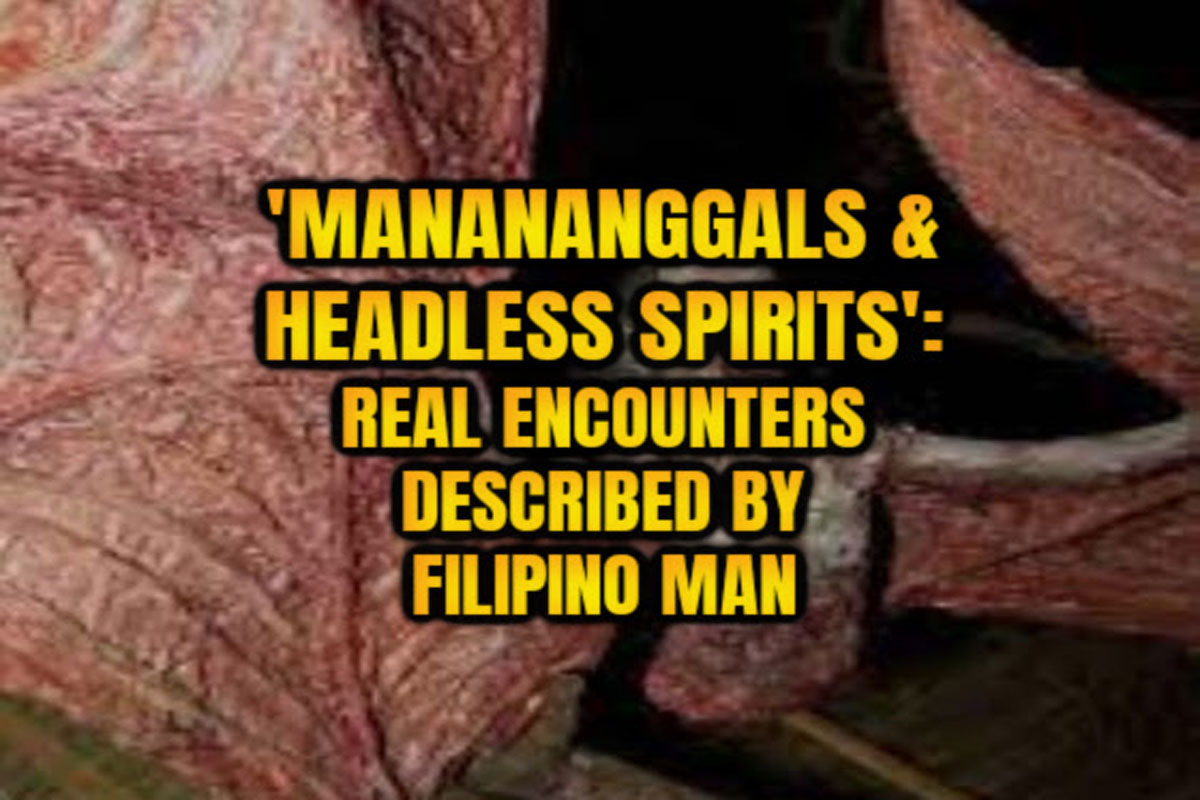 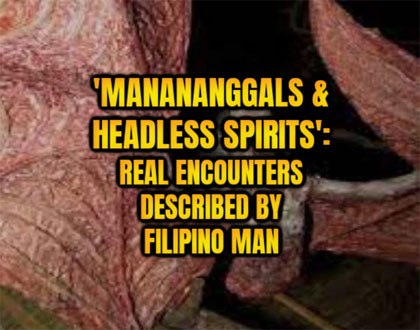 A Filipino man describes local lore and legends that remarkably come to life, including ghosts, vampiric entities, headless spirits, and a host of other strange phenomenon.

The following accounts were recently forwarded to me:

“Around 20 years ago, before I joined the military, I was living in my dad’s hometown in the Philippines after he had retired from service. They have a lot of their own ghost stories there, some downright myths/folklore, others being unexplained and not quite unprovable. Some people say that at a young age we can see ghosts/spirits, and as you get older you lose this ability, but some people retain the ability. I don’t know what it is about Filipinos, but a lot of them that I know apparently retain that ability.

Anyway, I used to play a lot of Airsoft back then, and some of our games went on over the weekend 2 days/1 night. During a day game, we were playing at my friend Dale’s backyard. He owns a lot of property and his backyard is just straight up jungle that took quite a few games, along with the help of the local squatter population to establish a few usable trails.

I’m walking point with my little 6-man team of gun-toting, BB spewing weekend warriors. As I approach a certain area of the jungle, my friend Johnny is like, “PSST! Don’t walk there!” I’m like, “Why not?” He replies, “Trust me, don’t walk there.” I am thinking he senses enemies or something, but think nothing else of it.

Sometime later, at our mid-day lunch break, I ask him what that was all about and he says, “You don’t want to know.” Obviously, this makes me curious and now I’m demanding what is it. When he reminds me of how some people can still see spirits, I instantly understand. He was pretty calm about it the whole time, I guess he’s just used to it. I don’t think I played pointman the rest of the day. I stayed closer to the main group.

Some of the weirder stories in the Philippines are things like the “Aswang” and “Manananggal” which are roughly the equivalent to vampires. These are strange beings that have the ability to detach the upper body from the lower body at night, and fly around (they supposedly have wings) to feed on young children. I personally don’t believe in the legends, but would like to see one if it exists.

Anyway, we were playing a night game in Dale’s backyard, and my team had set up an ambush position. Nobody ever thinks of ghosts/spirits/beings when we play, and it’s not because we don’t want to think of them, it’s because we get so into the game. When this new game started, and we set up our ambush site, someone on my team runs out of position, dropping his weapon, gasping for air and hollering, “Water! Water!” Everyone kind of looks at each other shocked and wondering WTF? He explains he swears he saw the “Manananggal.” Most of us don’t believe it and he swears he did. The odd thing is both him and Johnny (same guy from above story) both said they saw the trees/shrubs/saplings where he was positioned bend down, kind of like how prop wash blows tall grass flat. The area he was sitting at, before he took off, had trees around 1.5-2 inches thick. Nothing too big, but still odd considering no one heard any kind of wind strong enough to move trees/shrubs/saplings that thick. His theory was that he encountered it, and I guess it flew off and the “wing wash” from this half bodied being flying around had moved those trees. Sounds hilarious and completely unreal to me, but hey, what if?

One last one is about another Filipino guy I knew (this is when I was actually active duty, on my second tour over seas). He had an icon of the Virgin Mary, which a lot of Filipinos carry in their car or around their neck. When I asked where he got it from, he said someone had given it to him. He then told me how he always needs to wear it because if he doesn’t, he sees things. I ask him something along the lines of, “Oh, so you can see ghosts, huh?” He said “Yeah, before it was bad. But when I wear this, not really. You know that area around Kamakura? Yeah, I saw a guy with no head there once.” Didn’t spook me really, but I couldn’t pass the guy’s story as fake. My mind is open to a lot of things.

Anyway, I tell my wife (she is Japanese) of this guy’s story about the headless guy in Kamakura, and she proceeds to explain that when Samurais were still common throughout Japan, a lot of people apparently were beheaded. Guess that explains the headless spirit he saw.” K