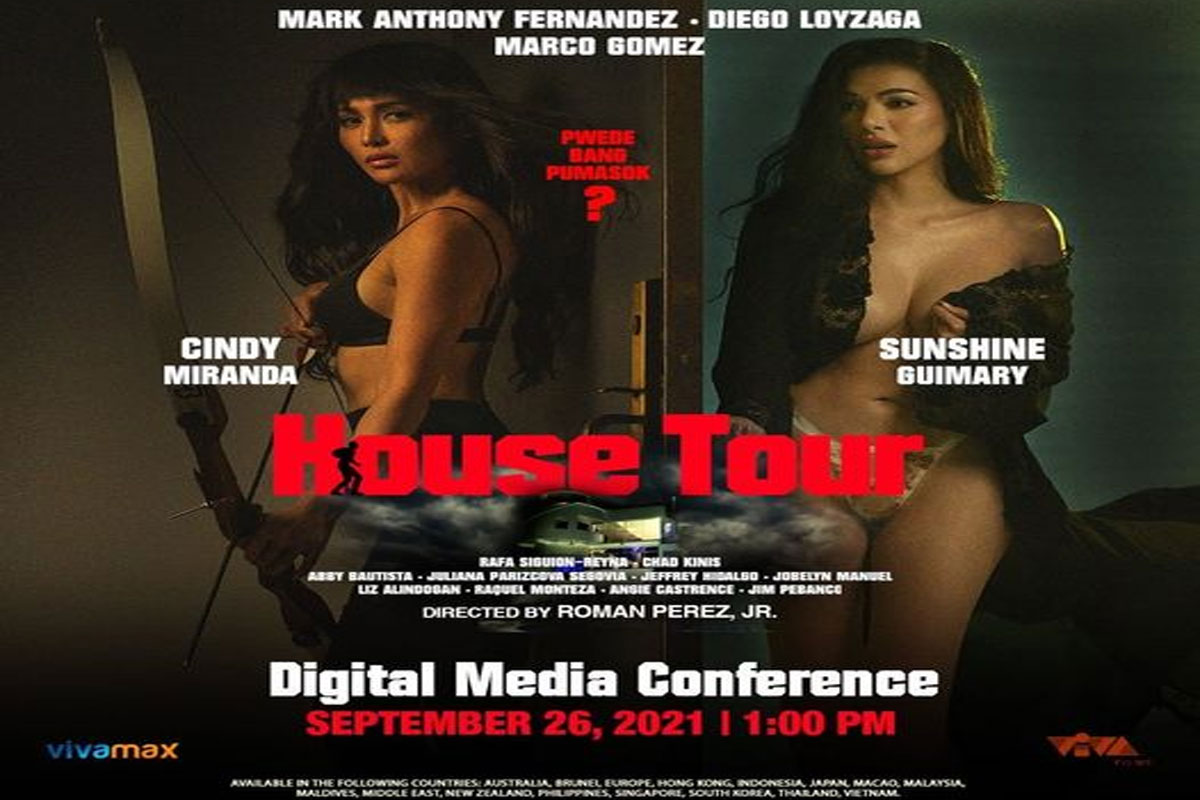 AFTER playing the title role in the violent drama, “Nerisa”, Cindy Miranda now plays another challenging character in the heist-thriller film of DIrector Roman Perez Jr., “House Tour”. The movie is a cautionary tale to celebrities who are fond of showing off their plush homes in their vlogs or youtube channels without knowing it might attract robbers.

This is exactly what happened to Xian Lim after he showed his home on his vlog. Burglars later staged a home invasion on his residence and stole a lot from him.

She says her character is so different from her in real life. “Sobrang jologs kasi siya. Naiiba ito sa characters I’ve done, 360 degrees turn talaga. I have to transform myself kasi malayo siya sa totoong pagkatao ko. Ang maganda, she loves her family so much and will do everything for them. Doon sa gang namin, may sexual tension kasi, although girl ako ni Mark Anthony, ‘yung ibang kasama namin, may pagnanasa rin sa akin. So this is not just a heist film. Maraming twists na mangyayari sa movie, pati sa characters. From the start ng film, mag-iiba ang tema ng movie up to the ending.”

Will she also have sexy scenes like in her past films?

It looks like she and co-star Sunshine Guimary are being pitted with each other. How does she feel about it?

“It cannot be helped kasi sa poster pa lang, may rivalry na sa amin. But when you watch the movie, you’d realize why may ganung factor. But I won’t compete with Sunshine, talagang napaka-sexy niya. The film actually shows that women are strong and they can use their sexiness to manipulate the men around them.”

Director Roman Perez Jr. praises her liberally. “Ibang-iba si Cindy rito from her past movies. As an actress, she really studies the script and works hard with her motivation kunsaan nanggagaling ang character niya. For ‘House Tour’, we did script analysis kasi jologs siya rito and she wants to be true to her role. She wants to show she’s more than a beauty queen turned sexy actress. Matapang siya at kahit ano, puwedeng ipagawa mo sa kanya basta naniniwala siya sa role.”

How would she describe her life during the pandemic? “For me, it was a period of self discovery. Kasi I had more time for myself and my dogs. Naging plantita ako, natuto akong magluto. Tapos, mga simpleng bagay, puede akong pasayahin.”

As a celebrity, would she also feature her own home in a house tour vlog? “Ay, sorry, hindi ako ma-social media, e. I’ve always been very private. Wala akong vlog. And I’m not comfortable to share my place kasi pinapangalagaan ko ang safety ko. It’s my decision not to share anything.”