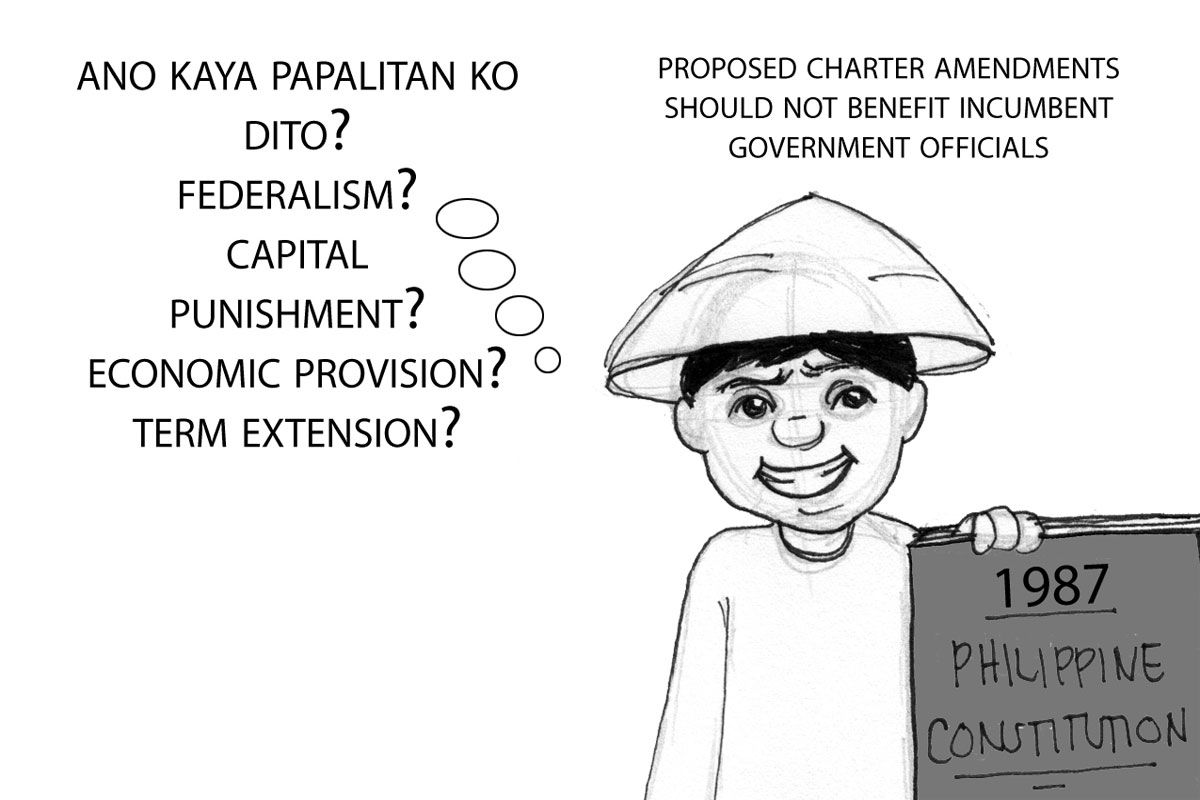 THE people, including the ordinary citizens across the country, agree that the 35-year-old Philippine Constitution has defects that must be corrected as soon as possible.

That’s why there is really a need for all the presidential, vice presidential and congressional candidates to say whether or not they want to revisit the 1987 Constitution.

Any move to revise the Constitution, which was crafted during the Cory Aquino government, hinges on the grater consideration that amendments should benefit the people.

In other words, proposed charter amendments should not benefit incumbent government officials, particularly those holding key, juicy and powerful positions.

Many people fear that incumbent government officials may use charter change (Cha-Cha) to extend their terms of office.

Admittedly, in the past, all attempts to review and revise the 1987 Constitution failed because of strong opposition from various sectors, notably the ordinary citizens.

The people ought to oppose any attempt to use charter change to enable public servants to hold on to power for life.

Think twice before voting for our new senators