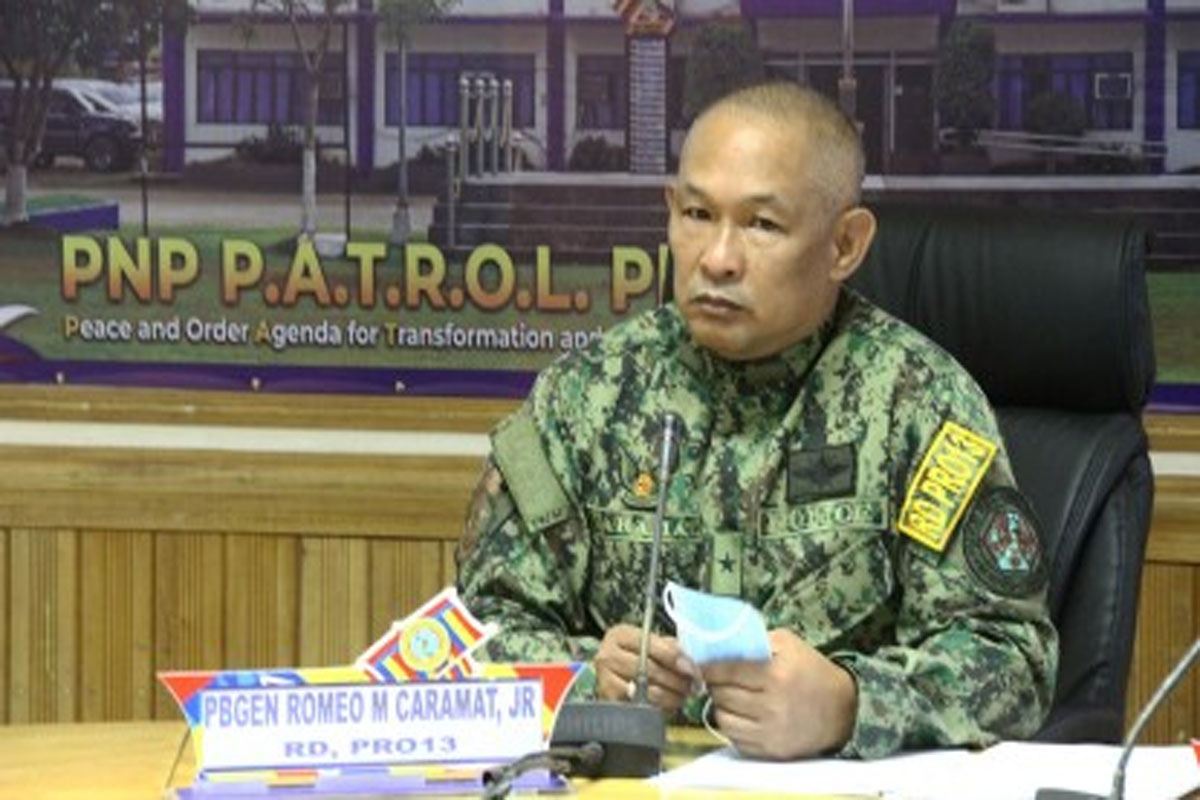 THE Philippine National Police (PNP) on Saturday brushed off claims that a 53-year old lady doctor accused of being a top Communist Party of the Philippines Central Committee official and head of its National Health Bureau is a victim of fabricated charges.

Police Regional Office 13 (PRO13) director Brig. Gen. Romeo M. Caramat Jr. said that Dr. Maria Natividad Silva Castro alias “Yam/Agi/Kyle/Prim” has been on the radar of the PNP and the Armed Forces for being the no. 7 Communist Party of the Philippines-New People’s Army (CPP/NPA) priority target in Caraga region since last year.

In a report to PNP chief Gen. Dionardo B. Carlos, the PRO13 director said that the suspect was tracked down in San Juan City and arrested on the strength of a warrant of arrest for kidnapping and serious illegal detention issued by Judge Fernando Fudalan of the Bayugan City Regional Trial Court Branch 7 in Agusan del Sur.

No bail was recommended for the temporary liberty of the accused, a top graduate of the University of the Philippines College of Medicine in 1995.

Brig. Gen. Caramat said that the suspect is wanted for her role in the kidnapping and illegal detention of a member of the Philippine Army-run Civilian Active Auxiliary in Barangay Kolambungan in Sibagat, Agusan del Sur on December 29, 2018.

The militiaman was reportedly threatened with death and harm during his captivity.

The suspect, a resident of Kilometer 3, Bgy. Libertad in Butuan City was tracked down inside N. Domingo St. in Bgy. San Perfecto, San Juan City on Friday.

“The arrest of Castro marks another setback to the CPP/NPA movement and their inevitable demise. Their bloody, merciless plans have never succeeded; they have always been a failure and a disgrace to every Caraganon,” Brig. Gen. Caramat said.

The official said that the lady physician is one of the top CPP-NPA priority targets they have targeted for arrest under their Oplan “Kasoy” since last year.

The accused was immediately informed of her constitutional rights and the Anti-Torture Law following her arrest. “She is now under our custody prior to her presentation to the court,” Brig. Gen. Caramat said.

Relatives and supporters of the accused claimed all the charges against her were “fabricated” and described her as a health worker who helped “Lumad” or indigenous people in the Caraga region to set up community health centers.

They called for the immediate release of the accused and the dropping of all criminal charges against her. Castro reportedly once served as secretary-general of Karapatan-Caraga where she was said to have provided help to poor communities which have no access to health services.

On the BBM-Sara campaign trail