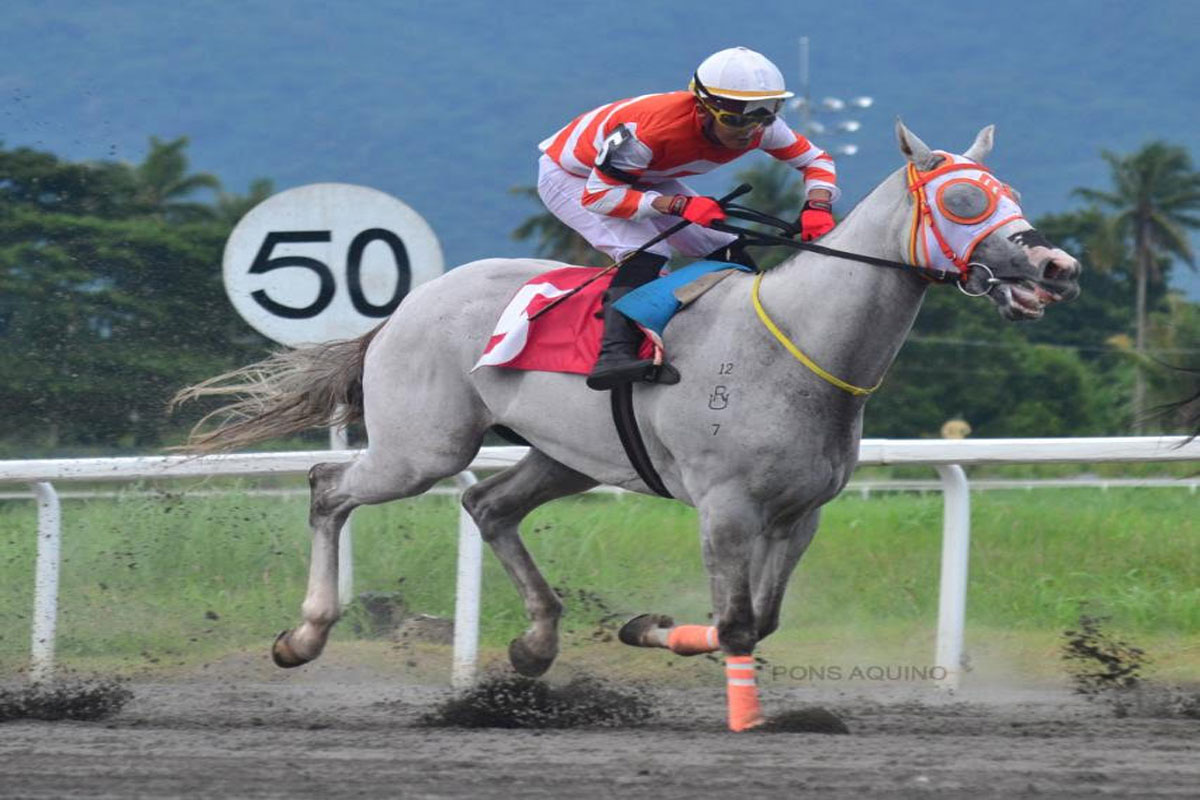 Winning horse Cam From Behind.
Other Sports,

Cam From Behind snatches victory in Sampaguita Stakes

MULTI-titled veteran jockey Kelvin “The Genius” Abobo kept Cam From Behind just off highly-touted Mommy Caring and La Liga Filipina through most of the race, a strategy that paid off handsomely as they took home the P2-million Philracom Sampaguita Stakes at the Metro Manila Turf Club in Malvar, Batangas.

Not being enticed into a speed duel, the Melaine Habla-owned and Ruben Tupas-trained Havana out of Miss Lemon Drop progeny stayed off the warpath-like pace being set by the two front runners and settled nicely in third majority of the 2,000 meter journey.

Just a few strides before the finish line, Abobo and his mount decided enough is enough as they made their move with the ever-dangerous stayer Isla Puting Bato joining the fray.

It was at this point that racing woes crept in for the five-year-old roan galloper as she began to bear out and race real wide at this juncture with Mommy Caring still out in front.

But the fast early quarters took its toll as Cam From Behind nipped the top favorite at the wire to take home the bacon.

The victory was worth P1.2-million for the wining connections while Mommy Caring’s team had to settle for the P450,000 runner-up prize. P250,000 went to La Liga Filipina’s connections for the third place effort and P100,000 went to Isla Puting Bato’s entourage for the fourth place finish.

“We have just witnessed a very exciting race with the outcome decided only in the final strides. Expect more of such in the weeks to come as the industry gears up for the big events which is a trademark of every final trimester of the year,” Philracom chair Reli de Leon said.

He added, “We at the Philracom are also inviting everyone to the upcoming 1st Philippine Horseracing and Breeding Expo this coming October 14-16 at the San Lazaro Business and Leisure Park which will have several features of great interest to the bayang karerista and the public in general.”