Journal News / News / Provincial / Calabarzon top cop to PRO 4-A: Be the best 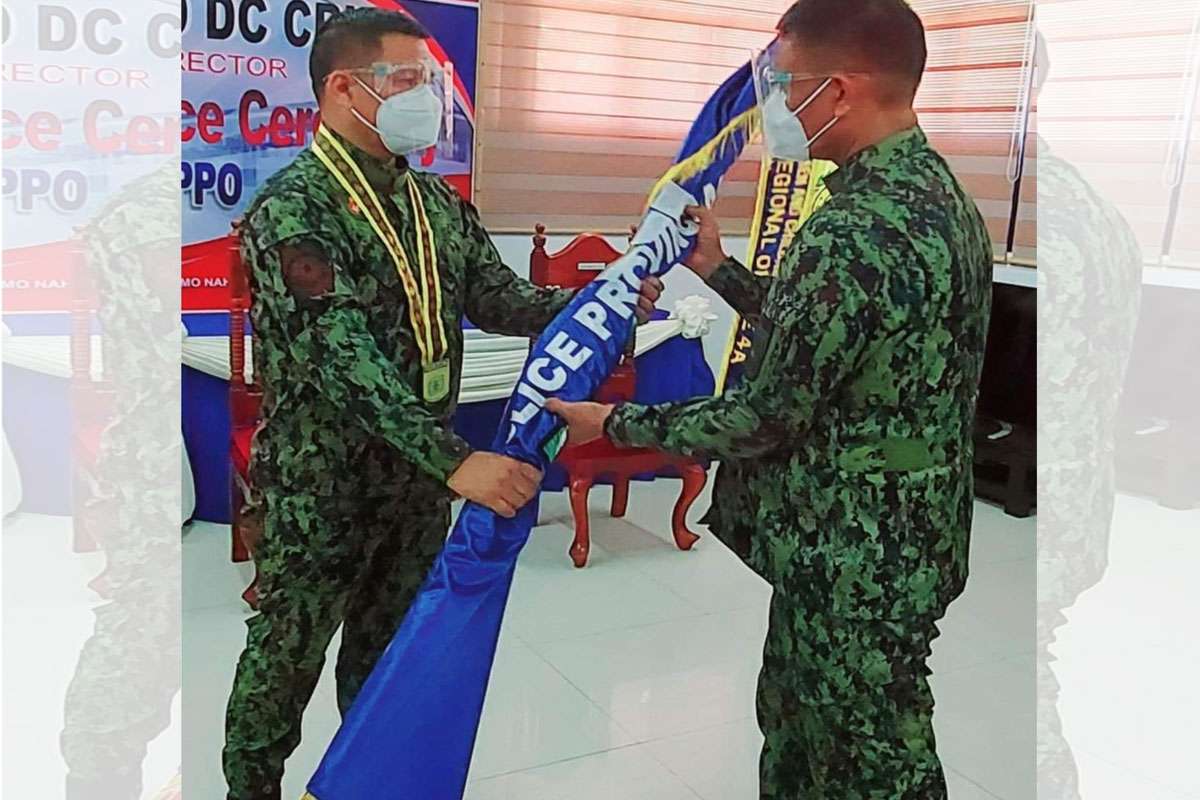 Calabarzon top cop to PRO 4-A: Be the best

“I want this Police Regional Office to be on top, for the people we ought to serve and protect deserves nothing but the best from us. So we must maintain our aggressiveness as we perform our duties and responsibilities”, said PRO4-A director P/Brig. Gen. Eliseo Cruz.

Cruz, one of most drcorated and respected members of Philippine Military Academy (PMA )”Bigkis Lahi” Class of 1990 made the challenge during the turnover rites for the Quezon police provincial director.

Cruz asked Villanueva and his men to adhere with the directives of PNP Chief General Guillermo Lorenzo Eleazar and support his newly launched program which is the Intensified Cleanliness Policy (ICP) aimed at correcting minor and small problems in the service to prevent them from getting worse.

The PRO4A director explained that ICP refers not only to cleanliness in the offices but also in the ranks of the policemen and in the community they serve.

“Let us support our PNP chief in implementing this program as we continue serving our people,” Cruz said.