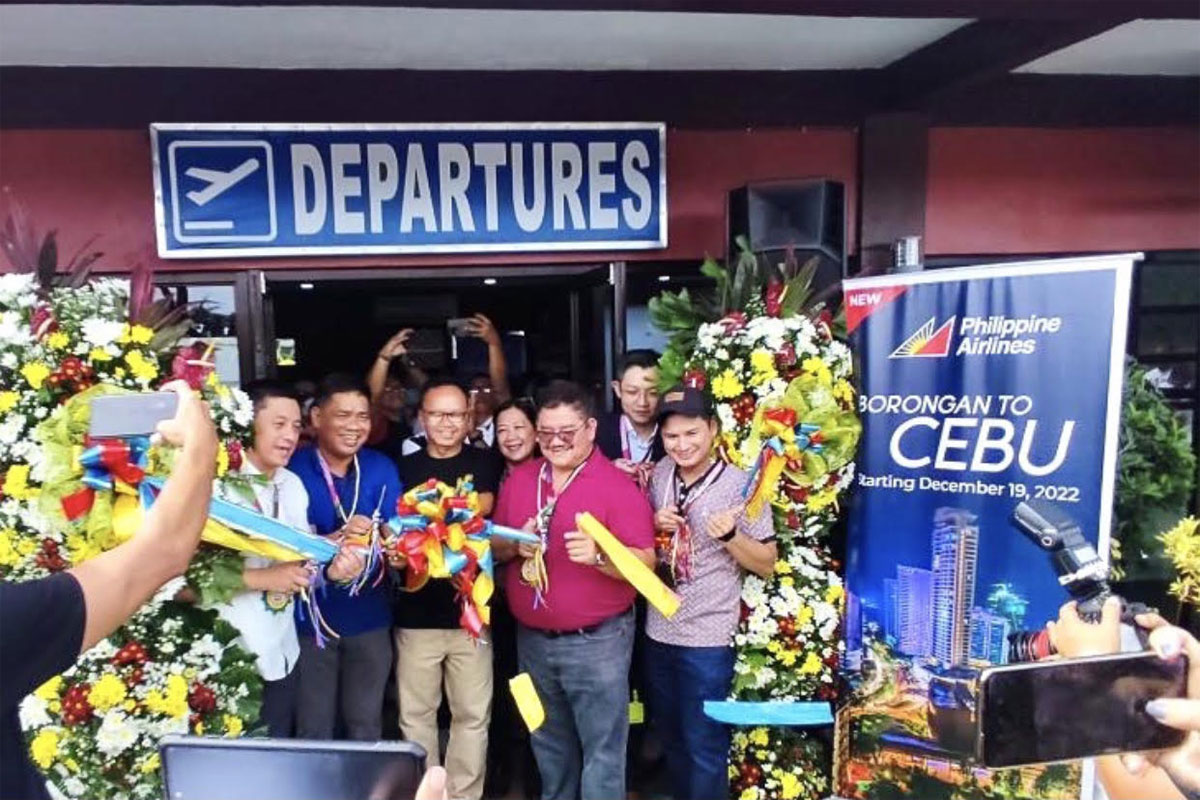 THE Civil Aviation Authority of the Philippines (CAAP) welcomes the resumption of commercial flights at Borongan Airport with the launch of Philippine Airlines’ (PAL) Manila-Cebu-Borongan flights Monday, December 19, 2022.

A De Havilland Dash 8-400 aircraft was utilized for the maiden flight, which carried 73 passengers on its arrival to Borongan. PAL will fly to and from Borongan Airport twice a week, every Monday and Friday.

The flights were added to provide easier air travel from Eastern Samar to Manila, where passengers used to travel by land for three to four hours to the nearest airport in Tacloban City.

“We would like to thank all of the stakeholders who have worked tirelessly to make this new service a reality. CAAP will remain committed to ensuring that the new flight routes are operated safely and efficiently. Hopefully, our travelers will take advantage of these new flights to Borongan and experience all that Borongan and Eastern Samar have to offer,” CAAP Director General Captain Manuel Antonio Tamayo said in a statement.

Borongan City is located in the Province of Eastern Samar, an emerging surfing site and home to tourist spots such as Ando Island, Divinubo Island, Hilangagan Beach, Matandugon Beach, and Baybay Boulevard.

Borongan Airport is a community airport with a pre-departure area that has a seating capacity of 75.