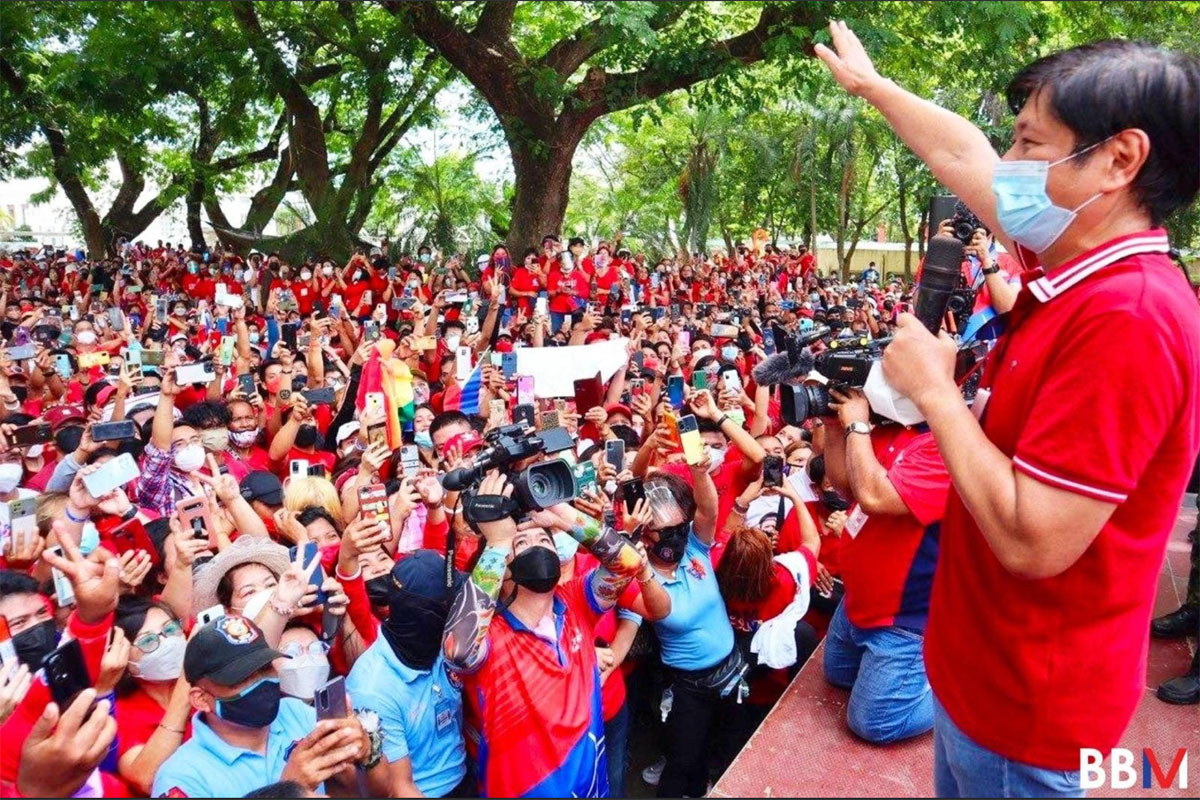 BBM eligible to run for President

PRESIDENTIAL aspirant Ferdinand ‘Bongbong’ Marcos, Jr dispelled Tuesday speculations that a possibility of his disqualification is not far-fetched, saying “all pieces of evidence and legal arguments in our hands clearly show that the petition against my candidacy is nothing but trash.”

Marcos issued the statement to assure his millions of supporters that his fight to serve the Filipino people under a unifying leadership is impeccable and will get through misleading propaganda.

He stressed: “I’ve personally seen the documents for our defense and I’ve personally discussed them with our legal team who, along with some reputable and respectable legal experts, concluded without doubt that the petition to delist my name from the roster of applicants for the presidency is without merit and has no legal basis.”

Bongbong was referring to earlier legal views expressed in public by former Justice secretary and Ateneo law expert Alberto Agra and UST faculty of law dean Nilo Divina who have both opined that the petition has no basis in fact and in law.

“The attempt to stop Marcos, Jr. from joining the 2022 presidential race is likely to fail,” said Divina, who stressed that “the petition is bound to collapse once evaluated by the Comelec because it appears to be defective in form and offers insufficient legal basis to obtain its desired judgment.”

For his part, Agra, former secretary of the Department of Justice (DoJ), said in a radio interview that “there is no legal ground to cancel the CoC of Marcos, Jr.” The Ateneo law professor argued that the “petition has no legal basis and is unlikely to move forward.”

The Ateneo law professor explained that “it was clearly stated in the Omnibus Election Code that Marcos, Jr. is qualified to run for president because he had no shortcomings in his CoC submission as alleged by the petitioners.”