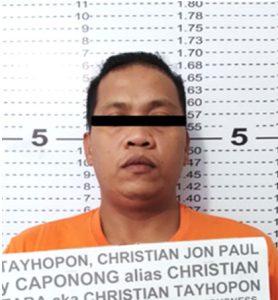 The 30-year-old Caponong is listed as the Rank No.1 most wanted person in CALABARZON with five counts of Rape according to Cansilao.

The suspect police said has two different warrants of arrest issued on December 22 and 23, 2021 from the Regional Trial Court, Branch 261, in Pasig City. The rape victim was a 12-year-old girl and the crime happened in January 2019.

“The arrest of the accused is just proof that whoever is responsible for this can never hide from the law. Those who break the law have the appropriate punishment that they must pay,” PCOL Cansilao said.