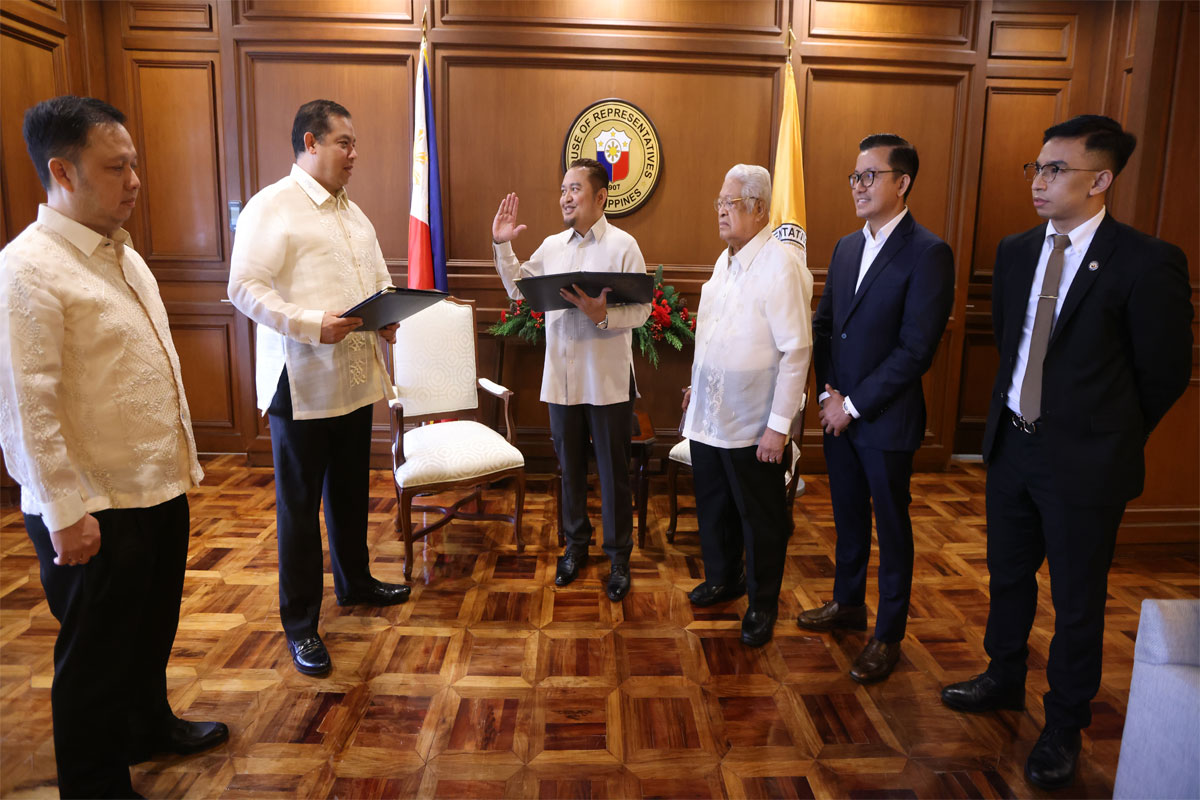 Lagman was elected vice governor of the province in last year’s elections. However, he assumed the position recently after the Commission on Elections (Comelec) disqualified former Gov. Noel Rosal.

“Congratulations on your new responsibility as governor of the province of Albay,” Romualdez told Lagman after the simple oath-taking rites held at the Speaker’s Office in the House of Representatives Wednesday afternoon.

“I am confident that you will serve your constituents to the best of your ability and accord the highest priority for their welfare,” the Speaker added.

Lagman was accompanied by his father, Albay 1st District Rep. Edcel Lagman, who held the post multiple times since 1987.

Also with them to witness the event were Ako Bicol Party List Reps. Elizaldy Co, chairman of the Committee on Appropriations, and Raul Angelo Bongalon, as well as former congressman Alfredo Garbin who had represented the same party list in the chamber.

Marcos to LGUs: Be prudent in use of gov’t funds