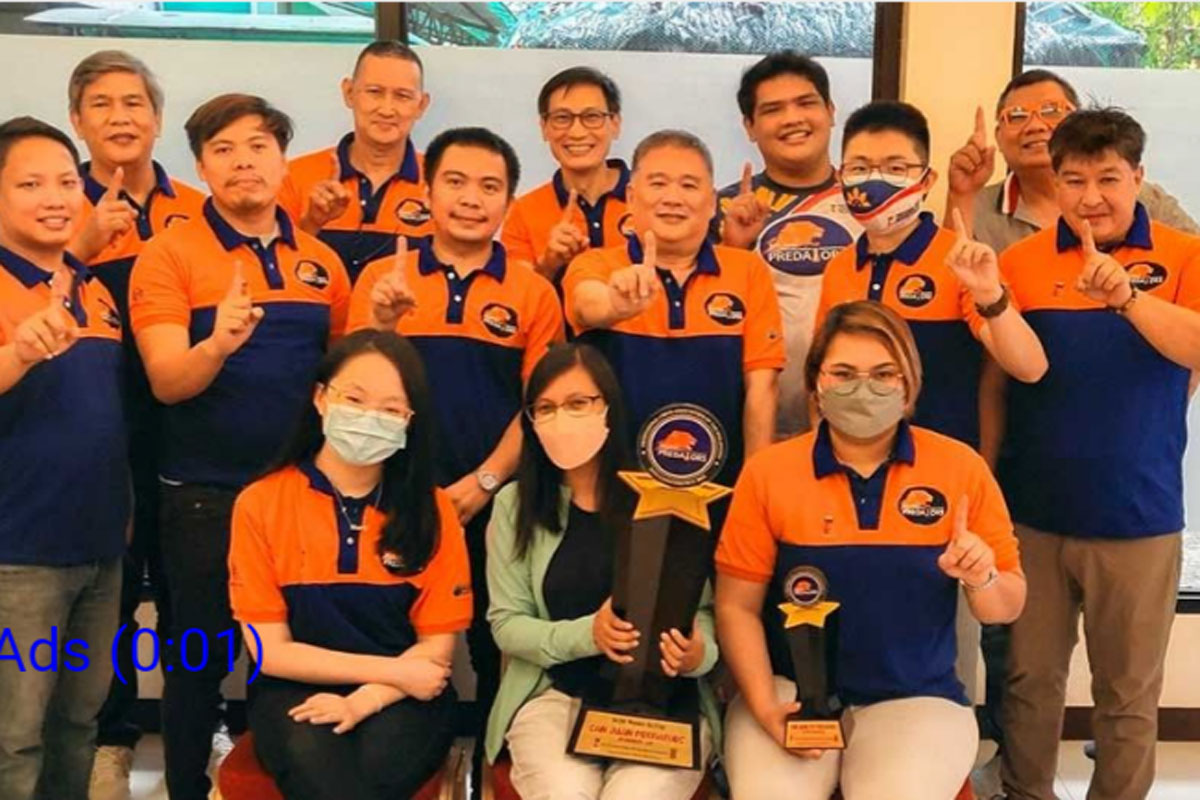 SAN Juan Predators made history by beating perennial rival Iloilo Kisela Knights, 16-5 and 10.5-10.5 (2-1) in their two-match title showdown and winning the 2022 PCAP All-Filipino Conference over the weekend.

In winning the championship, San Juan became the first team to win back-to-back titles in four conferences of PCAP since its establishment last year.

The Predators of team owner Michael Angelo Chua and coach Hubert Estrella also underscored their billing as the winningest team in the league with two titles, one runner-up and one fourth-place finishes.

Barbosa outduelled GM Rogelio Antonio, Jr., 3-1, including their all-important Armageddon battle that clinched the win for San Juan in the three-game playoffs.

Equally impressive was Fronda, who overpowered WFM Cherry Ann Mejia, 3-0, in their first match and 2-1, in the second encounter in the female board; and De Guzman, who outclassed NM Cesar Mariano, 3-0 and 2-1, in the senior board.

The Reyes-Ochoa match turned out to be the most exciting which ended into a rook versus rook endgame.

But the black-playing Reyes held out long enough despite less time on the clock and forced a draw on the 50-move rule with only 1.2 seconds left on his clock.

The draw with black secured the Armageddon win for Reyes and the title to the Predators.

NM Rolly Parondo, Jr. averted a shutout for Iloilo when he forced FM Nelson Mariano to a draw, which is an Armageddon loss in their playoff match.

San Juan’s homegrown players, led by the Reyes brothers, also took a 10-8 advantage from all the points available.

Overall, San Juan finished with a 29-5 win-loss record in the elimination round.

The tournament is sanctioned by the Games and Amusements Board (GAB), headed by Chairman Abraham “Baham” Mitra, and supported by the National Chess Federation of the Philippines (NCFP), led by Chairman/President Prospero “Butch” Pichay.