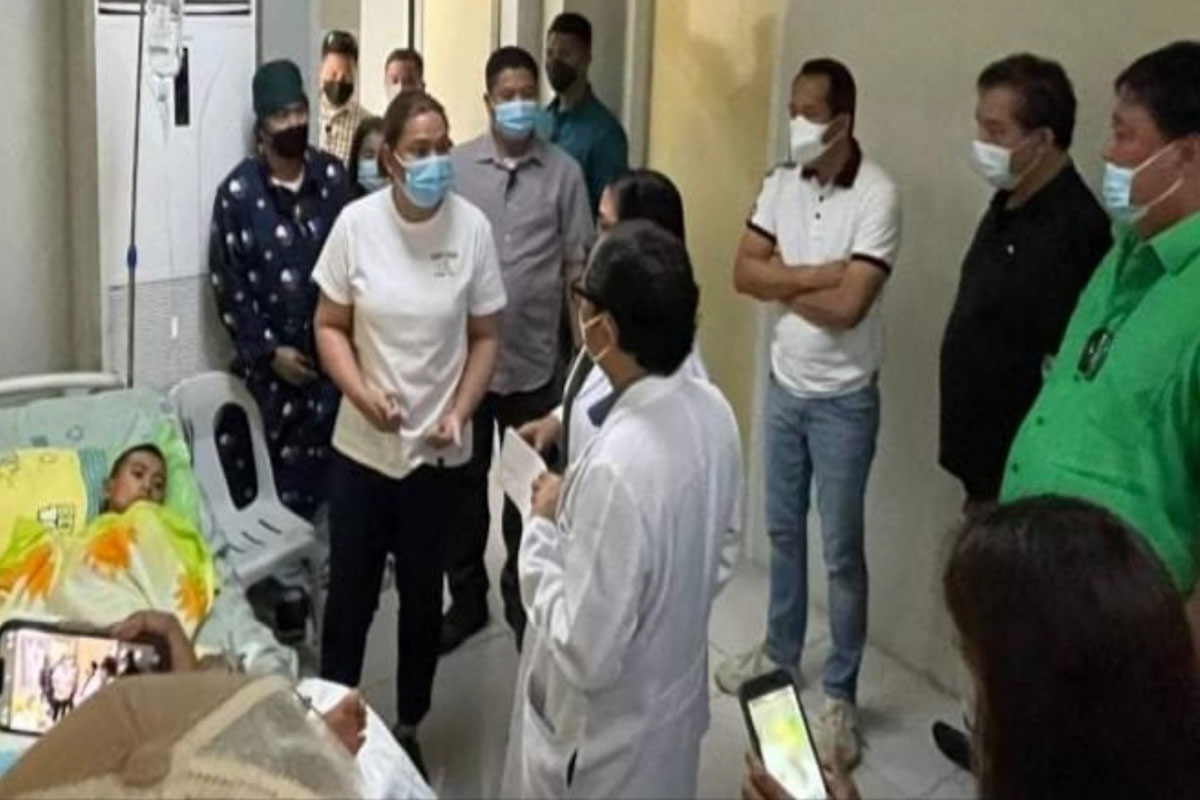 For giving hope to Agaton victims in Leyte

Also with them were Mayors Jose Carlos Cari of Baybay City, Daisy Lleve of Mahaplag town and Mayor Lemuel Traya of Abuyog municipality.

She also paid visits to hundreds of families rendered homeless by Agataon and which are temporarily sheltered in evacuation centers in Baybay City and Municipalities of Mahaplag and Abuyog.

Duterte also visited miracle ‘kid in refrigerator’ CJ Jasme at the Immaculate Concepcion Hospital in Baybay, Leyte. CJ survived by the landslide caused by typhoon Agaton by hiding inside a refrigator for a day. His parents perished.

Duterte urged CJ to fight no matter what life throws at him.

Baybay City bore the brunt of the fury of the recent typhoon. More than 100 reportedly died from landslides and flooding.

Romualdez, who is president of Lakas-CMD, thanked Duterte for visiting his provincemates.

“The visit means a lot to us. It uplifts our people’s spirits. They are still grieving over the death of some relatives, friends or neighbors. They are still suffering from the loss of homes and livelihood,” Romualdez said.

Aside from deaths and loss of homes and livelihood, the typhoon caused extensive damage to infrastructure and agriculture.