Journal News / News / Nation / ‘Not Our Screens’ campaign vs OSAEC 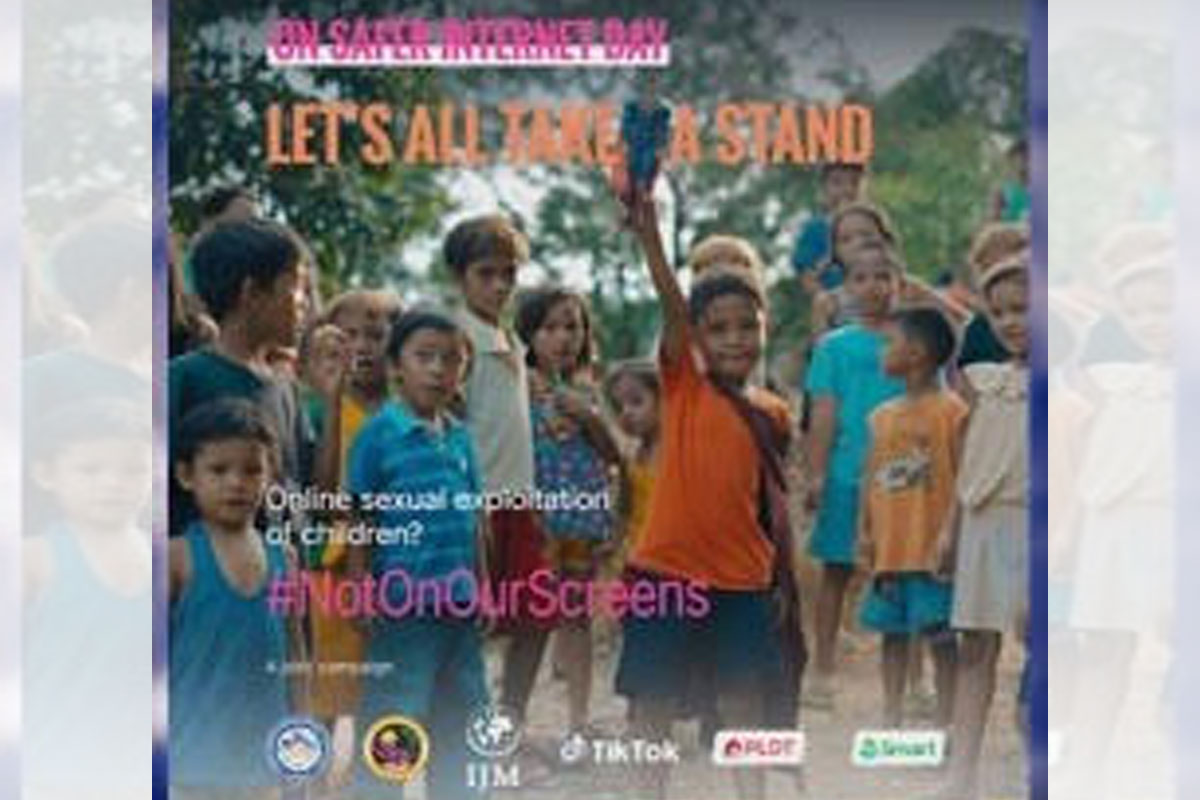 ONLINE ADVOCACY. The campaign poster for “Not Our Screens” against online sexual abuse and exploitation of children is launched in Cagayan de Oro City on Tuesday, Feb. 8, 2022. (Image courtesy of IJM)
Nation,

‘Not Our Screens’ campaign vs OSAEC

The #NotOnOurScreens campaign aims to cultivate a culture of vigilance against the trafficking of Filipino children through the creation and propagation of child sexual exploitation material.

The campaign was jointly launched by the Department of Justice – Inter-Agency Council Against Trafficking (DOJ-IACAT); Philippine National Police – Woman and Children Center (PNP-WCPC); and the International Justice Mission (IJM).

Other campaign partners include the social media platform TikTok, and telecommunications company PLDT and Smart.

In a statement, DOJ-IACAT Undersecretary-in-Charge Emmeline Aglipay-Villar said the OSAEC is currently the worst form of trafficking, and it is unfortunate that the internet is being used by unscrupulous individuals in a wrong and illegal way.

“Thankfully, we have held several perpetrators accountable – at least 138 of them already serving their respective sentences, including life imprisonment. But we cannot rest on our laurels, especially with the surge of this crime during the pandemic,” Villar said.

“More than ever, there is a greater need now to stay alert against this crime. We at IACAT call on the public to help fight this crime by reporting it to authorities,” she added.

The campaign was also launched as the world observes Safer Internet Day, in which partner organizations celebrate wins achieved over the years while calling for stronger community resolve against the continuing threat.

In a separate statement, the IJM said since Philippine authorities got wind of the modern form of child trafficking, more than 300 perpetrators have been arrested, and close to 900 victims have been rescued as a result of the government’s relentless campaign to end the online sexual exploitation of children, including numerous successful anti-trafficking in-person operations conducted by the PNP-WCPC.

The WCPC is a specialized unit of the PNP working against online sexual exploitation of children, which is a trafficking offense in the Philippines.

The WCPC also runs a 24-hour Facebook page helpline, dubbed as “AlengPulis”, where people can report online sexual exploitation of children and other incidents of abuse and exploitation of women and children.

The government, through the DOJ, has also scored at least 138 convictions, based on IJM-supported operations as of Dec. 31, 2021.

Cathy L. Yap-Yang, PLDT and Smart 1st vice president and group head for corporate communications, also said their firms support the IJM and the government in its efforts to continuously broaden the coalition against online sexual exploitation of Filipino children.

“As cases of this crime soared through the pandemic, we were able to block access to an accumulation of over 179,000 URLs (Uniform Resource Locators, or websites) linked to online child abuse through our network-embedded Child Protection Platform, as of January 31, 2022,” she said.

Driven by their pioneering child safeguarding policy, Yang said they have also rolled out child online safety education to over 37,000 stakeholders and implemented capacity-building interventions for barangay councils for the protection of children in the most affected areas.

Campaign videos are posted on IJM Philippines’ TikTok channel (@ijmph). To view all campaign videos, search for content under the #NotOnOurScreens hashtag on TikTok.