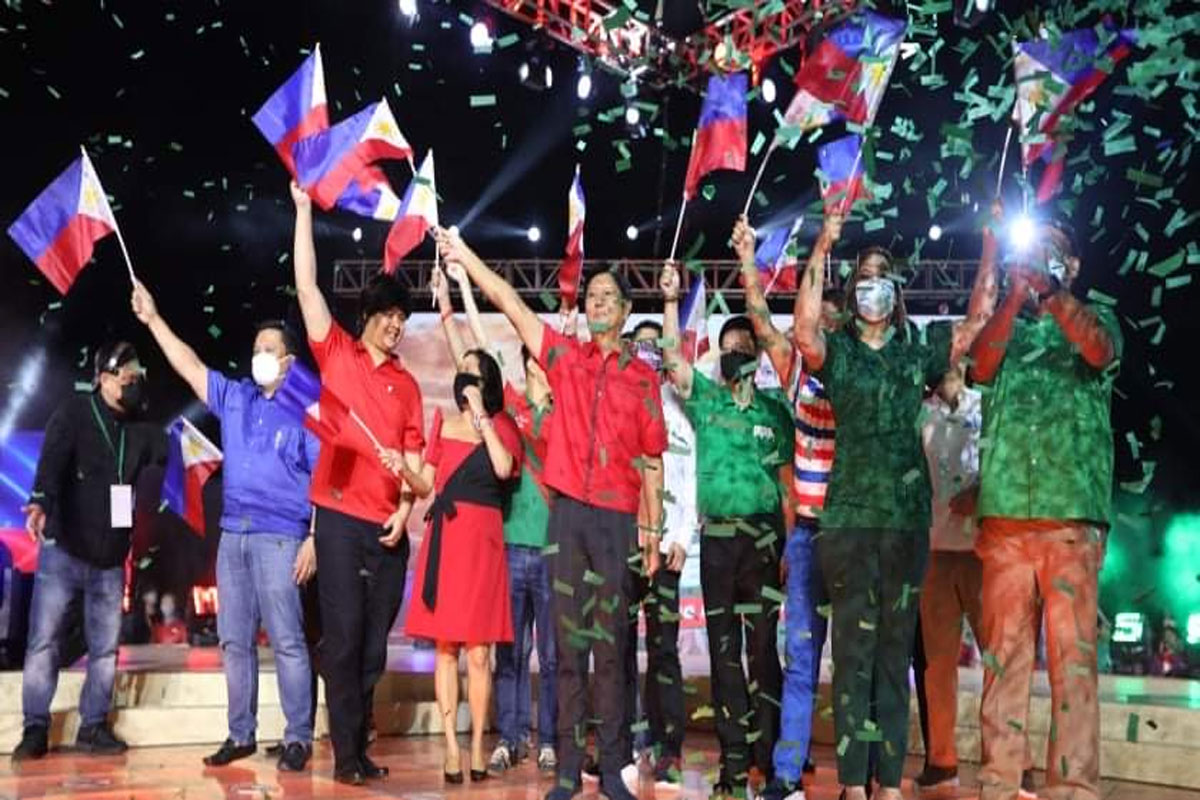 IN a show of force, UniTeam Alliance candidates led by former Sen. Ferdinand “Bongbong” Marcos, Jr. on Tuesday kicked off their campaign rally with more or less 25,000 supporters in Philippine Arena as Davao City Mayor Sara Duterte urged the people to protect her running mate.

“We must protect President Bongbong Marcos,” Duterte said during the campaign lunch at the jampacked Philippine Arena, in Ciudad de Victoria in Bocaue, Bulacan, amid the disqualification cases before the Commisison on Elections (Comelec) and the reported assasination attempt against Marcos.

In defending her choice of Marcos, Duterte said the presidential candidate of the Partido Federal ng Pilipina (PFP) is an experienced leader who can help unite the Philippines and bring economic recovery amid coronavirus disease 2019 (COVID-19).

Duterte said Marcos is “endowed with wisdom and experience.”

“The kind of experience we need not only to sustain the growth and development spurred by the current administration, but also to bring a more prosperous future. We must protect President Bongbong Marcos,” Duterte, Lakas-CMD chairperson,

Duterte also called upon Filipinos to be like eagles and fly, soar, fight and win.

“Mga kababayan, let us all be eagles. We shall fly, soar, fight and win,” Duterte said during the proclamation rally, signalling the start of the 90-day national campaign.

The Davao City mayor said she wants three things for the Filipinos– jobs and livelihood, quality education and a peaceful life.

Duterte also called upon the Filipinos to “stand tall, united, and be resilient” amidst the challenges faced by the country.

Duterte was referring to the Typhoon Odette devastation she saw in communities during her Mahalin Natin ang Pilipinas Ride (MNPR) in the Visayas and Mindanao.

Duterte also said the past two years have been “a very challenging time for everyone of us.”

“Pero nandito pa rin tayo, buhay at patuloy na lumalaban sa hamon at umaasa na may magandang bukas pa na darating. We shall move forward, we will live with COVID and we will bounce back like never before,” the Davao City mayor said.

‘Not Our Screens’ campaign vs OSAEC