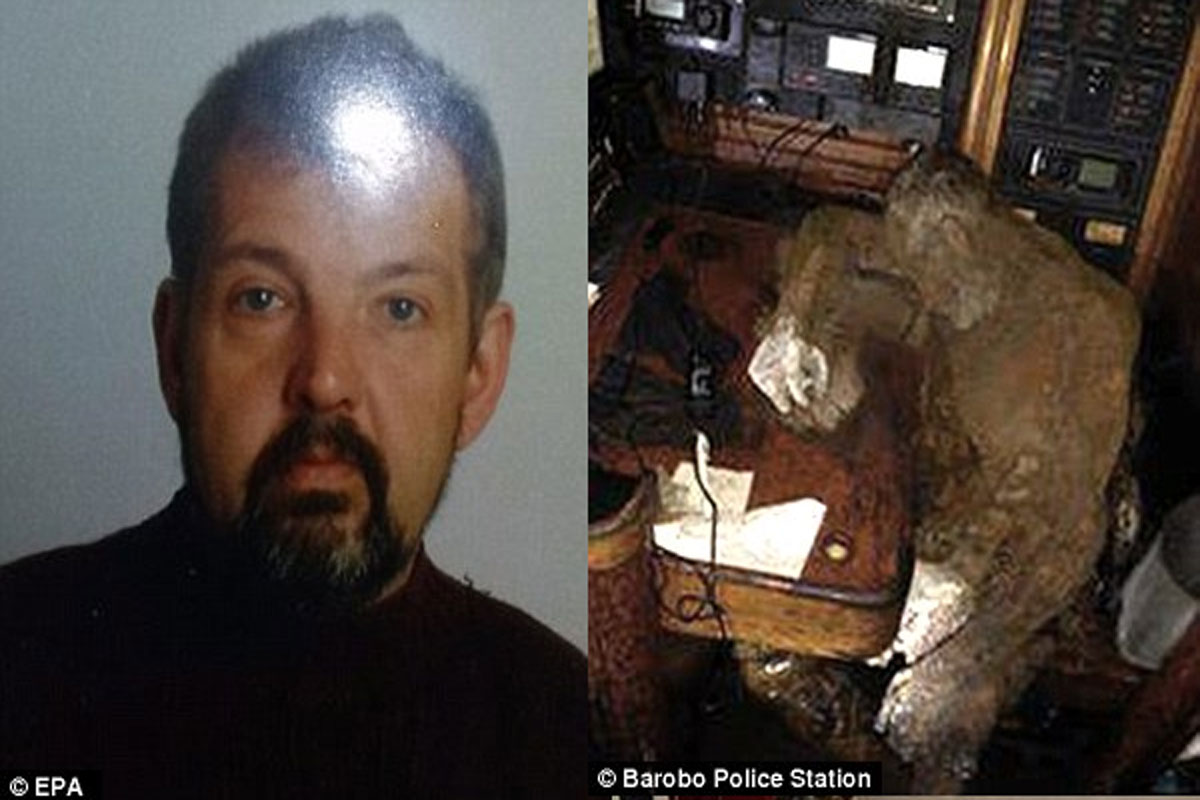 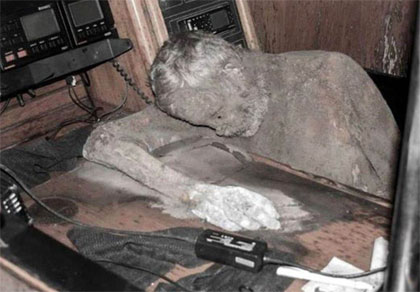 Mummified captainOf all the odd things that were found in the high seas, this is perhaps the most creepy … and the saddest. A man’s mummified remains were found drifting aboard his yacht 50 miles off the coast of the Philippines.

“Express” reported a recent discovery by two fishermen of a yacht partially submerged off the Philippines ‘ Barobo coast. They came face to face with the captain’s gray, mummified remains amidst strewn food, photo albums, and clothes when they climbed aboard.

The corpse was preserved by high temperatures, dry ocean winds and salty air as the boat sailed around the globe. 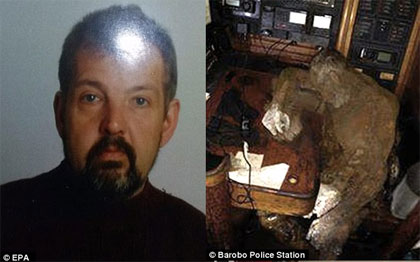 Manfred Fritz Bajorat, 59, who was found dead on his yacht off the coast of the southern Philippines, died from a heart attack.

Jeremy Laurance writes for The “Independent” on the condition of the remains:

“Pictures show a man with silver hair and a beard, his head leaning towards his crooked arm, which is resting on the table, as if he were studying a chart. <…> Seated in the cabin, it was protected from scavenging sea birds; and the high temperature, low humidity and salty sea-air appear to have combined to produce ideal conditions for preservation of the corpse.”

“Natural mummification such as Bajorat’s is rare, as it requires extreme conditions of cold, salinity, acidity or aridity.”

The Independent article also reports that the last message received from Bajorat was in 2015, although he has not been seen since 2009.

What Are Shadow People? The Explanation Is Beyond Creepy