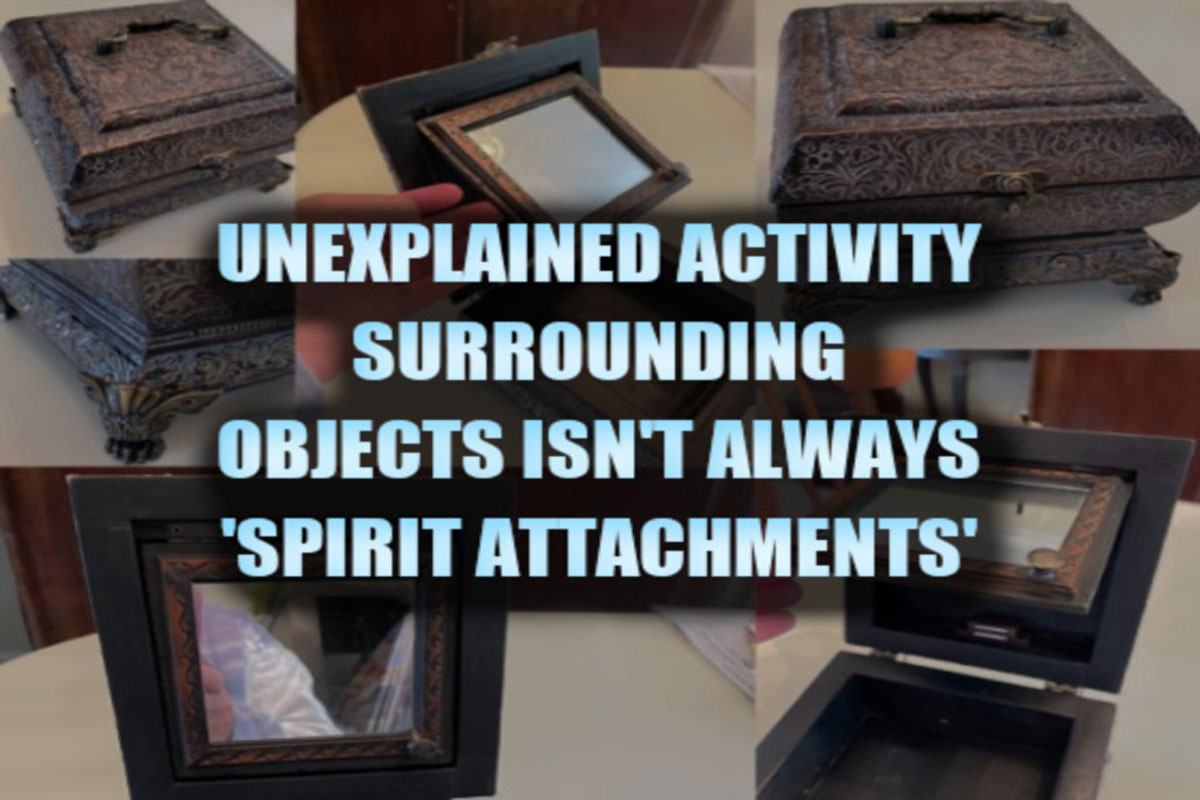 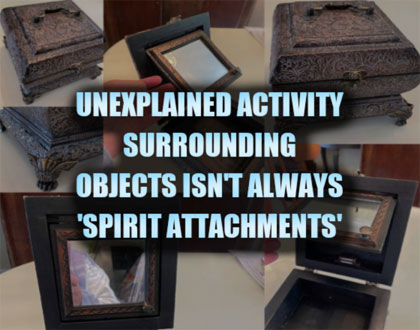 Another purchase at an antique store results in strange paranormal activity. Instead of being objects attached by spirits, it seems to be an Earthbound energy seeking attention.

‘A family member bought this object at an antique store (image in link). She looked at it, and walked about 20 feet away from it, then was drawn back to the object, looked at it closer, it was a great price, and decided to buy it.

After bringing it home today (8/10/2021), it sat in the garage for a few hours. Later on she went outside to clean it and wash it out, and brought it inside the home, into a room near the kitchen and left the object there on the table. She took several photos of the object on the table, then immediately went into the kitchen to clean the dishes.

While cleaning dishes, she felt an intense force rushing up on her to grab her. She felt the actual pressure on her left side from the disembodied voice coming up on her, and heard something make a sound in her left ear (she said can’t remember the exact sound but but when she originally told me it was almost like a negative ‘ahhh!’ It wasn’t a high pitched yell or anything – like a medium range sound). It made her jump and she let out a loud shrieking sound. It was an intense, immediate feeling of panic when it happen she said. The feeling went away only after telling any negative spirits and energies to leave and that they are not welcome here (saying it out loud several times in the garage and inside the house), while placing a bible on the object, and holding a cross.

At first, when it happened, she thought someone else was playing a trick on her in the house (the feeling of a male figure, she actually thought it was her husband coming up on her to mess with her), but there was no one around. The closest person was in the bathroom quite a distance away and another person was on a separate floor of the house. After hearing the shrieking/yelling sound she made, the family member in the bathroom quickly came into the kitchen asked what just happened. It all happened very quickly, around 5:40PM local time.

This is not the first time an object has been purchased, brought home, and very strange things start happening. For example, an antique wood clock that was purchased in another state. It was a clock that would hang on the wall and had a very solid latch that would keep it closed. We would come down several times in the morning and the clock would be completely open as if someone moved it over the latch and opened it up. Sometimes the TV would even be turned on to different screens in that same room. But no one messed with the clock, and no one turned on the TV. You would even hear people yelling out your name, as if someone was calling for you, but no one was actually calling for you.

After getting rid of that clock, those issues basically completely stopped. Today’s example was the most ‘negative’ feeling of all the paranormal experiences in this home, but again, things felt much better after telling it to leave and that it’s not welcome here. The other experiences did not feel negative, maybe playful or trickster like, but nothing negative. However, the name calling out has somewhat persisted or continue on, but is still very infrequently / off-and-on.

While writing this story, there were several electronic glitches, where I wasn’t able to write it out (notepad would scroll up by itself and not let me copy the text I wrote, this long block of text kept deleting itself in real-time while I was watching the screen, so I had to copy and paste it to a new note). While trying to save the images it froze my computer. Maybe it has nothing to do with it and is just a software issue, but who knows.

This items, as with the previous purchases, was removed from the home and given to Goodwill.” P

NOTE: I don’t believe that this is a case of an object attachment or possession. In fact, it seems to be an Earthbound energy trying to seek attention. It may be prudent to call in a spirit rescuer and to see if the energy it willing to move on to another level. Lon