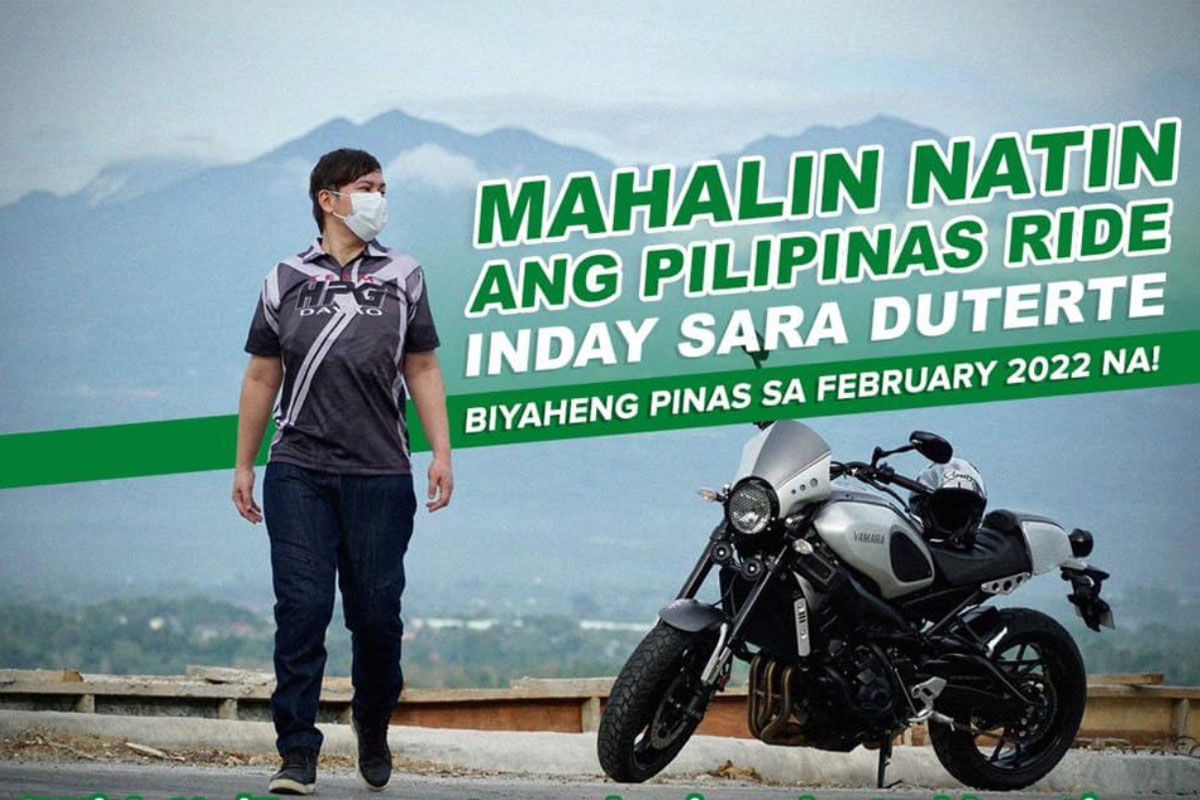 Duterte said the MNPR caravan was conceptualized amid the challenges brought by the imposition of different travel and social gathering restrictions against the spread of coronavirus disease-COVID-19.

The online program featuring the one-month ride, which is part of the Philippine loop of her on-the-road campaign for the May 2022 elections, will be aired on Mayor Inday Sara Duterte Facebook page and Sara Duterte YouTube channel at 7 p.m. on weekdays.

The three to five-hour daily ride will feature tourist landmarks, short meet ups with local supporters, and distribution of Philippine flags to remind Filipinos that the country needs unity to advance positive change and sustainable development.

Duterte earlier said the program aims to foster nationalism among Filipinos and communities by bringing to the road the “Mahalin Natin ang Pilipinas” campaign.

“The main group is composed of Mayor Sara’s security and team. There are other parties llike the ‘Ituloy ang Pagbabago Movement (IPM)’ of Gov. Claude Bautista and riders from different clubs. The senatoriables will do the loop all the way,” Jagonia said.

Dr. Lea Gomez will also be part of the loop as representative of The Litas Davao – an international network of female riders who advocate road safety and tourism in Mindanao.

The bike-ride campaign will start in the eastern side of Mindanao to Cagayan Valley and will head back to Davao after taking the west-side route from Ilocos Norte.