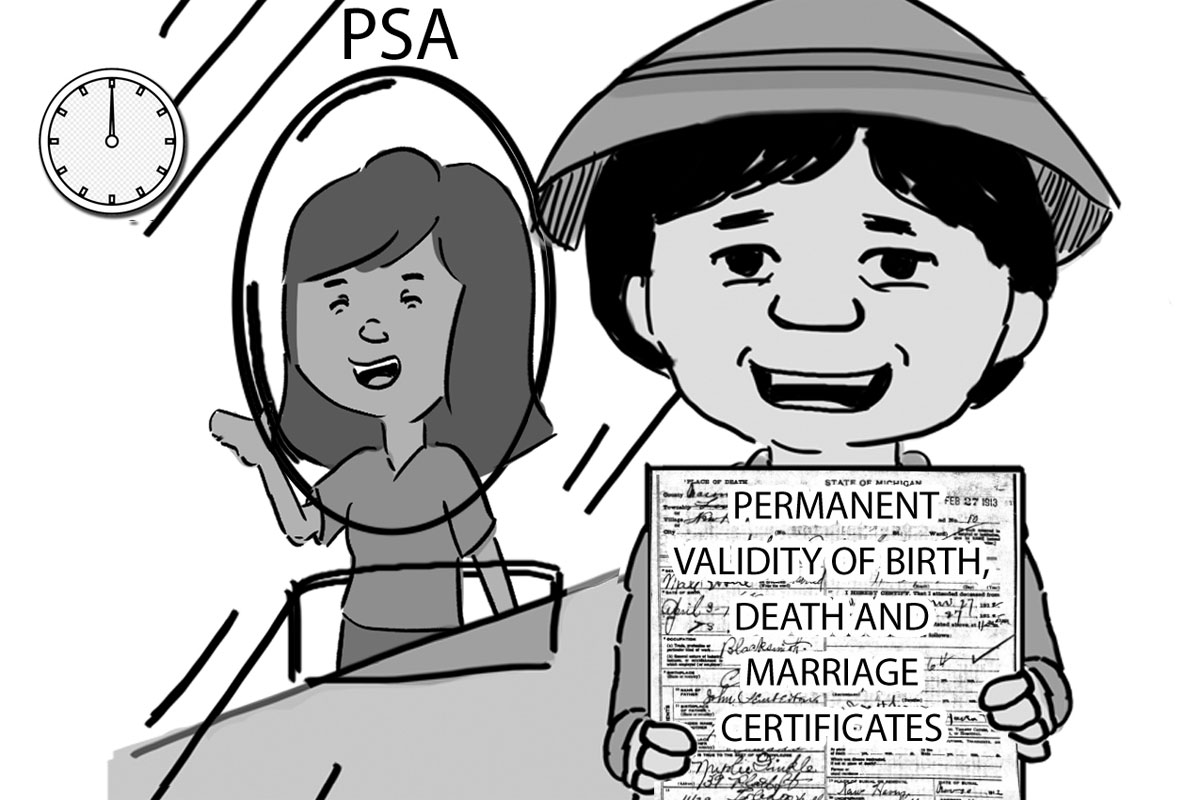 THE House of Representatives has passed on second reading a bill mandating the permanent validity of birth, death and marriage certificates issued by the Philippine Statistics Authority (PSA).

Described by many as “long overdue,” the proposed legislation is a welcome development in government efforts to help the people, notably the millions of jobseekers throughout the country.

The civil registry certificates issued by the PSA have a validity of only six months, forcing people to secure new copies of birth, death and marriage certificates as required by public and private offices.

The proposed measure prohibits public and private agencies from requiring the submission of newer copies of civil registry documents, like birth certificate, if a valid document is available.

In the absence of a PSA-issued document, it will be acceptable to submit the original certified true copy of a birth, death or marriage certificate issued by the local civil registrar.

An individual may also present certificates issued by the defunct National Statistics Office (NSO) that are printed in security paper with the birth reference number code or barcode.

The proposed law also provides for the setting up of a civil registry database in local civil registries and in Philippine foreign service posts to verify the authenticity of documents.

Thus, members of Congress would do well to speed up the passage of HB 9175.