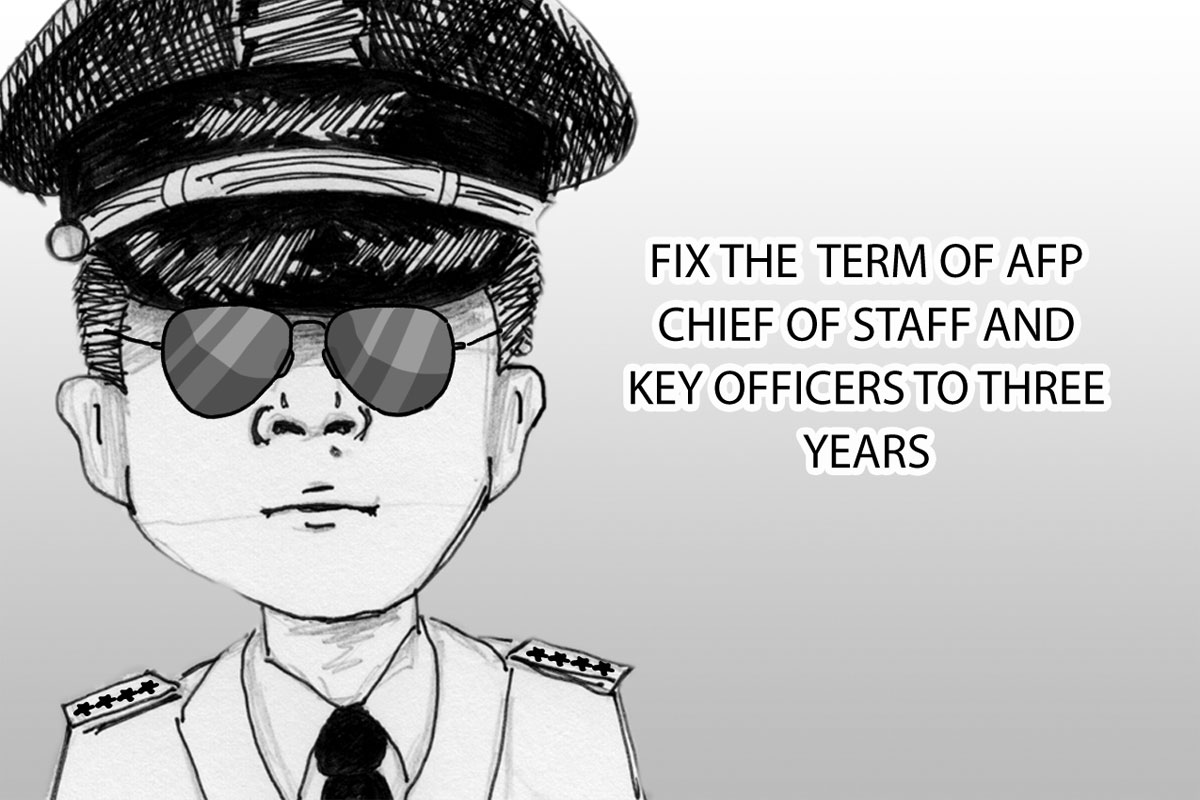 AMID the COVID-19 pandemic, the Senate has passed on third and final reading a bill fixing the term of the chief of staff and other key officers of the Armed Forces of the Philippines (AFP) to three years.

Described by various quarters as “long overdue,” granting the military chief a fixed term of office reflects the genuine concern over the continuity of the policies and modernization initiatives of the AFP.

Senate Bill (SB) 2376 gives the chief of staff a longer period to implement reforms and institutionalize sound policies that redound to the improvement and professionalization of the armed forces.

The measure is seen to end the “revolving door policy” and create a new culture of excellence in leadership and accountability in the military, according to Sen. Panfilo “Ping” Lacson, a retired police general.

Lacson, chairman of the powerful Senate committee on national defense and security, said: “Time and again, we see leaders of our armed forces come and go through the revolving door policy.”

These military leaders stay in their office “just to warm up their seats and not long enough to implement their legacy programs,” according to the highly-articulate policeman-turned-senator from Cavite.

We share the view of Lacson that the AFP needs continuity, stability, direction and a sense of professionalism that members of the armed forces rightfully deserve.

Like other well-meaning Filipinos, we cannot overemphasize the importance of the proposed legislation at a time when the country and the people face many challeges.

Is there something wrong in PNP’s Oplan: Katok?
October 23, 2021 Alfred P. Dalizon