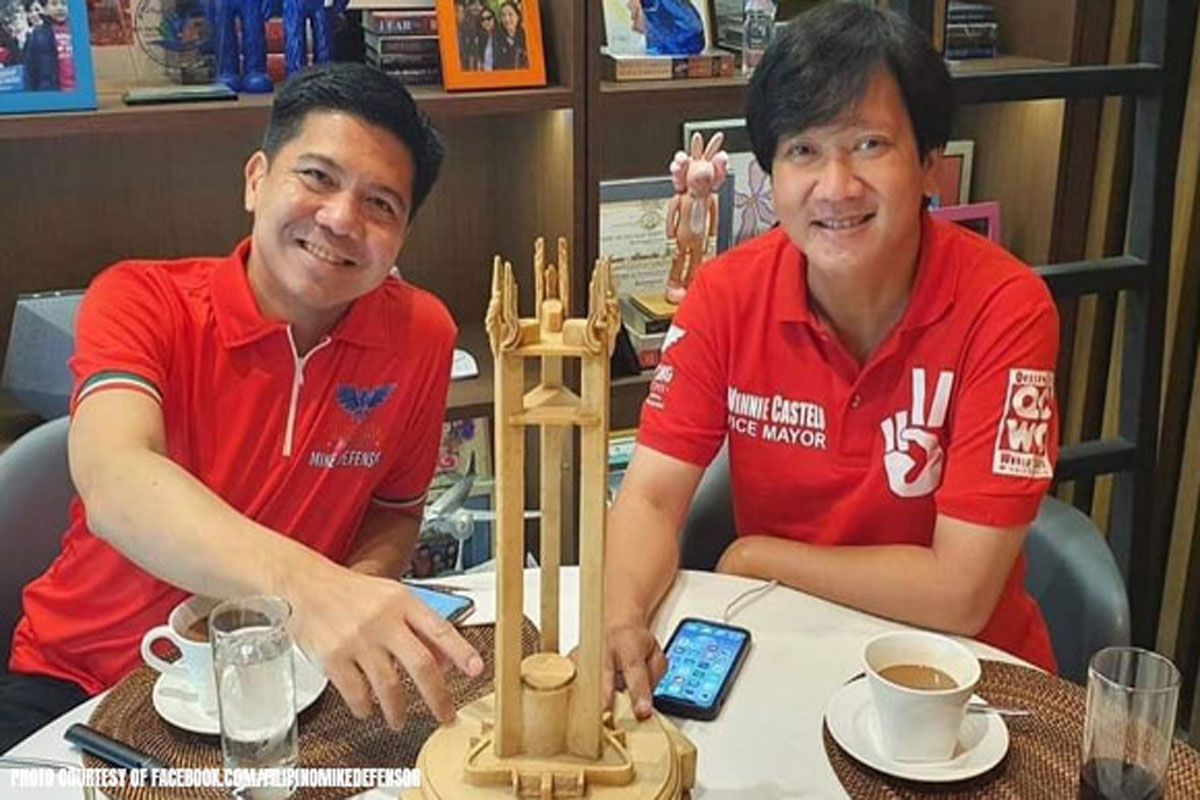 QUEZON CITY mayoral candidate Mike Defensor and his vice mayoral running mate Winnie Castelo have maintained their big lead over their rivals five weeks (except Holy Week) before the May 9 elections.

Based on the monthly tracking survey conducted by pollster The Issues and Advocacy Center last March 7-13, Defensor had a voter preference of 52% against incumbent Joy Belmonte’s 37%, for a 15-point margin.

On the other hand, Castelo increased his preference rating by six points from last month to 55%, while incumbent Gian Sotto had 30% or a 25-point lead.

The two mayor-vice mayor aspirants thanked Quezon City residents for their continued support. They reiterated their promise of a responsive, proactive, transparent, and caring city government if they get elected.

The two are running under Malayang Quezon City coalition.

All of the coalition’s candidates in the city’s six congressional districts are now ahead of their opponents.

In the first district, reelectionist Rep. Onyx Crilosogo had 54% against Juan Carlos Atayde’s 29%.

Another reelectionist lawmaker, Precious Hipolito Castelo of the second district, was preferred by 53%, while Ralph Wendel Tulfo Jr. had 31%.

Marvin Rillo of the Defensor-Castelo team overtook incumbent Jesus Suntay of the Belmonte ticket, 47% against 45%, in the fourth district, which is considered a bailiwick of the Belmontes.

It was the first time Rillo and Reyes led their opponents.

In the sixth district, former congressman Bingbong Crisologo was preferred by 51%, while Marvic Co-Pilar had 35%.