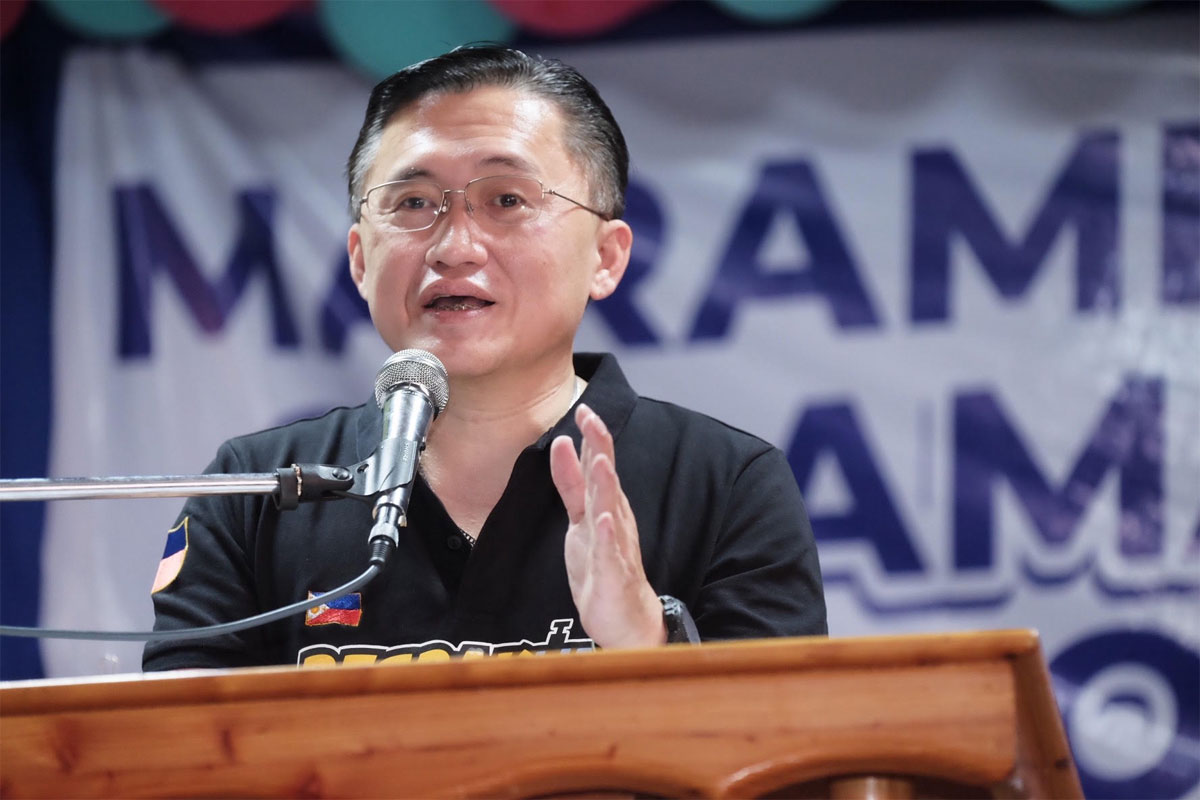 SENATOR Christopher “Bong” Go appealed for continued bayanihan efforts for sectors worst-hit by the COVID-19 pandemic as his office conducted yet another series of relief operations in Guimaras, this time for thousands of residents in Jordan, Sibunag, San Lorenzo, Nueva Valencia and Buenavista.

In a video message, Go also urged the residents to continue upholding the spirit of bayanihan so the country may recover swiftly from the challenges brought by the pandemic.

The team gave new pairs of shoes and bicycles to select residents to help them in commuting. They also provided others with computer tablets to help their children access educational materials.

Meanwhile, personnel from the Department of Social Welfare and Development handed out financial aid through its Assistance to Individuals in Crisis Situation program. The Department of Trade and Industry and the Technical Education and Skills Development Authority, in turn, conducted assessments of potential beneficiaries for their respective assistance programs.

The senator, as Chair of the Senate Committee on Health and Demography, encouraged those eligible to take part in the inoculation drive so they can better protect themselves and others from the most harmful effects of the virus.

The senator offered additional aid to residents with health concerns and advised them to seek medical assistance from the government through the Malasakit Center at the Dr. Catalino Gallego Nava Provincial Hospital in Jordan.

Primarily authored and sponsored by Go, Republic Act No. 11463 or the “Malasakit Centers Act of 2019” mandates all hospitals managed and administered by the Department of Health and Philippine General Hospital to establish their own Malasakit Centers to help particularly poor and indigent patients nationwide with their medical expenses.

Ending his remarks, Go recognized and thanked the local officials for their leadership and commitment to help their respective constituents overcome the challenges brought by the pandemic.

As Vice Chair of the Senate Committee on Finance, Go also continues to support infrastructure projects to improve the delivery of public service in the province and provide more economic opportunities for its residents. These include the completion of seawall protection in Buenavista, and acquisition of a dump truck for the local government of Jordan.