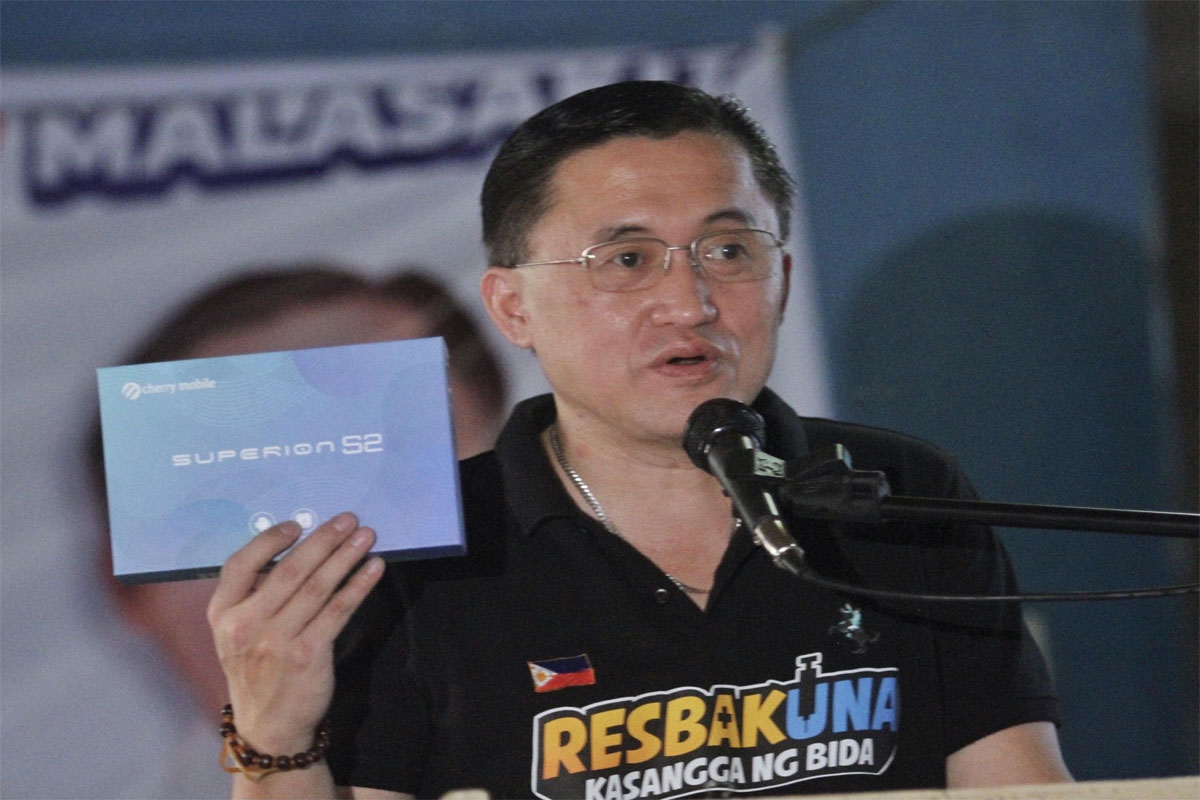 SENATOR Christopher “Bong” Go reiterated the importance of getting vaccinated as his team distributed assistance to disadvantaged residents in the cities of San Juan and Las Piñas on Tuesday, April 12.

The distributions took place at the San Juan City Gymnasium and Verdant Covered Court in Las Piñas City where Go’s team handed out masks and meals to a total of 3,366 residents. They also provided shoes, bicycles, cellphones and computer tablets to select individuals.

Representatives from the Department of Social Welfare and Development, meanwhile, extended financial support through its Assistance to Individuals in Crisis Situation program.

As Chair of the Senate Committee on Health and Demography, he underscored the need for the eligible residents to be inoculated and boosted against COVID-19 to safeguard themselves and their respective communities from the virus.

Although vaccination remains voluntary, Go once again urged those qualified to get jabbed, noting how the government’s national vaccination program has significantly helped in the decline of active COVID-19 cases in the country.

The government has obtained around 244.7 million doses of COVID-19 vaccines, 144 million of which have been administered as of April 11. Some 65 million Filipinos have obtained their first dose while 67 million are fully vaccinated. More than 12 million individuals have also received their booster shots.

Continuing his remarks, he urged those with health concerns to visit any of the 31 Malasakit Centers across Metro Manila, including those at San Juan Medical Center in San Juan City and Las Piñas General Hospital and Satellite Trauma Center in Las Piñas City, if they need help with their medical expenses.

Designed to assist poor and indigent Filipinos, the Malasakit Center is a one-stop shop where all relevant agencies are brought together under one roof to ensure that medical assistance programs are within the patients’ reach. The Malasakit Centers program has successfully assisted more than three million Filipinos with 151 operational centers nationwide. Go is the principal author and sponsor of the Malasakit Centers Act.

The senator then lauded the local government officials for ensuring that their respective communities are well-supported and for keeping their constituents safe especially amid the ongoing health crisis.

Last April 8, Go visited Sta. Cruz, Manila to personally check the situation of the fire victims and lead the distribution of relief to each affected household there.