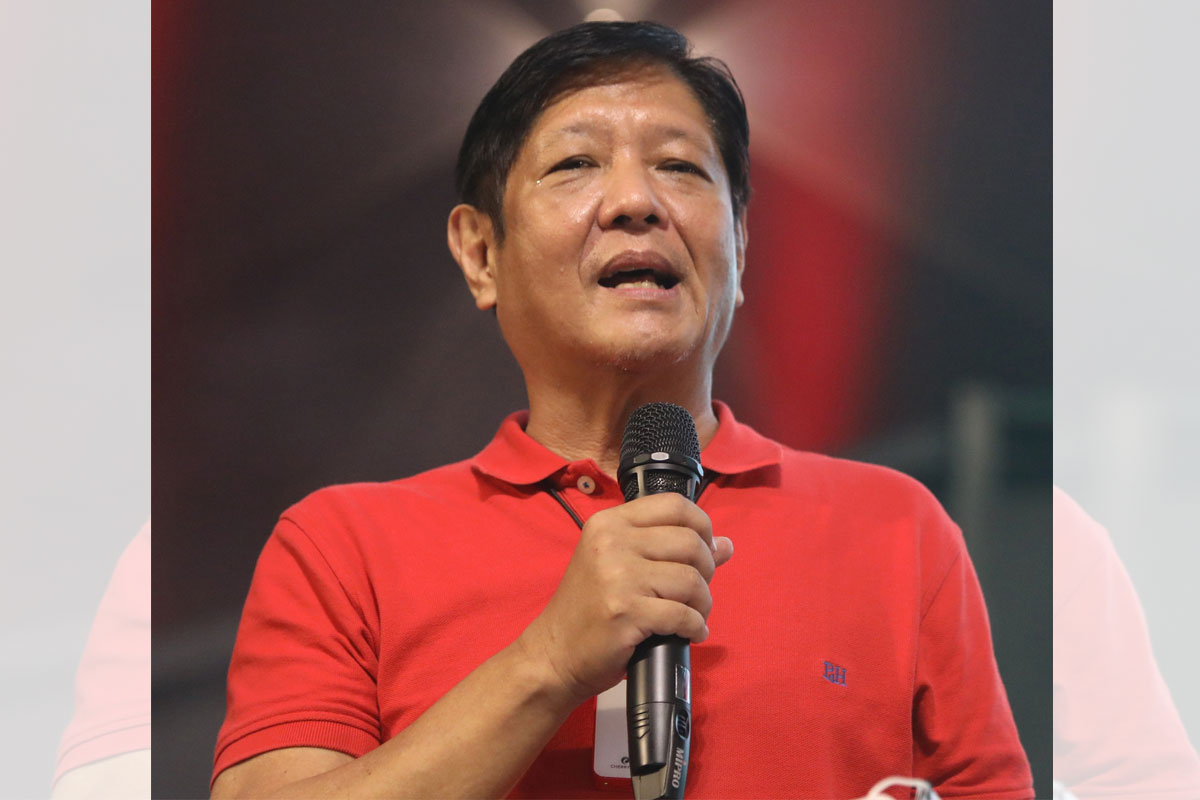 FRUSTRATED with the intermittent internet connections during his virtual press conference with Bicol and Western Visayas journalists, presidential frontrunner former Senator Ferdinand “Bongbong” Marcos on Wednesday reiterated that he would make the improvement and upgrade of country’s digital infrastructure a top priority after he is elected in the May 9 elections.

The press conference was halted several times due to bad signal prompting Marcos to take time in explaining his program on digital infrastructure.

“Pag-usapan na nga natin yung digital infrastructure. I think that’s a very clear indication, this is not a particularly demanding in terms of bandwidth ang ating ginagawa ngayon, but you can see all the difficulties that is why we cannot even have a zoom meeting without having problems,” said Marcos

Marcos insisted that the government must prioritize the strong internet connections around the country and should procure the latest technologies to be able to catch up with other countries if necessary.

“I think kayang gawin, because we don’t have to invent any new technology, what we have to do is that we have to adapt the best technologies that are around the world to the Philippine condition,” Marcos noted.

The presidential candidate said that the government must also focus on digital infrastructure particularly in this time of pandemic.

“We don’t talk anymore just about roads, and bridges, and buildings, we also talk about the digital infrastructure because it just became as important as what we used to call horizontal construction and vertical construction, yung tinatawag na hard infrastructure projects,” Marcos explained.

He also assured that people in the far-flung areas will also benefit from the said program.